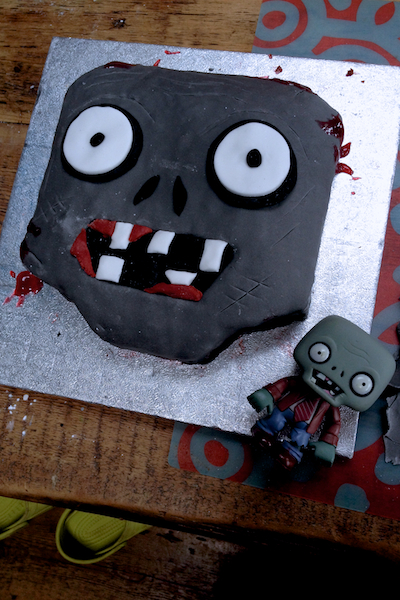 Arlo is obsessed with zombies. I think it comes from a combination of Scooby Doo and the Plants Vs Zombies game on the iPad. So when I asked him what kind of cake he’d like for his fourth birthday party, it had to be a depiction of the living dead. Naturally.

We didn’t want to give the other children at the party nightmares, so after ruling out most of the gruesome looking cakes we found on Pinterest, we decided to model the cake on the more adorable zombie out of the Plants Vs Zombies game.

Like last year it was a team effort, with me baking  the cake and Matthew taking creative leadership with the fondant icing.

How did we do it?

After it cooled Matthew cut sections of the cake out of the bottom to create a jaw line, and shaved a shallow well to create a recess for the mouth.

He then rolled out grey fondant icing until very thin and after brushing the sponge with raspberry jam that had been warmed in the microwave, he carefully covered it with the fondant.

Any splits in the icing were cleverly turned into wounds oozing raspberry jam. The rest of the features simply cut out of different coloured rolled fondant icing.

Fondant icing is brilliant as it gives such a crisp finish for novelty cakes. 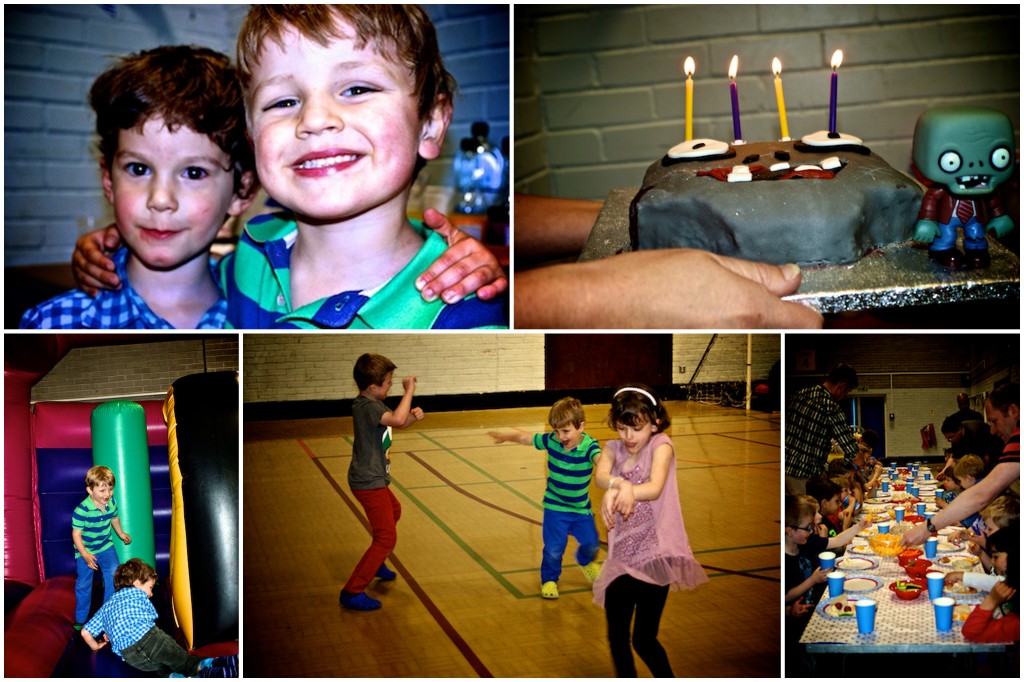 We joined forces with Arlo’s best buddy James and hit the local sports centre complete with bouncy castle and loads of their friends from nursery.

Sharing a party is just brilliant. Not only does it halve the costs, but you can split the tasks and it leaves you with more time to actually take in a bit of what’s going on rather than manically running around with plates of sandwiches and jugs of squash.

We served up a simple selection of sandwiches, mini sausages, crisps, popcorn, carrot, cucumber and cherry tomatoes. And as usual about a quarter of it was eaten!

We ditched plastic-filled party bags in favour of a book, a marshmallow pop and a slice of cake for each of the revellers. 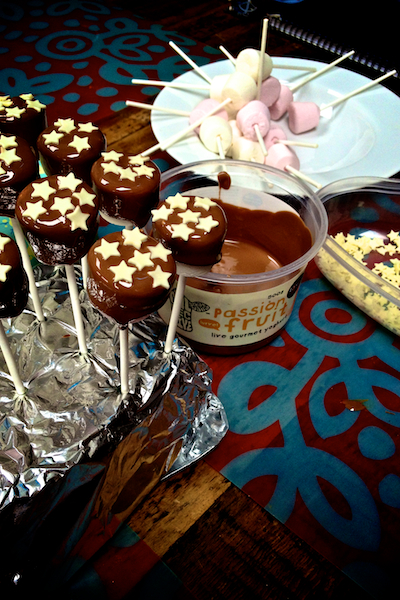 It also reminded me that one of my first ever blog posts was about Arlo’s 1st birthday celebration – so Feeding Boys and a Firefighter is three years old this month! Can’t quite believe how much Arlo has changed in that time, as has my life!

Have a good week everyone 🙂