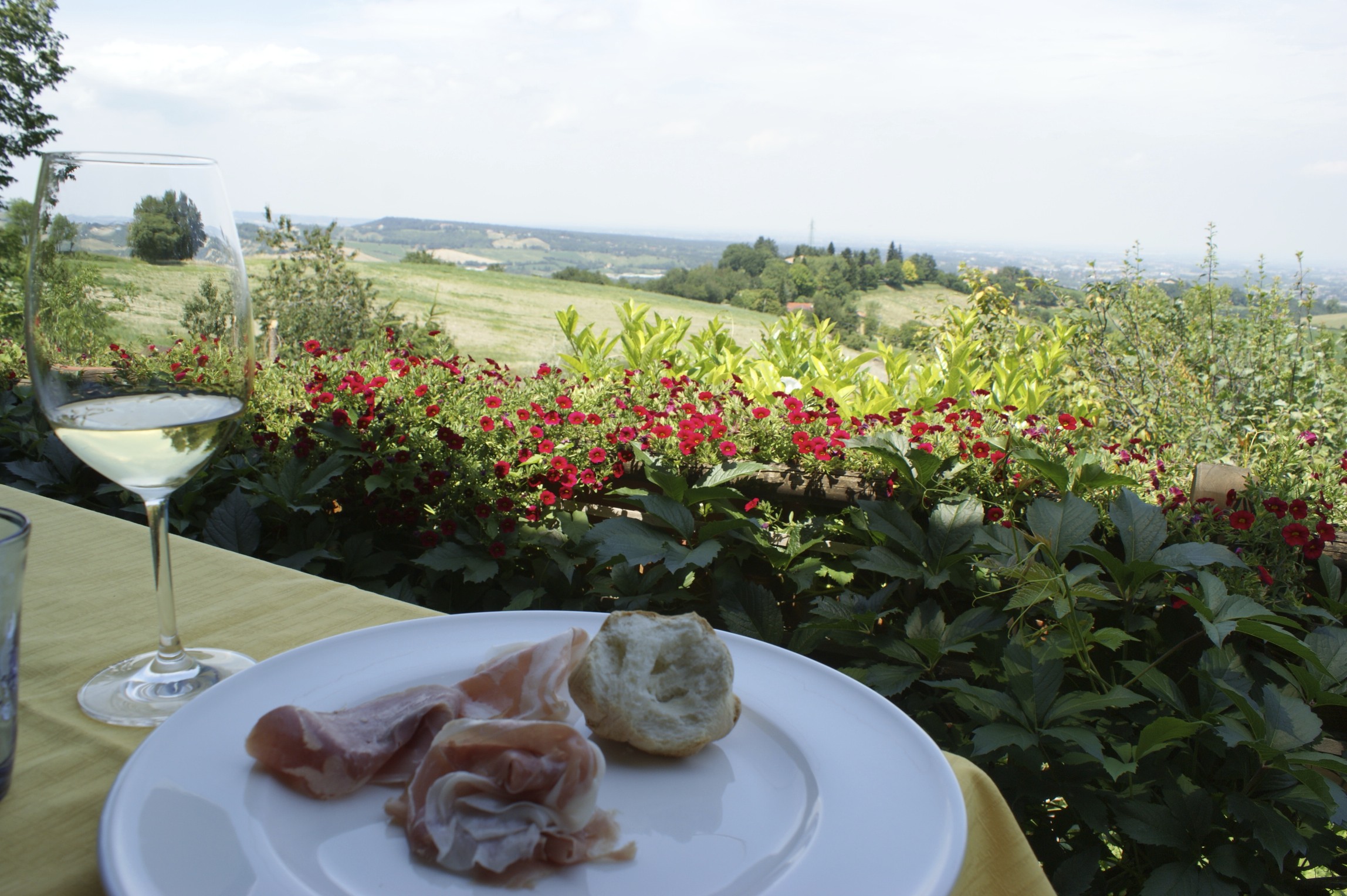 Parma - capital of the food valley - aka a pretty decent lunch spot!

I got my dream gig a couple of weeks ago – a three day trip with Discover the Origin to Northern Italy to investigate the heritage food of Parma for lovefood.com. 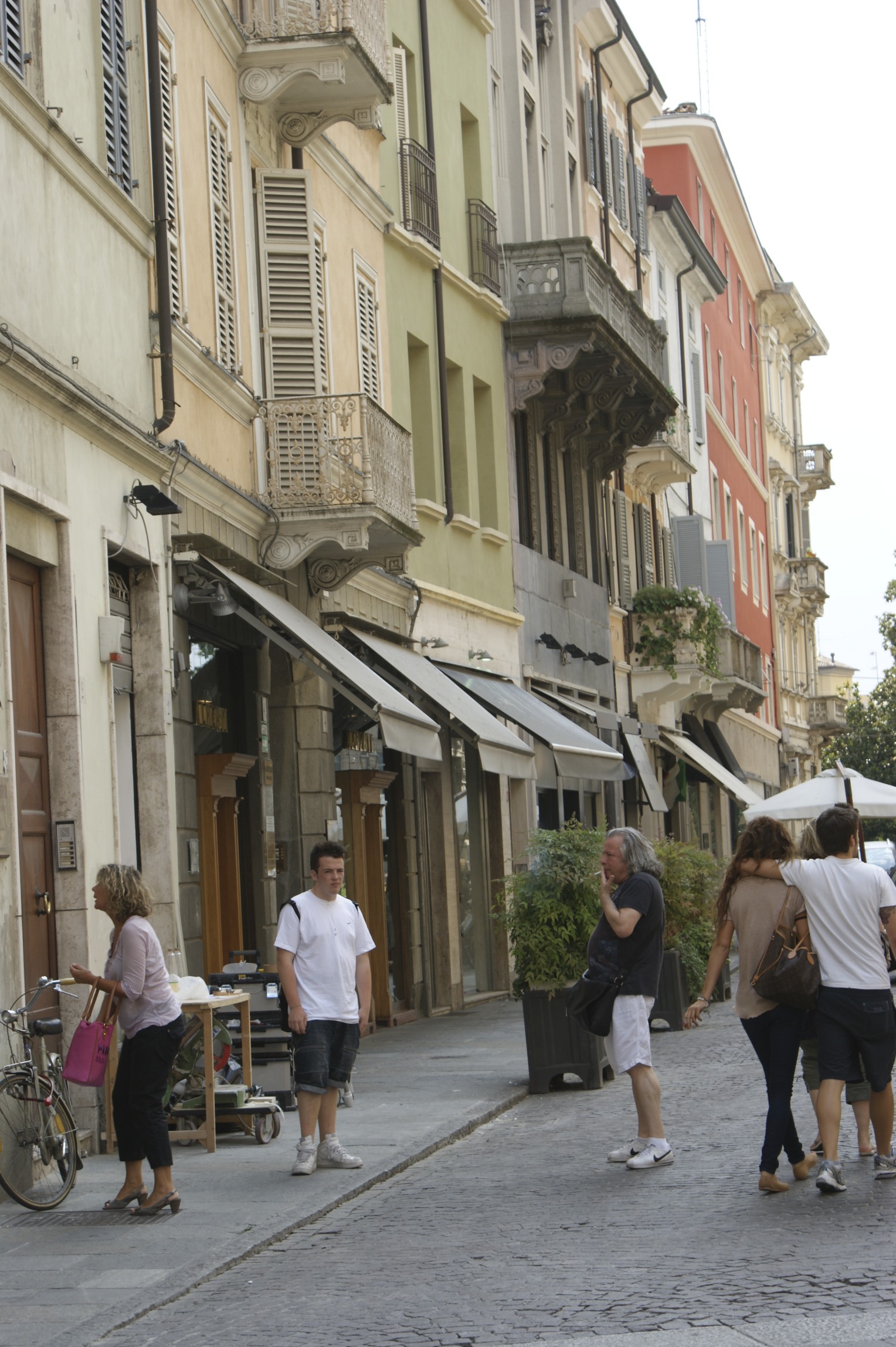 The chilled out vibe of Parma

My article will be published in August, but I thought I’d give you a glimpse of my visit as I was hugely impressed with the town and reckon it’d be a brilliant place to jet off to for a gourmet weekend.

It was a whirlwind tour of restaurants, Parmesan cheese and Parma Ham production, with some local history thrown in for good measure. I have quite a good appetite, but boy did the folk of Parma try and see just how much food they can stuff into an English journalist in three days!

It’s a beautiful town with cobbled streets, a rich history and ancient cavernous churches filled with abundant religious artwork which our enthusiastic walking tour guide Melanie, an ex-pat Brit, had great joy in giving us the lowdown on. Melanie moved to Parma in the 1970s and had an in-depth knowledge of the area which she divulged conspiratorially as we walked around the town.

Guided tours with people who live and breathe the area always give such a rich insight.

We visited traditional restaurant La Greppia in Parma Central where they’re passionate about presenting regional recipes, with dishes on the menu like cherry soup that date back to the 16th century.

The chef Paola is not some primadonna but the wife of the owner who talked her into the job when they took the place over in the 1970s. She then discovered her passion and creativity in the cucina. 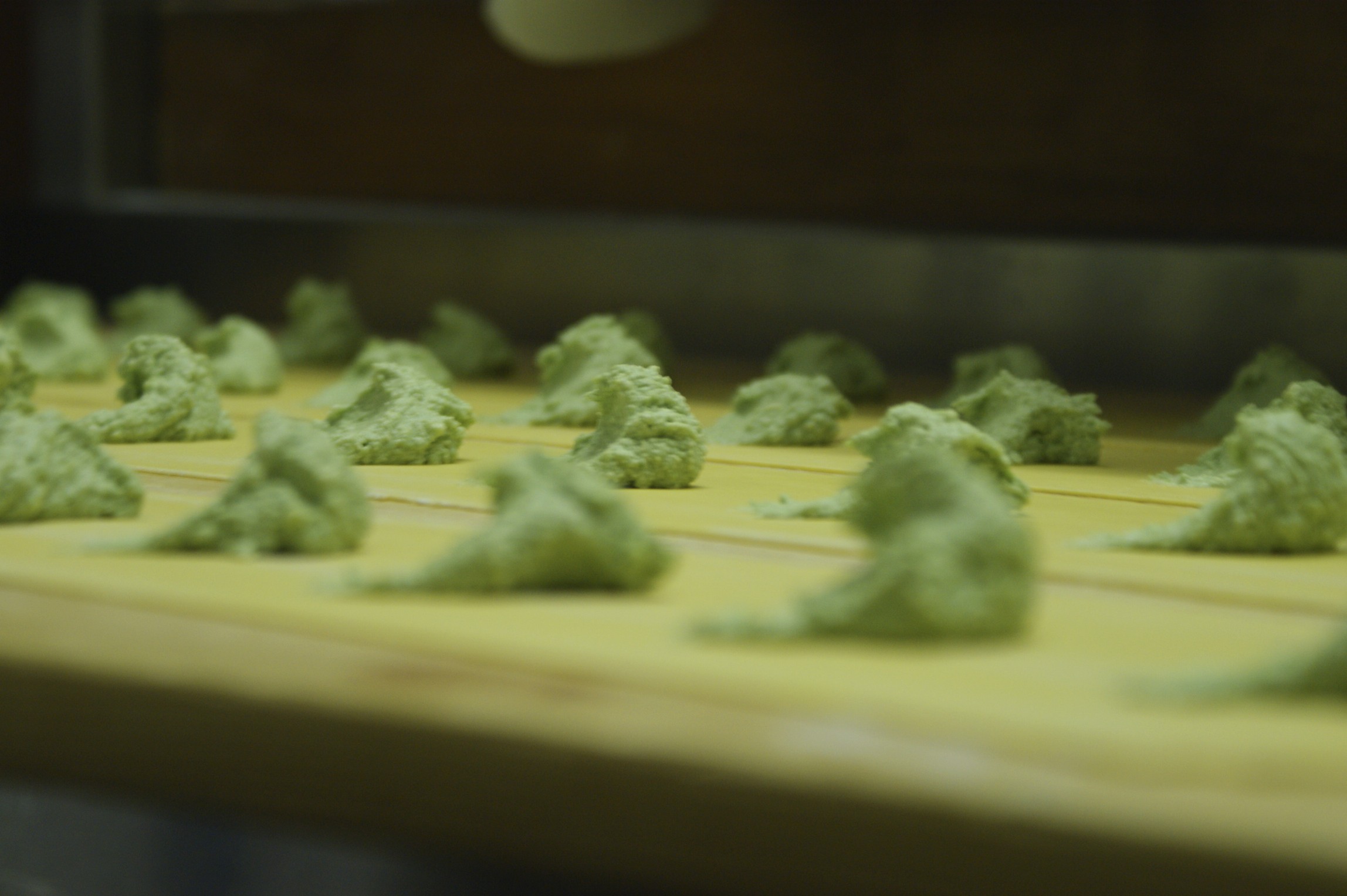 While we chatted she rattled off a batch of ravioli for that night’s service and even gave me the recipe!

Watching Parmesan Cheese being made was totally fascinating – I was blown away by what a natural process it is. It’s made from raw cow’s milk and the only things added are calf’s rennet, whey and salt. It’s been made in the area for over 700 years and has changed very little in that time. 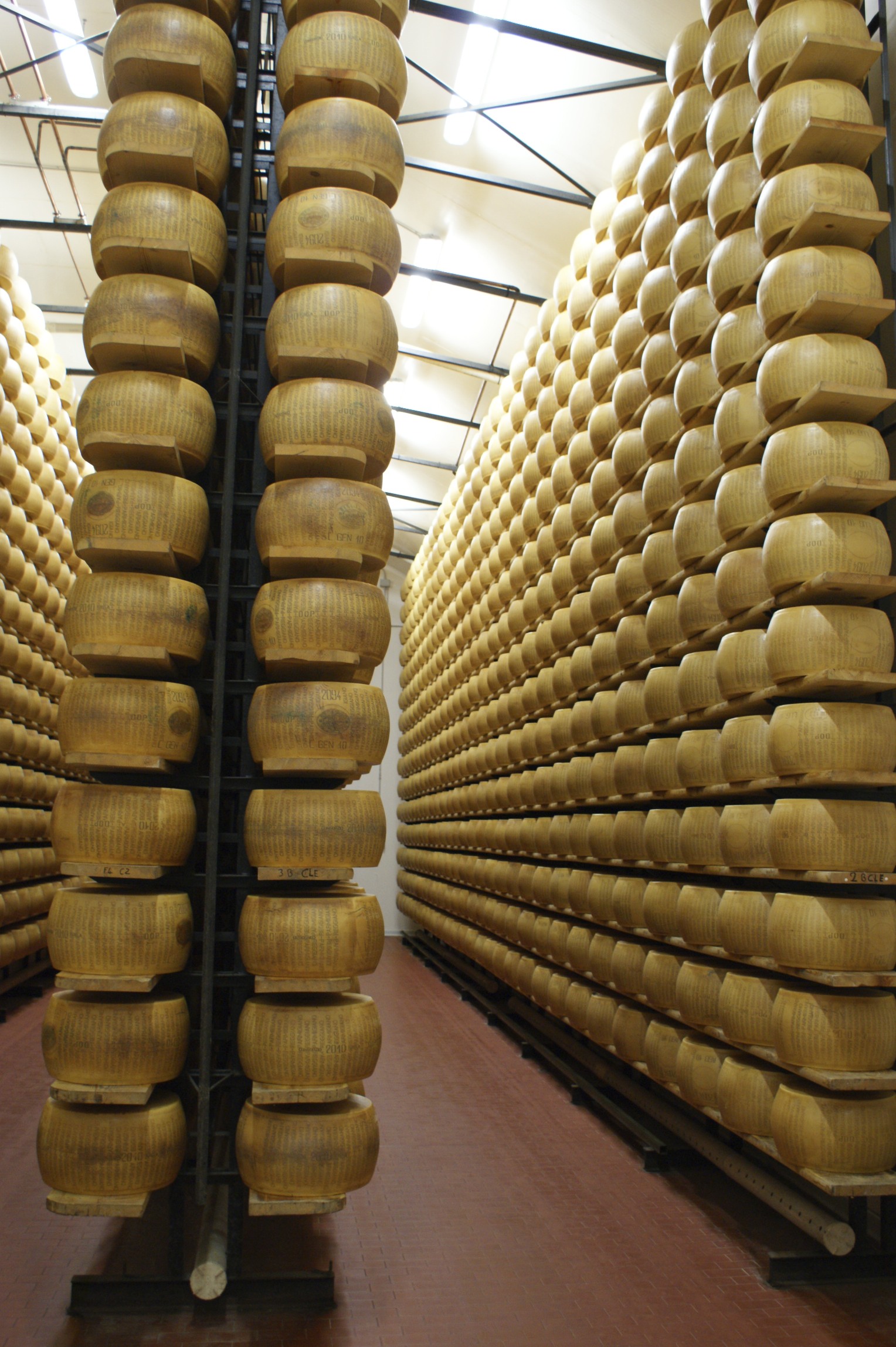 Similarly when I visited the Parma Ham factory I was expecting lots of equipment and noise, but there are just vast rooms where legs of ham quietly hang curing. The windows might get opened occasionally should the weather conditions be right, but there’s very little interference. 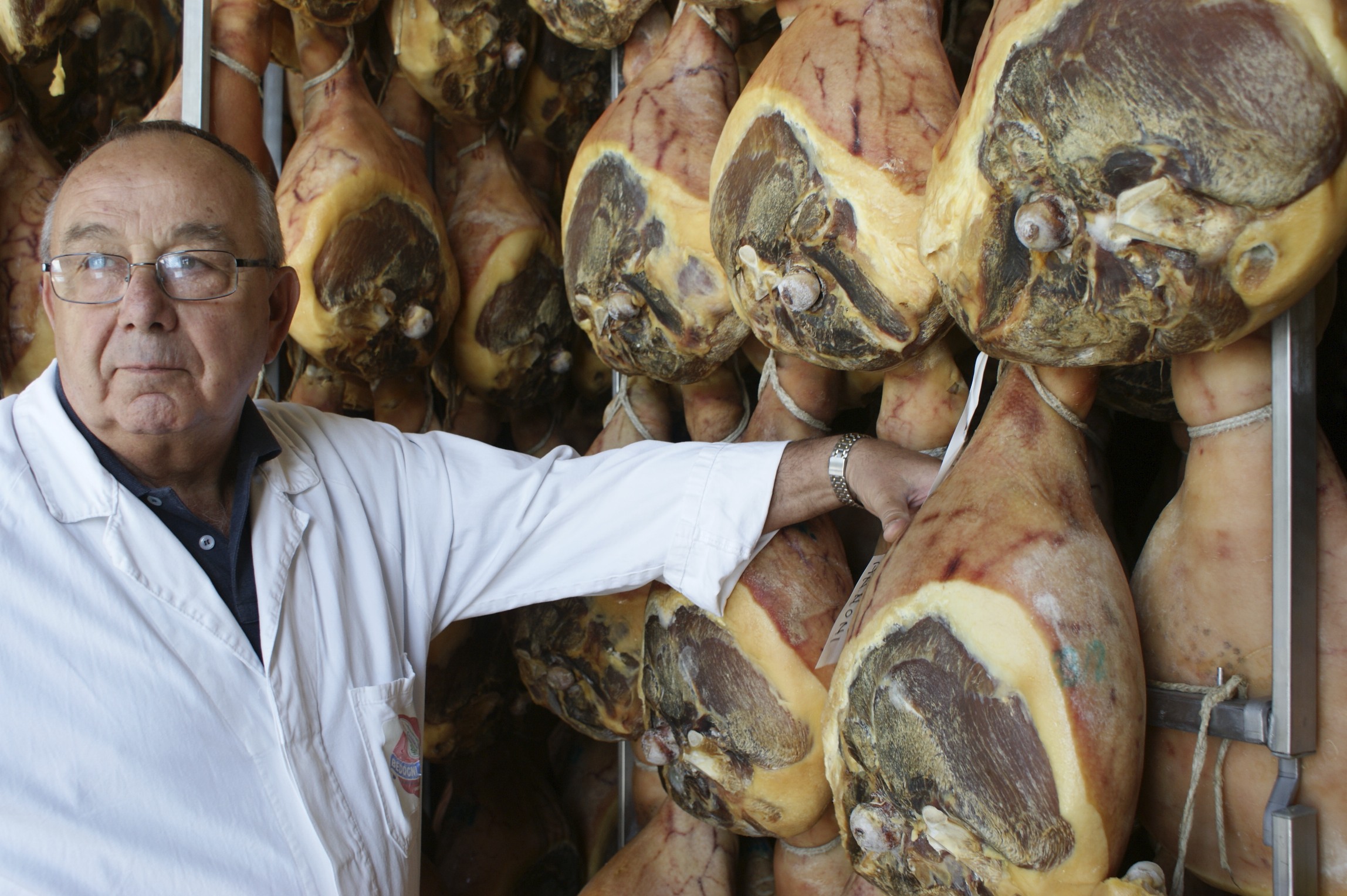 Hugely proud of the heritage of his hams

Both products have been legally covered by the European Union’s Protected Designation of Origin system (PDOs) since the 1990s. This means that only Parmesan Cheese from a very clearly defined area is allowed to bear that name, and it’s the same with Parma Ham.

I’ll not bang on about it too much here though – you’ll be able to get a more detailed account in my article in August. Just know that both products are lovingly produced with centuries worth of skill.

So yes, lovely lovely Parma was an incredible place to pile on the pounds – but at least they were good quality pounds! I’d recommend a visit in September when they hold their annual Festival del Prosciutto.