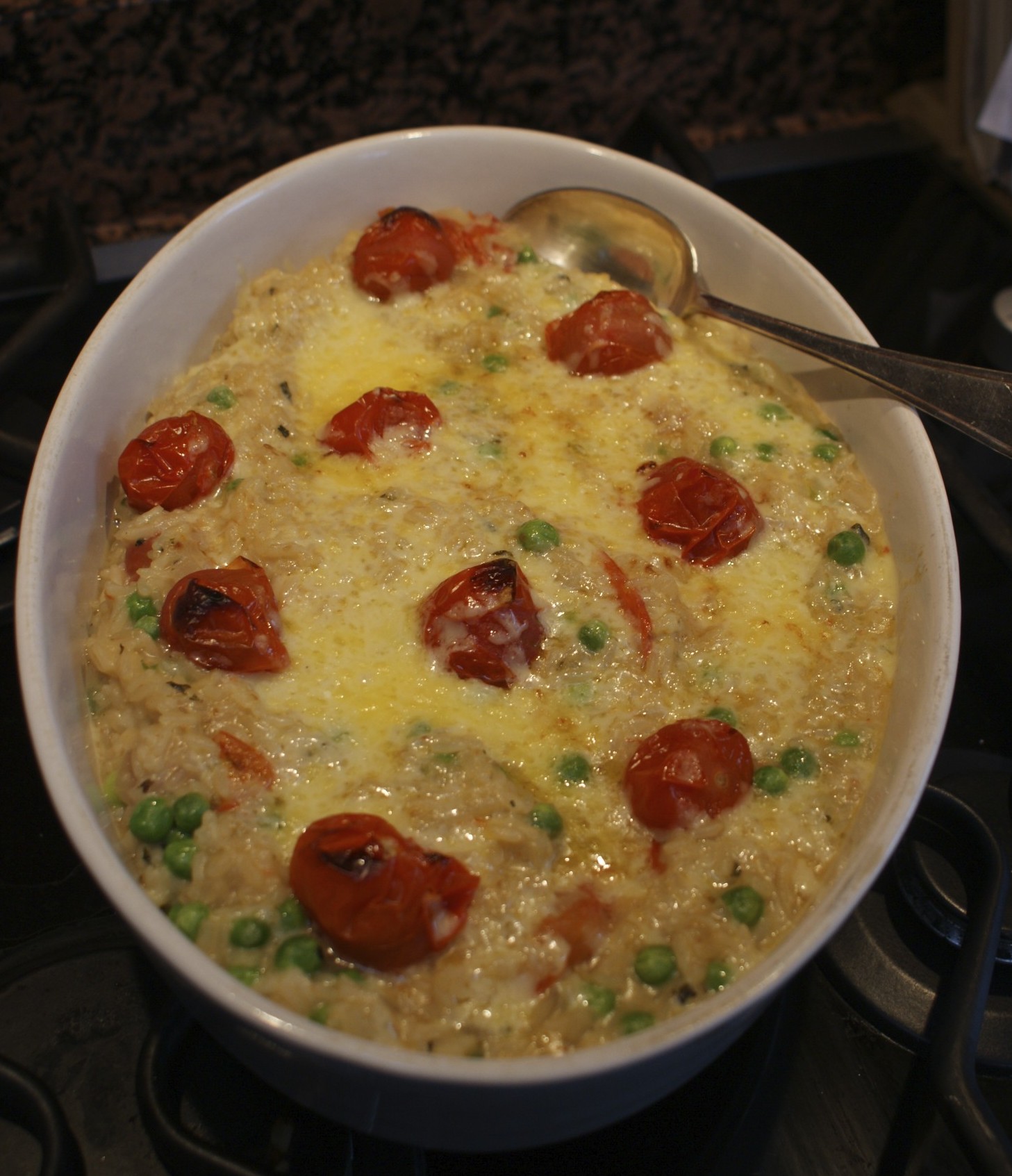 This comforting dish is similar to a risotto except you’re using less sophisticated ingredients like ordinary long grain rice and cheddar cheese. It’s also less laborious – only needing an occasional stir rather than constant monitoring.

I spotted the recipe in August’s Good Food Magazine and thought it looked like a veggie family-pleasing winner. I added frozen peas to the recipe – natch – but otherwise stuck with their instructions.

It’s filling, tasty and was hoovered up unanimously. It’s great for defeating huge appetites as the starchy rice combined with melted cheese soon fills people up. Those wanting to keep things light needn’t add so much cheese – I use the reduced fat Cathedral City stuff which doesn’t taste like lightweight diet fodder at all as it has a creamy texture.

You could even leave the cheese out entirely – rice cooked in vegetable stock is really yum in itself and disgustingly healthy!

If you want to meat it up you could easily add the shredded leftovers from a roast chicken once the rice has cooked and then gently heat through. 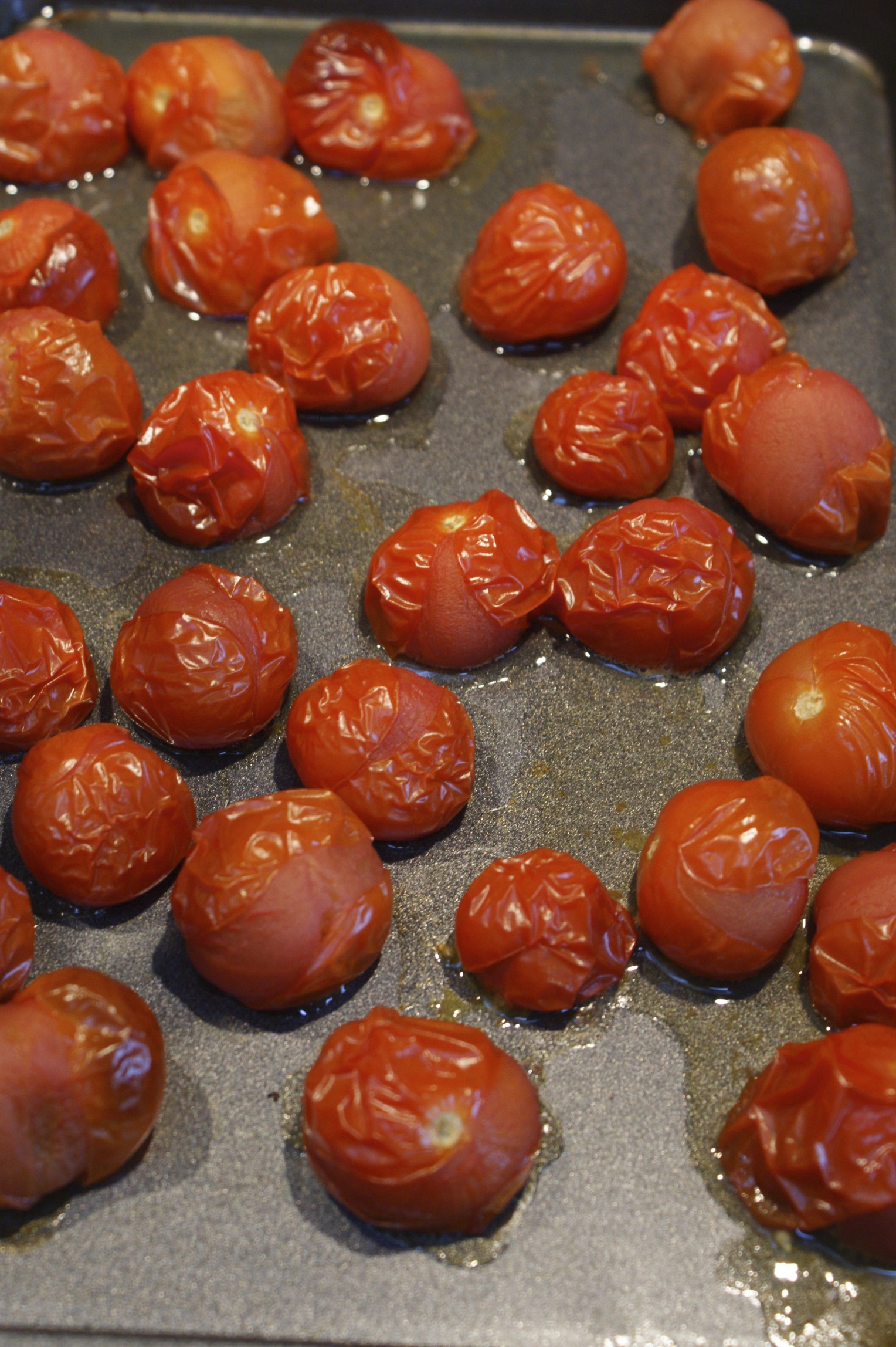 In a large pan heat the oil and gently soften the onion and oregano for a few minutes then add the rice and stock. Bring to the boil and bubble for 15 minutes, stirring from time to time to prevent sticking, until the rice is cooked. Set your grill to high.

Stir about three quarters of your cheese and roasted tomatoes into your cooked rice until melted and well combined. Pour into an ovenproof dish then sprinkle the rest of your cheese evenly across the top and dot with the remaining roasted tomatoes. Cook under the grill for a few minutes until golden and bubbling. Serve with a fresh green salad.

« Busting a gut in Italy
Winners: Notes From My Kitchen Table by Gwyneth Paltrow »