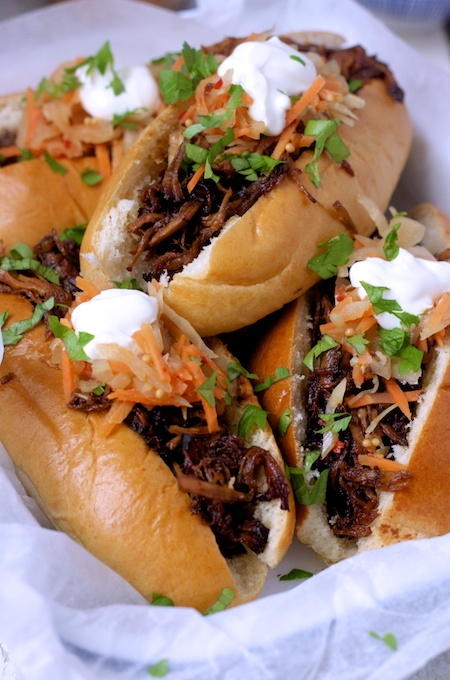 An easy but sumptuous recipe with sticky strands of tasty pulled pork stuffed into soft brioche rolls piled high with heaps of spicy slaw and sour cream. This is a serious amount of sandwich and it’s my second recipe featuring the Baxters Deli Toppers range.

The Spicy Slaw is a lively topper, but not too overpowering. It’s a mix of shredded cabbage, carrots and onions pickled with mustard seeds and chilli. I much prefer a tangy and light slaw like this, rather than a mayo-heavy version. It’s a really simple way to liven up salads, perfect for stuffing into pittas with your favourite cheese and I bet it’s lovely with grilled chicken. 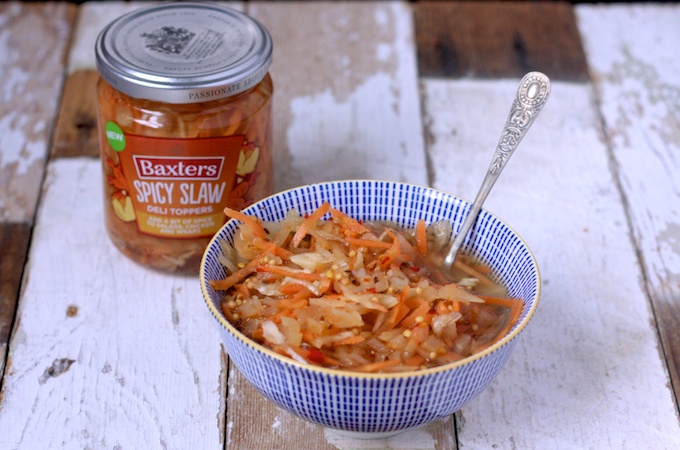 I’ve always wanted to make pulled pork in my slow cooker, and this felt like the perfect opportunity. While this is hardly a quick recipe, the actual time spent hands-on cooking is miniscule. You just bung in the ingredients and let the slow cooker do the work while you’re out for the day. Come home and it’s ready to shred and stuff in your sandwich!

I cooked the pork tenderloin in a mixture of soft dark brown sugar, intense balsamic vinegar and maple syrup for a truly finger-licking sweet and salty flavour and sticky texture. As you can see it shredded up a treat. 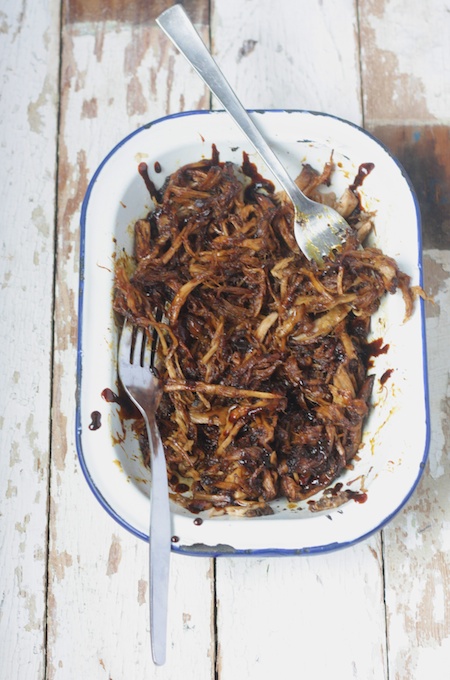 To get a really luxurious finish on the meat, I lifted the pork out of the slow cooker, poured the cooking liquid through a sieve and then reduced it down into a thick and sticky sauce in a pan. This only took about 10 minutes. I then shredded the pork and poured the sauce over and tossed it through for a lovely glossy coating. It’s worth that little bit extra effort.

It really is then just a case of stuffing the brioche rolls with the meat, spicy slaw and some sour cream. A scattering of flat leaf parsley and you’re ready to serve. I reckon it’s the perfect thing to put on the table at the weekend for a gaggle of friends, or for a movie night on the sofa with the family. 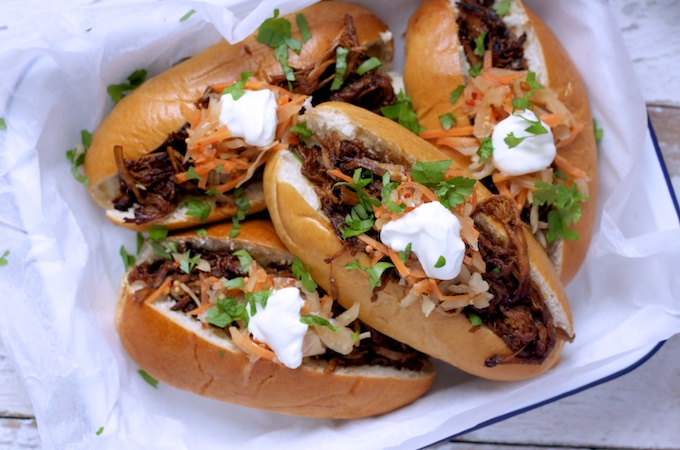 Other items in the Deli Toppers range from Baxters include red onion, red slaw and jalapeños. RRP is £1.49 from the major supermarkets. Watch this space for more recipes and ideas, check out delitoppers.com and follow the conversation on Social Media with #GetTopping. You can also win a jar so you can try them for yourself! Click here to find out more 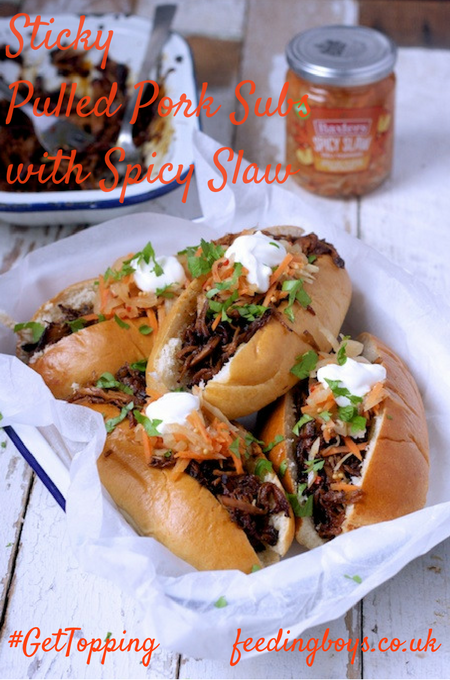 Disclosure: I have been commissioned by Baxters to create and share this recipe with you. All views and images are my own.