Eating out at a shopping centre used to mean a limp burger in a harshly lit branch of Wimpy, or shuffling around a food court with a tray trying to decide what to have on your jacket potato at spud-u-like. I’m showing my age there, but these days the chains have all gone upmarket and there are some cool new concept restaurants on the scene.

Thai Street Food restaurant Thaikhun is one of the eateries to open this Spring in the new extension of the Qube at the intu Metrocentre in Gateshead, and I was lucky enough to bag an invite to their press night. It was great timing as my friend and ace photographer Sharron Gibson was in town, so it turned into a much-needed girly shopping trip followed by a slap-up Thai meal with cocktails – result! 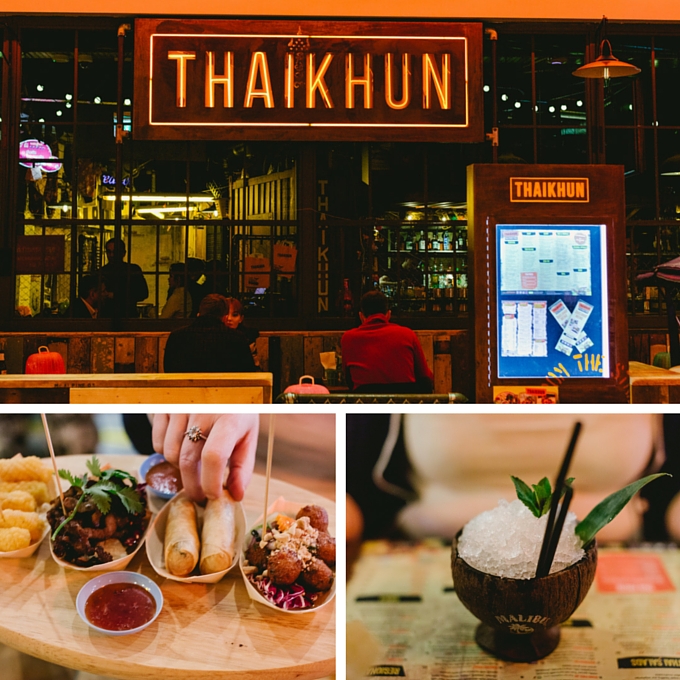 The name ‘Thaikhun’ (pronounced ‘tycoon’) celebrates the street food sellers in Thailand who are real tycoons – owning and running their own food businesses and leading the way in Thai street food. And it’s on the streets of Bangkok that Thaikhun’s co-owner Kim Kaewkraikhot started cooking before opening her first restaurant in the city.

Fast forward a few years and Kim meets entrepreneur Martin Stead and the Thai Leisure Group is born. The partners now have 11 Thai restaurants across the North of England and Scotland.

In a departure from the usual formality of traditional Thai restaurants, Thaikhun has a super-relaxed vibe with an open kitchen so you can see the chefs at work, as well as traditional artefacts and decorations sourced from the street markets of Thailand.

Instead of softly spoken staff in freshly pressed silk outfits, the workers of Thaikhun are whooping and hollering and pouring multiple shots of Thai whisky. Obviously this was press night so they were putting on a good show, but we got the impression this is the party atmosphere they’re aiming to give their customers.

They’re definitely part of the latest trend of bringing the holiday to the high street with Wahaca and Turtle Bay being other successful examples.

Perhaps with more of us opting for a staycation instead of venturing abroad there’s a growing demand to get that same feeling eating out. It’s certainly the closest i’m going to get to holidaying in Thailand anytime soon. 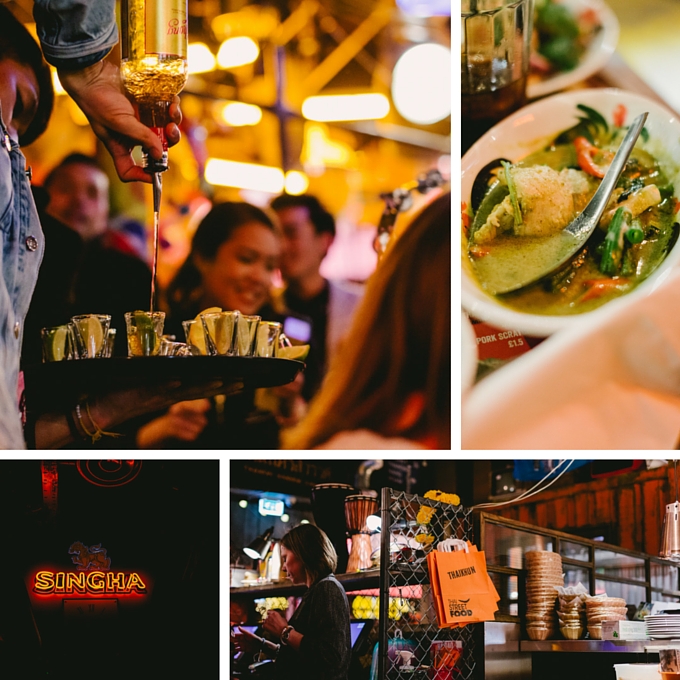 Obviously with it being a night for the press and bloggers, the staff were freshly trained and full of buzz. But would the food match the atmosphere?

The menu offers an array of over 50 dishes which include classics such as; Thai curries, stirfries, soups and salad along with a ‘Street Bites’ section, which offers more hands on, street style food.

As it was the restaurant’s chance to showcase their menu, we were brought a selection of dishes to try. The table was literally packed out with food.

Highlights from the Street Bites menu were the delicious Sweetcorn Cakes with sweet chilli dip, the tasty morsels of Honey Pork and for the pure taste of Thai flavours, the little traditional fish cakes were divine. The Salt and Pepper Squid was too salty for me though.

Moving on to the main courses the stand-out dishes were the creamy and fragrant Green Curry and the best Pad Thai i’ve tasted in a while which certainly puts Waga Mama’s bland version to shame. 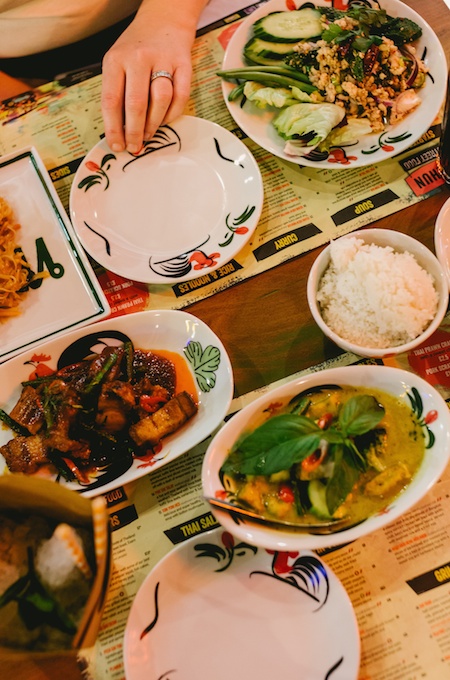 The good-time party atmosphere of Thaikhun has a lot to do with their cocktails. Their menu features a plethora of sumptuous concoctions, such as Bangkok Chill and Phi Phi Bellini. We tried and were impressed with the Thai Takeaway (which came in a box) and I had the Virgin Coconut Mojito as I was designated driver. Really that’s the main drawback of having a night out at a shopping centre off the A1 – someone’s got to drive!

Oh yes, and they have Singha beer on tap… next time I’m NOT driving! 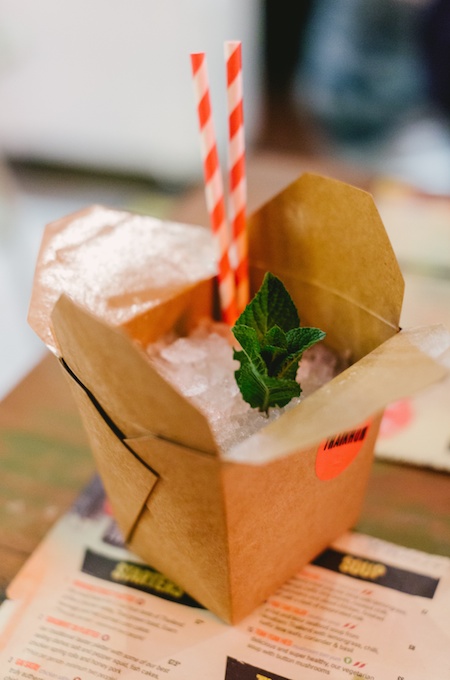 Thaikhun offer a takeout menu with over 30 of their  dishes, so if you want to take the party home at the end of a shopping trip you can grab your food to go and then mix up your own cocktails at home!

I’ll definitely be taking Matthew along for my next visit, there were plenty of vegetarian options for him to try and it’s the perfect place to forget about real life for a few hours and be transported to the hospitable atmosphere of a warm Thai island. 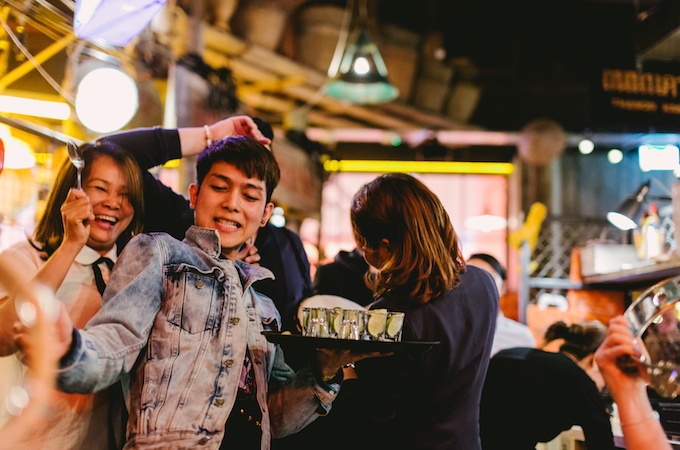 Disclosure: With thanks to Thaikhun  for our complimentary meal and drinks. All opinions are my own and gorgeous photography by Sharron Gibson.