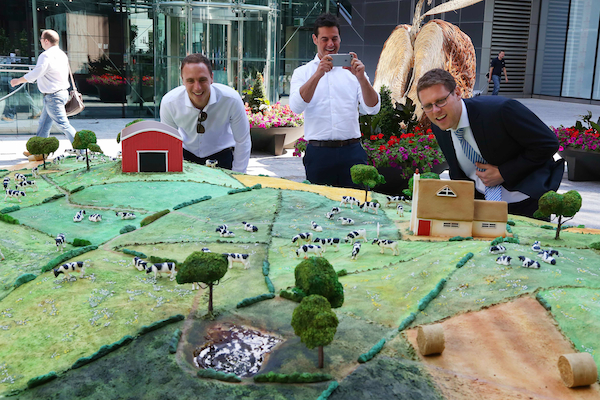 Busy Londoners were stopped in their tracks at Liverpool Street station this week by a herd of cows… albeit miniature made-of-icing cows wandering across a 10 square metre cake, weighing over half a tonne and depicting a real Irish meadow.

Complete with rolling hills, hay bails, hedgerows, and a farm house, the handcrafted pieces were made by world renowned food artist Michelle Wibowo in partnership with iconic brand Kerrygold butter. 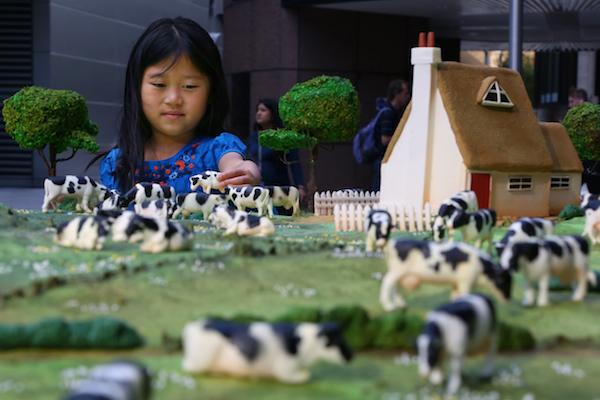 The cake, which took over 168 hours to create, was made to celebrate Kerrygold’s ‘Tales From The Meadow’ campaign after their national research found one in ten Brits have never visited the countryside. The stats are fairly depressing:

These are the kind of experiences that my childhood was full of, but with 74% of our nation now living in towns and cities, there’s a real disconnect between people and our amazing countryside.

So it’s clearly time to pack up a picnic, get yourselves out of the smoke and get acquainted with some nature!