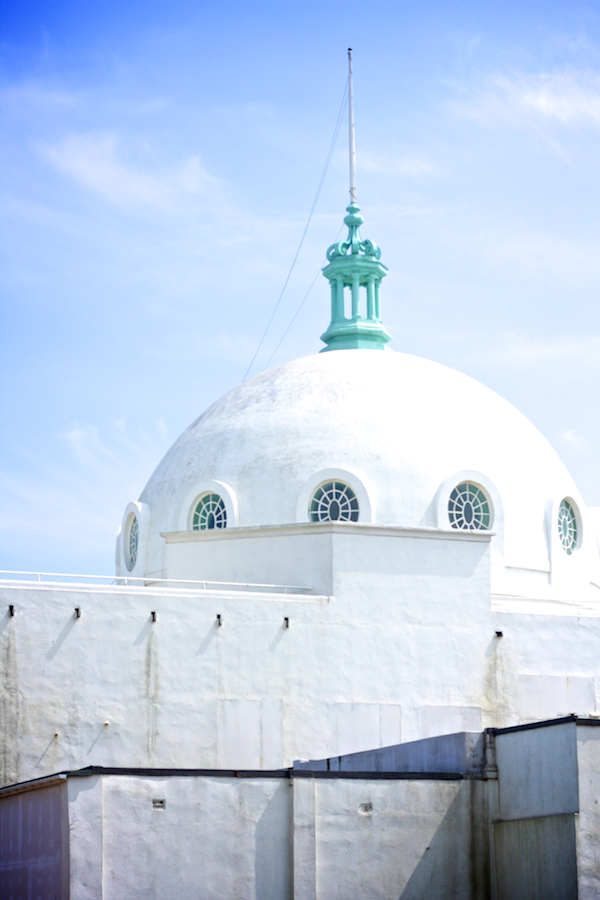 I spent a few precious hours on Saturday wandering around Whitley Bay’s 2nd Annual Proper Food & Drink Festival, while the boys were off with their dad at a swimming birthday party. I’m probably not the only mum who swerves those kind of invitations 😉

The freshly washed dome of Spanish City basked in the sun as hundreds of foodies flocked to the seaside to eat their way around the buzzing marketplace set up for the weekend’s festivities. Live music blasted out into the Pimms-soaked crowds, breathing life back into the usually deserted plaza. It’s a glimpse of a new vibrant scene for Whitley Bay that the community are really ready for. 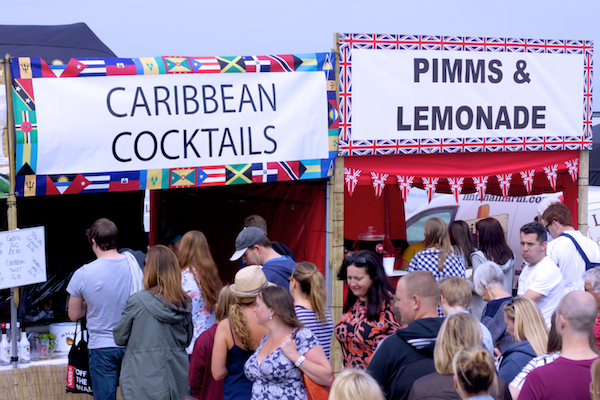 As much as I love the usual fish ‘n’ chips and ice cream that our seaside town is so expert at offering up, it was really refreshing to see funky food trucks in town with Japanese, Mexican, BBQ, Wood Fired Pizzas, Goan Curries and Churros up for grabs. I could hear the good-natured queues of people trying to figure out which truck to choose as it all looked and smelt so amazing. 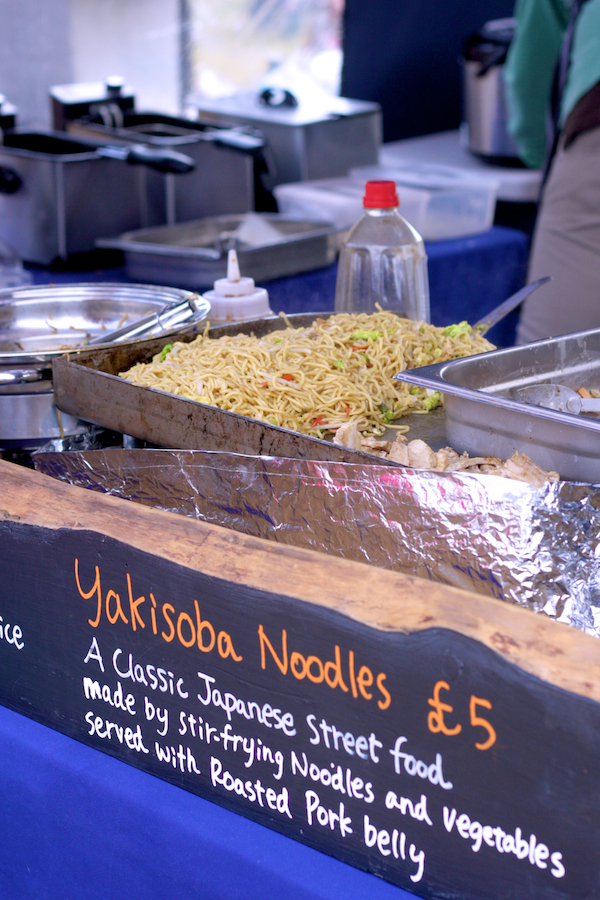 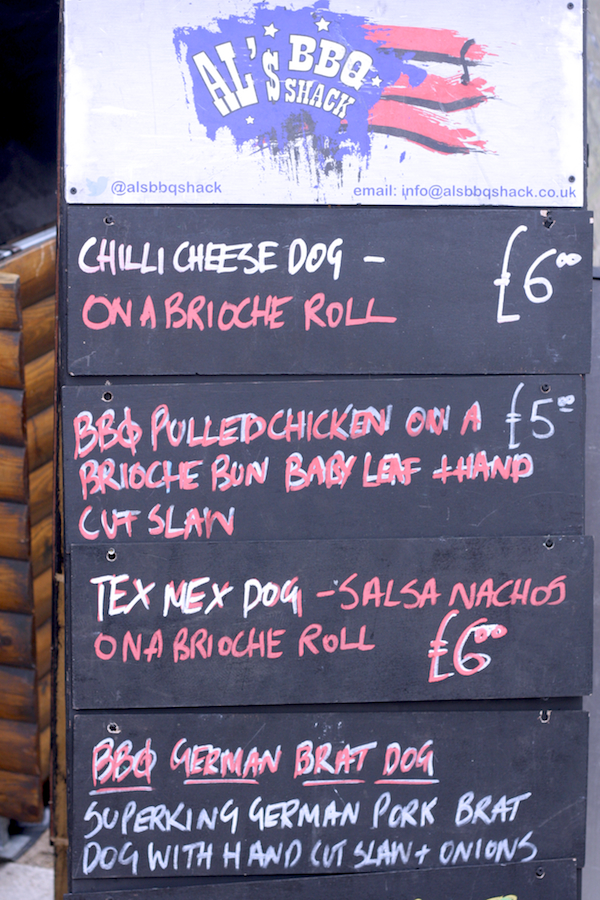 Al’s Barbecue Shack were a real hit with the crowds

And when you were done filling up on hot fresh street food, there were rows and rows of stalls packed with local produce – artisan breads, cutesie cupcakes, hand crafted cheeses, elegant cordials, flavoured gins, all kinds of sausages, honey, jams, pickles and chutney, chocolate… 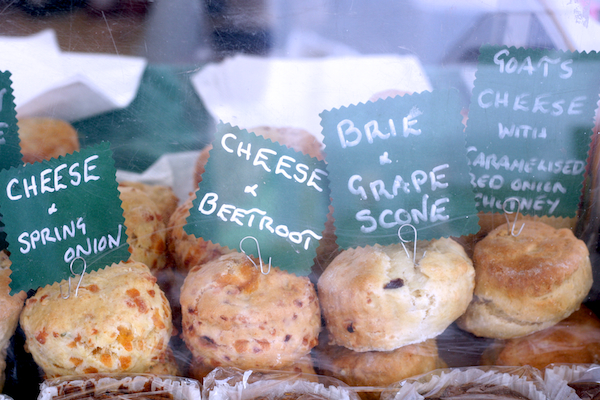 I tried a rhubarb and ginger scone from Chirnells Farmhouse Kitchen, and it didn’t disappoint. A generous bake with real pieces of fruit, it was delicious with lashings of butter and jam. 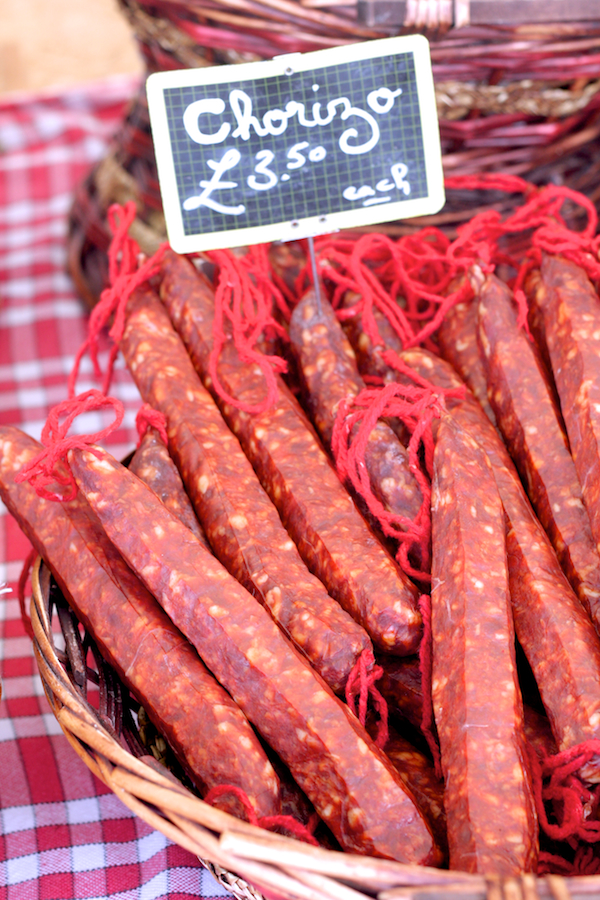 Sausages are clearly a local passion, with continental offerings like this fiery red basket of chorizo… 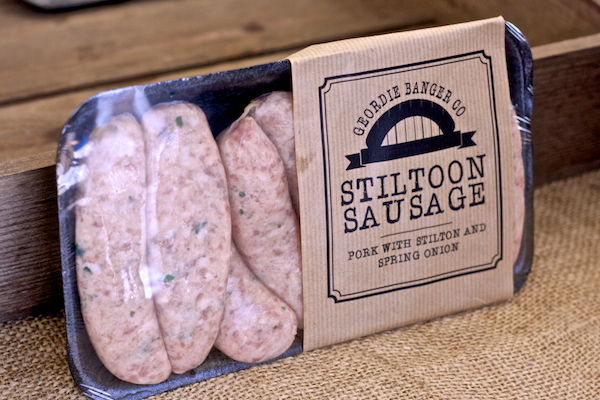 as well as a more regional approach from the brilliantly named Geordie Banger Company. 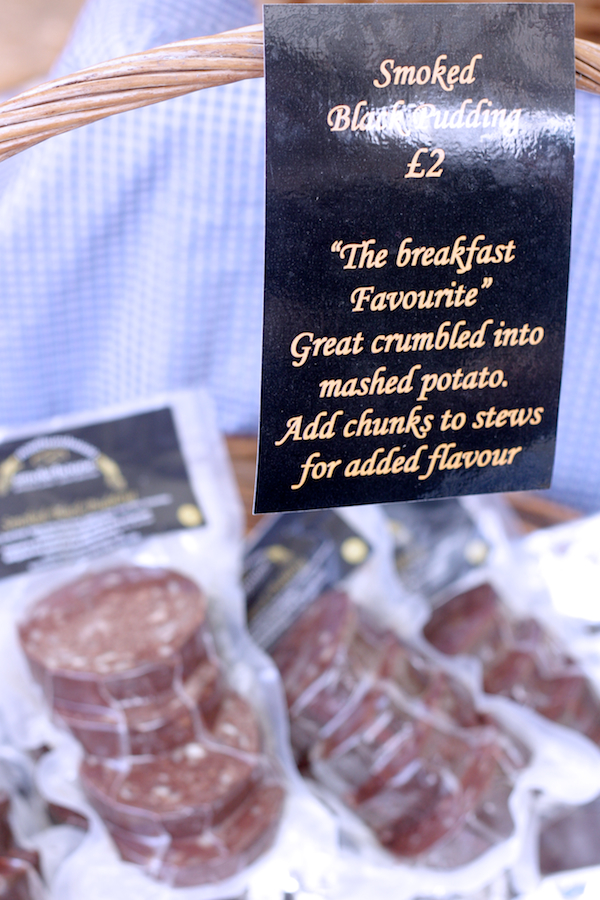 And if Black Pudding is your thing, this smoked variety from the Northumbrian Smokehouse were selling out quick. 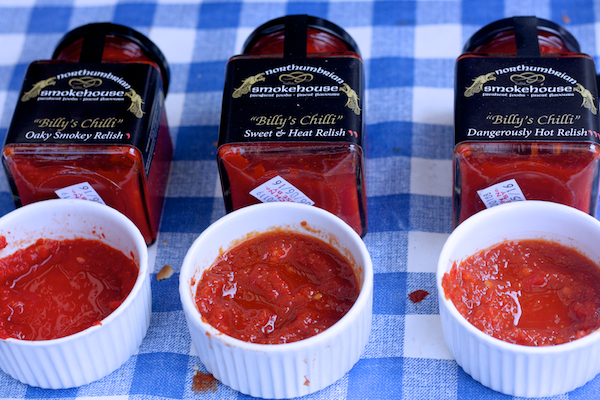 They also had this ruby red steaming hot relish collection which were outrageously fiery! 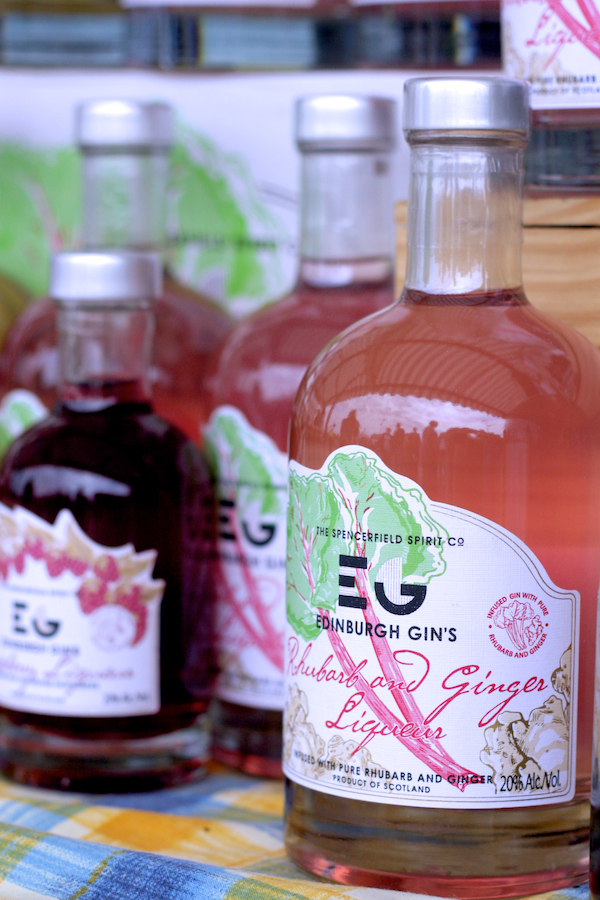 These flavoured beauties from the Edinburgh Gin Distillery instantly won me over. Delicious drunk neat, but I imagine the Rhubarb & Ginger variety is incredible splashed into a glass of fizz. Sadly I didn’t have enough cash to blow on a bottle, but i’m thinking I might put it on my birthday list as they stock it at John Lewis and Fenwicks. They also do fun Gin events at their distillery in Edinburgh which I’m thinking could be worth a day trip! 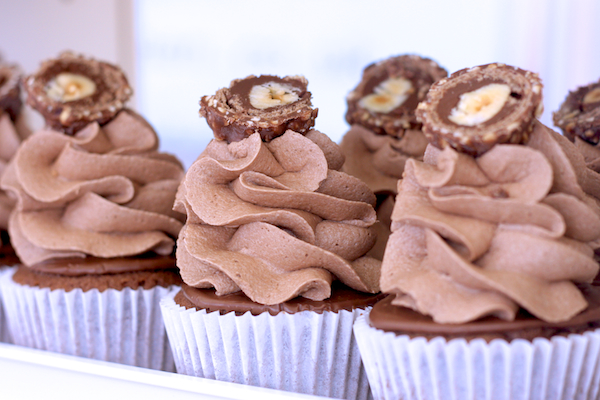 Ellie’s Cupcake Kitchen were in town with perfectly swirl-topped bakes of every flavour imaginable… the Ferrero Rocher ones looked especially decadent. 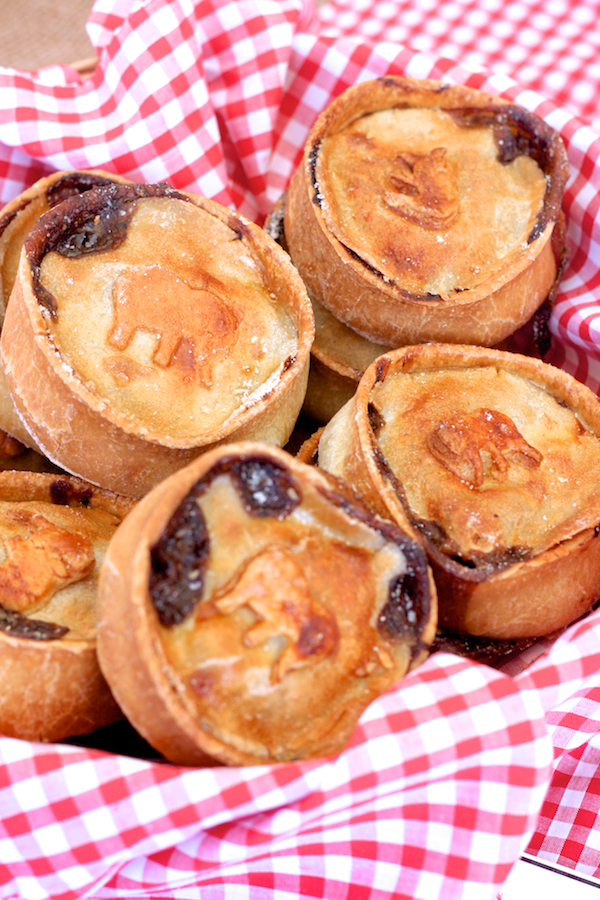 Pies are a huge part of North East food culture – it’s what you eat to keep warm at the football. These handsome chaps are from Prince of Pies who use centuries old recipes – you really won’t feel short-changed at the meat content. Check out their Facebook page to see where they’re off to next. 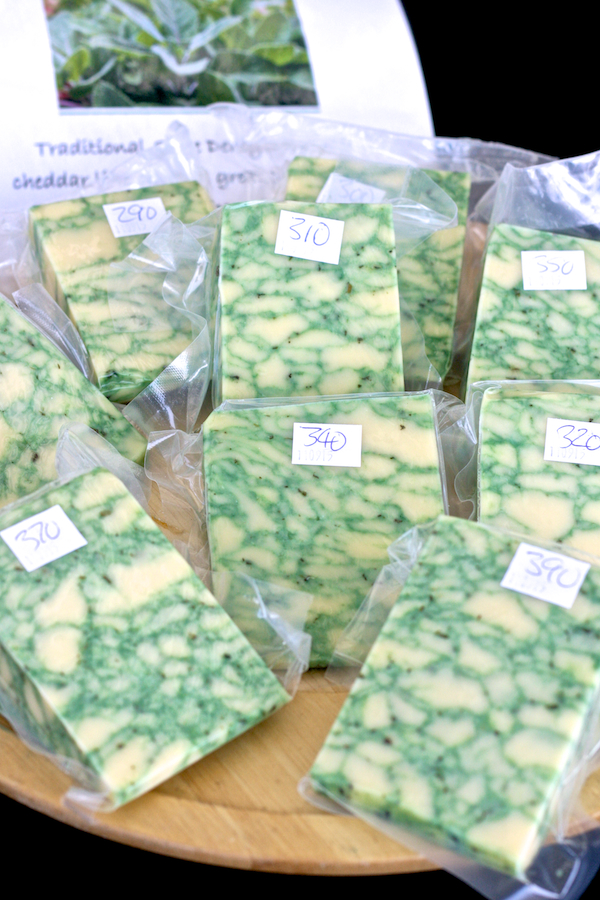 I find it very hard to resist a cheese stall, and these beautiful wedges of cheddar are flavoured with sage – it looks like the herb has had a merry dance through it. Love it!

And so to the grand finale of the Whitley Bay Proper Food & Drink Festival. My favourite thing by far were these perfectly presented macarons… stunning flavours and that flawless texture of initial crunch giving way to chewy centre. 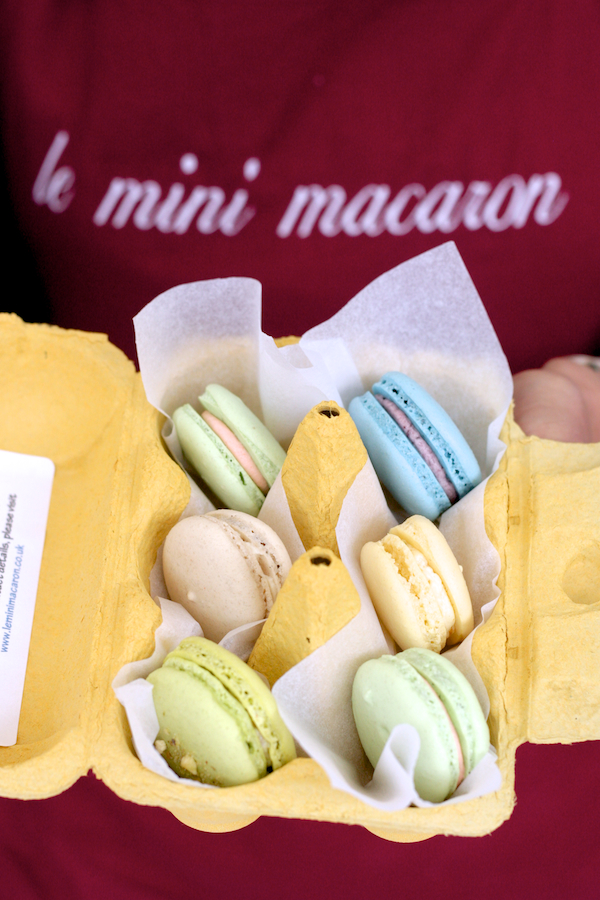 There were over 14 flavours to choose from and I opted for rhubarb, cafe au lait, wild blueberry, pistachio and lemon & thyme. All lovingly created by the clever ladies at Le Mini Macaron. I’ll definitely be tracking them down on Facebook to keep any eye out for their next event.

Seeing how popular the festival was at the weekend proved to me that there’s definitely an audience for foodie-based events in Whitley Bay. It’d be great to have more street food gatherings and a monthly farmer’s market outside Spanish City, and see the area regenerate as it surely deserves. People flock to the coast on sunny weekends if there’s something interesting going on, so the opportunity’s there for the taking.

The Proper Food & Drink Festival was on in Whitley Bay 13th/14th June, and pops up next in North Shields 29th/30th August in Northumberland Square. Find out more on their Facebook Page