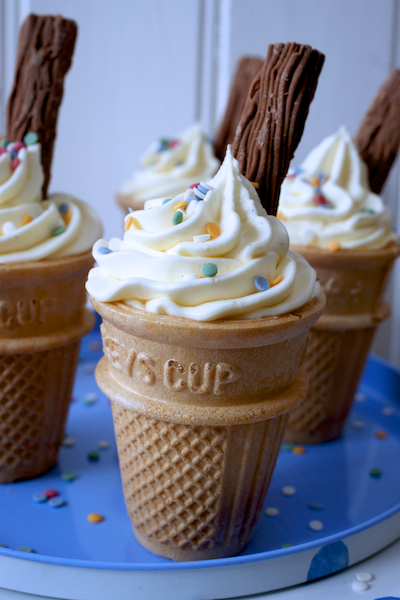 The first time I saw cakes that had been baked in ice cream cones, I wanted to have a go at making them for myself. Several years later and a school summer fair to bake for and I finally got around to it!

The first effort was a total disaster. I’m not exaggerating. SO spectacularly bad I had to take a photo and share it… 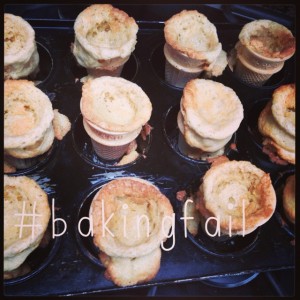 I was trying to bake too quickly with the soundtrack of my squawking son in my ear. So while I was trying to mentally halve the quantities of a basic cupcake recipe, I managed with all the ingredients except the sugar. Cue lava-like cake mix spewing out of ice cream cone action…

Anyway i’m pleased to say I got the quantities sorted out and my second attempt was more successful, so I feel more confident sharing the recipe with you if fancy having a go yourself.

They’re pretty simple. Essential are flat bottomed cones that will sit in a muffin tray and a large star shaped nozzle that will pipe your fluffy buttercream into perfect ice cream swirls.

I got my 99 flakes from the ice cream van man who was handily sitting outside school on Friday, but you can get them cheaper at the supermarket! 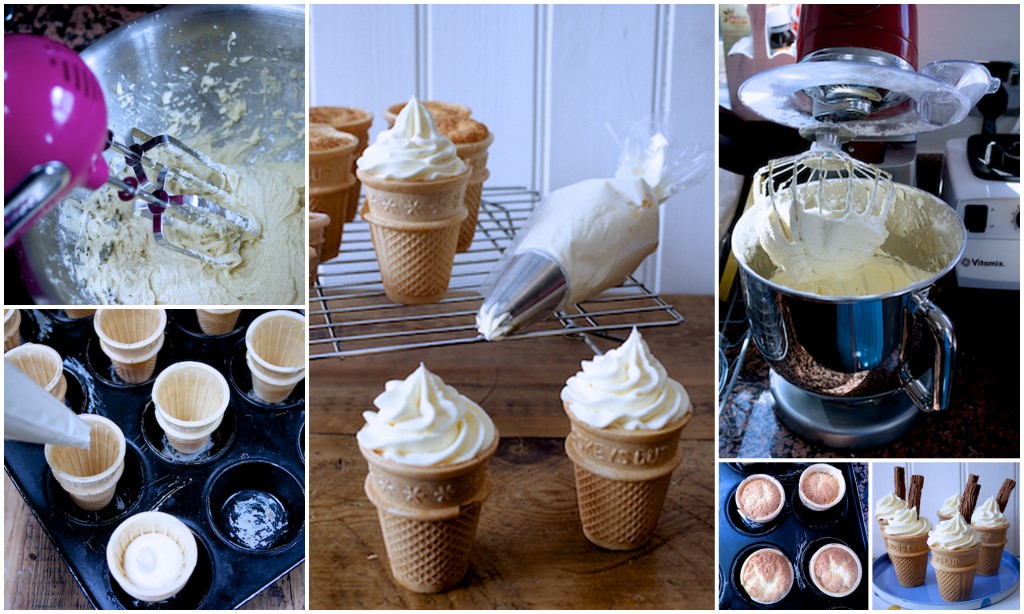 How to make ice cream cupcakes

2. Cream the butter and sugar together, ideally with a hand mixer, until pale and fluffy. Add the eggs one by one with the vanilla, mixing well and then add the flour. Mix well then add the milk for a lovely creamy cake batter.

3. Put a disposable piping bag in a cup or glass, then fill with the mixture (you may need to do this in two batches depending on the size of your piping bag). Snip the end off and pip the cake batter into each cone – you’re aiming for about two thirds full.

4. Bake in the oven for 20 minutes – they’re done when they’ve turned golden and a toothpick comes out clean once poked inside the cake. Allow to cool.

5. For the buttercream: combine the butter and icing sugar, vanilla and milk until you have a super creamy and light buttercream.

6. Put a star shaped nozzle into a disposable piping bag and sit in a cup or glass. Spoon in the buttercream and then pipe swirls on top of each cone. Pop a 99 flake in each and scatter with sprinkles.

Cook’s tip: You could try adding different colours and flavours to your icing to maximise the fun. I’m thinking of mint choc chip for my next effort… 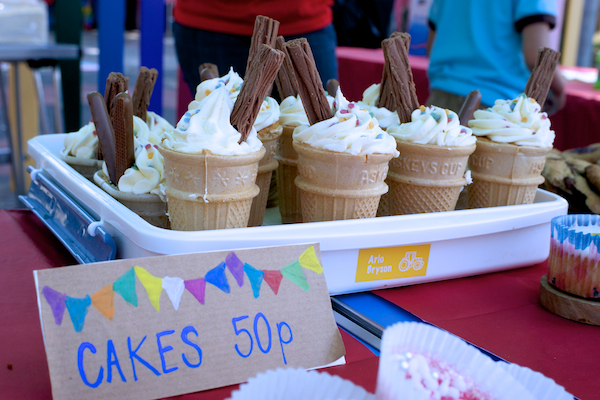 The school summer fair was a huge success due to the large amounts of sunshine beaming down. The PTFA had been working extremely hard to create a gorgeous village fete atmosphere, and it really was FAB! Bunting, Pimms, live music, craft stalls, candy floss, apple bobbing…

My friend and I organised the 2nd annual school Bake Off at the fair, which was a lot of fun, so I shall leave you with a collection of images of the amazing entries from the kids’ summer themed cakes, and the grown ups technical challenge – the victoria sandwich! 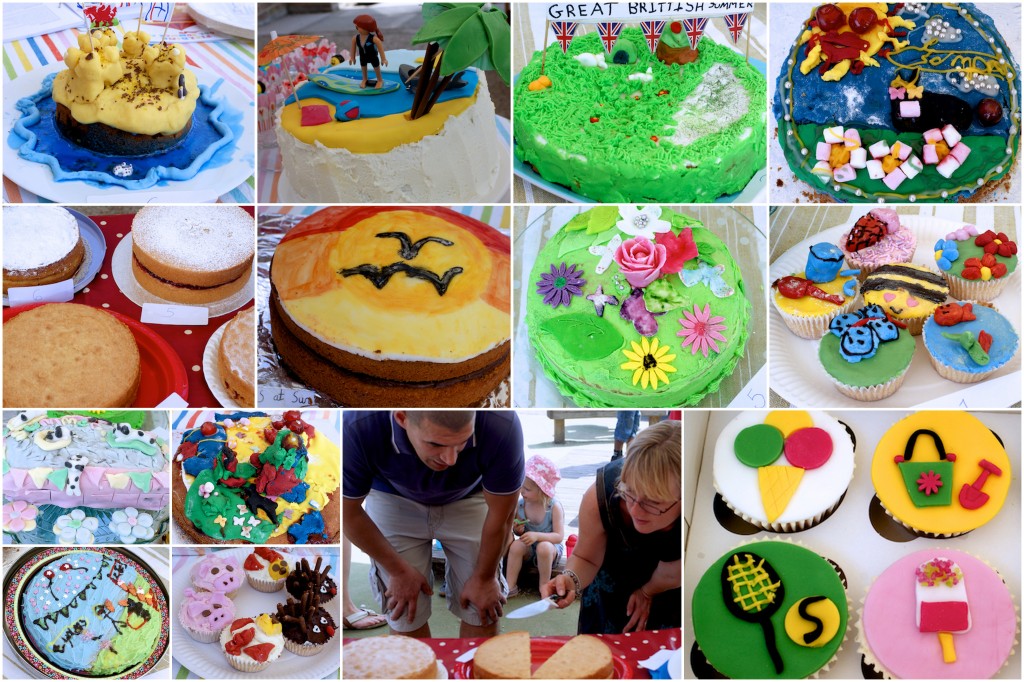