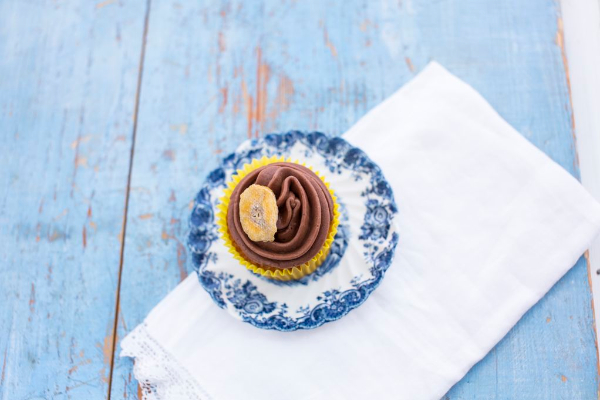 I just wanted to share the results of the photoshoot I worked on last week for UKTV’s Good Food Channel website with my good friend and very talented photographer Sharron Gibson.

Part one of the assignment was to make and photograph a series of cupcake recipes by Crumbs Couture  – so I spent two days before the shoot baking 6 batches of 24 cupcakes – that’s 144 of the little blighters!

My role as Food Stylist was to make the baked creations look as gorgeous as possible. I’ve never been an official Food Stylist before so I was a little nervous, but the lovely Anna from the Good Food Channel website was there armed with loads of really cool props and a strong idea of how she wanted the pictures to look which really helped.

I’m really proud of what we achieved this week so thought you might like to take a look and don’t forget to check out the recipes on the Good Food Channel website – they aren’t at all complicated and taste AMAZING! 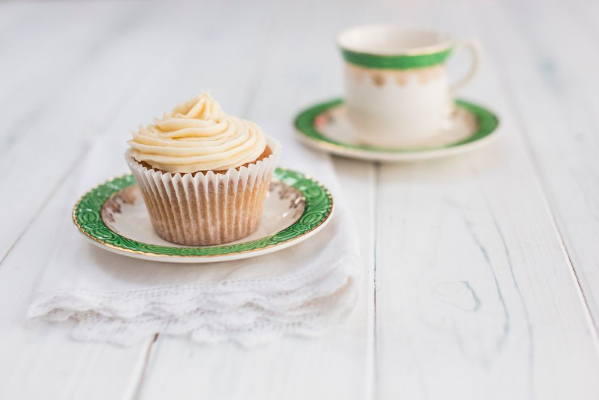 You get the flavour by using milk infused with chai teabags, so it’s a very delicate flavour. I adore this vintage crockery as the green almost glows against the white setting. Get the recipe for Chai cupcakes 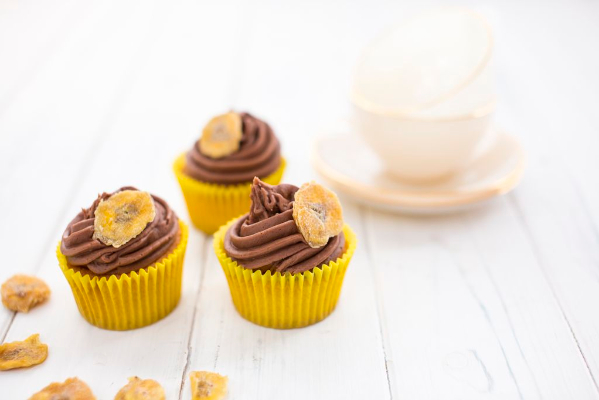 I love the contrast of the brown and yellow with these cupcakes. The sponge is a simple cupcake, but the addition of a mashed banana gives you the flavour and moist texture. I used soft dried bananas to decorate, but you could use banana chips too. Get the recipe for banana chocolate cupcakes 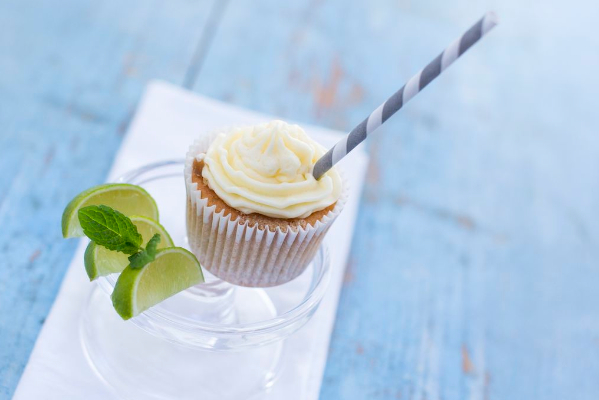 Mojito anyone? My kind of cupcake! - photo by Sharron Gibson

I think these were the favourite on the shoot – a playful take on the mojito cocktail in cake form. They’re super simple to make – regular sponge but you brush them with rum, lime juice and sugar before topping with rum and lime infused buttercream – sooooooooo good and a fab idea for a hen party or 40th birthday. Get the recipe for mojito cupcakes 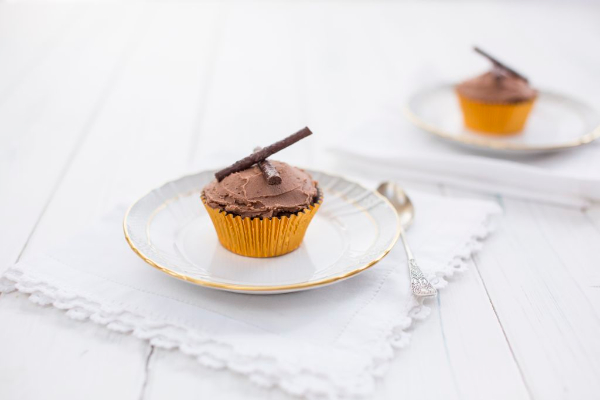 Elevate the humble after dinner mint into a cupcake experience – these have been particularly popular with the boys who are big fans of mint choc chip ice cream. Get the recipe for mint chocolate cupcakes 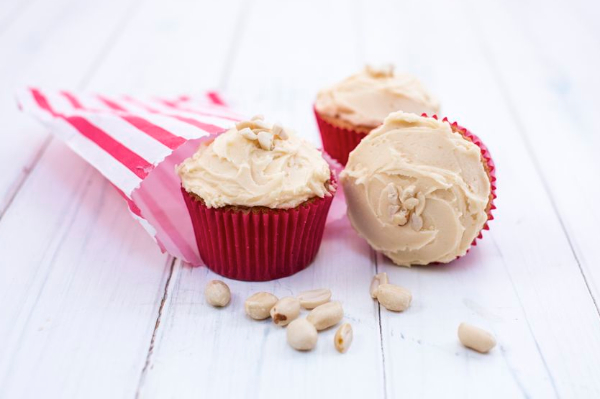 Look away if you have a nut allergy, launch yourself in head first if you don’t! These are not at all cloying, and have just the right amount of peanut butter in to be a taste sensation. If I make them again i’m going to put jam in the middle! Get the recipe for peanut butter cupcakes 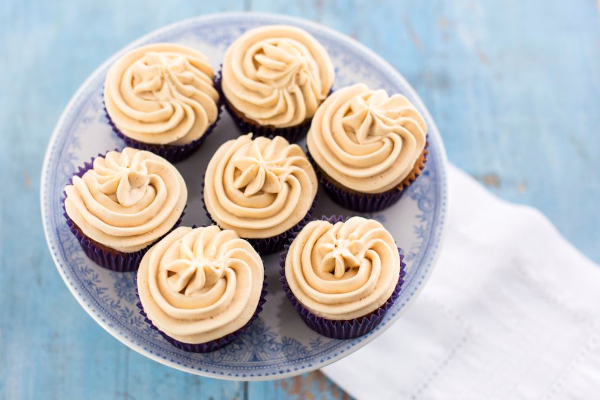 So finally I bring you the banoffee cupcakes inspired by the ever popular dessert… the first version were simply iced with a swirl of caramel flavoured buttercream, and then I did a bit of an experiment on the second version… 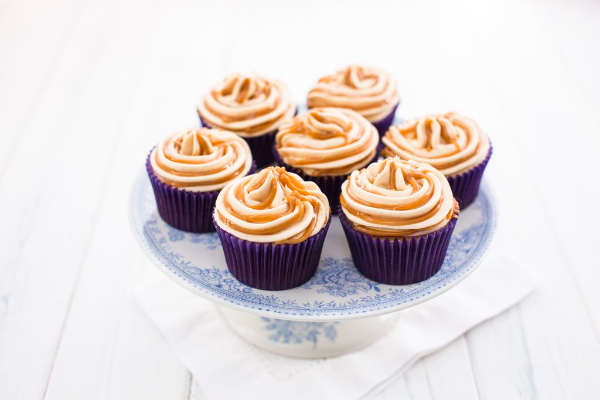 I filled a disposable piping bag with caramel and then filled in the gaps between the buttercream – I thought they looked quite smart and definitely even more tempting! Get the recipe for banoffee cupcakes

I hope you’ve enjoyed the photos – I was on such a high after the shoot – partly sugar fuelled but mainly that rare feeling when you know you’re truly happy with what you do for a living.

Part two of the assignment was to develop, cook and style three of my own one pot supper recipes… these will be winging their way to the blog next…

All photos by Sharron Gibson for UKTV. Check out more of her amazing photography at The Image Garden