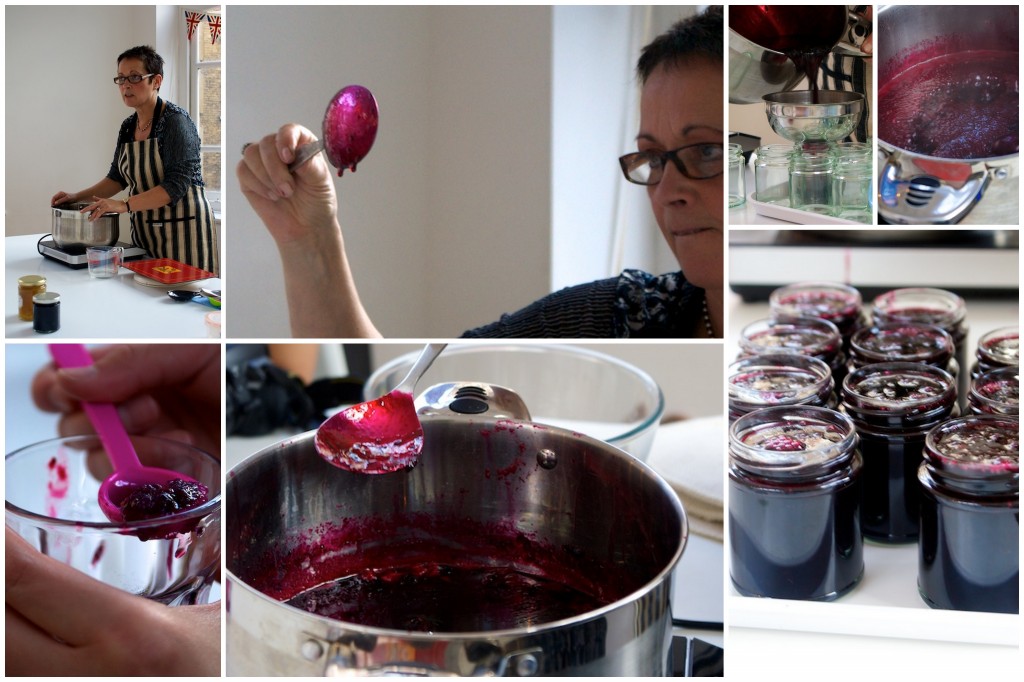 The stages of making blackcurrant and chilli jam

Making jams, marmalades, jellies and chutneys has become something of a passion of mine since my mum showed me how to do it two years ago.

I’m lucky that my teacher is a former WI preserves judge, but i’d say the next best thing if you’re looking to get jamming is fellow WI trained judge Vivien Lloyd’s fabulous book First Preserves. I reviewed it when it first hit the shelves and used it to make Seville Orange Marmalade. The resulting jars of marmalade came out a treat and I took one of them along for Viv to taste at an event she was hosting.

A small group of food bloggers gathered in a funky kitchen in the heart of Soho to watch Viv make jam and glean as many preserving tips as we could.

She was demonstrating an unusual combination of blackcurrant jam flavoured with chilli, having been inspired tasting strawberry and chilli jam at a recent chilli festival.

It’s a traditional blackcurrant jam recipe, but to introduce the chilli flavour and heat, Viv bruises the chilli with a rolling pin and then pops it in a muslin bag and hangs it over the side of the jam pan as the fruit is cooking in the first stages.

You could use this technique to add all kinds of flavours to your preserves – someone suggested raspberry with mint which sounds good. Viv had also bought along a jar of gooseberry and elderflower jam for us to try. 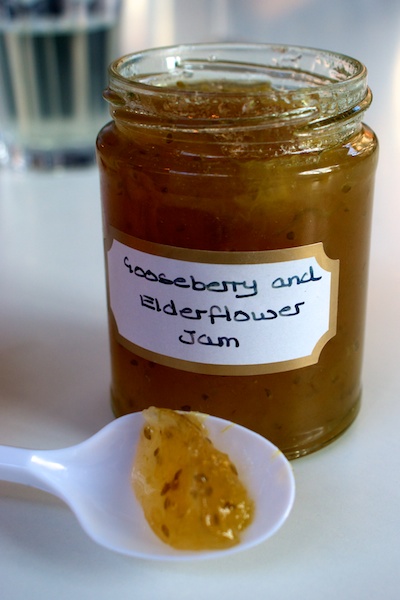 I have to say it was startlingly good – so zingy and summery – it’s firmly next on my list. Again you add the flavour of the elderflowers by encasing them in muslin and letting them cook with the gooseberries in the first stages.

A lot of people love eating strawberry jam, but it’s actually one of the hardest preserves to pull off. The fruit doesn’t have a lot of pectin in it, the natural setting agent that helps jam to firm up. Even Viv spoke about how tough she finds it to achieve a good set on strawberry jam. Her top tips are:

Viv showed us the two main tests she performs when making jam. She also showed us one where she weighed her pan, but I couldn’t quite get my head around the maths! 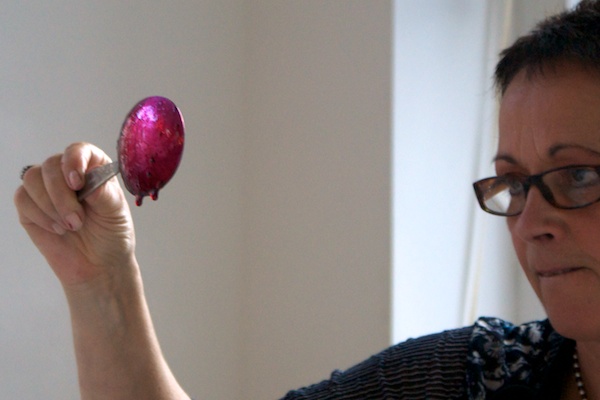 Viv performing the flake test on her jam 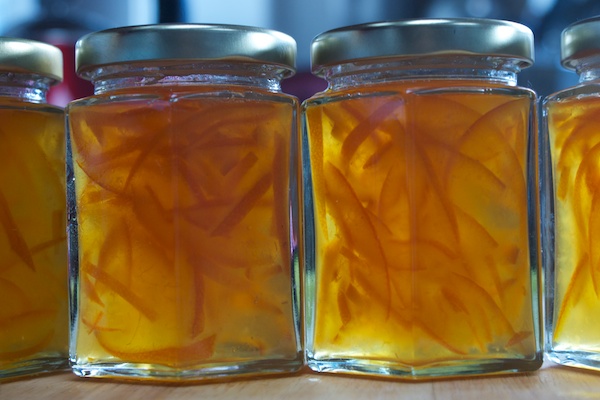 I held my breath as she tried it, but she said it had great flavour, the peel was tender and the colour was good. The only slight imperfection was the set was very slightly not firm enough. This had been because i’m made a double batch and had trouble getting it to set – next time i’d halve the amount. She gave me a very respectable 19.5 out of 20 – which absolutely made my day 🙂

At the end of the evening, Viv was kind enough to give us all a jar of her delicious jam – bold blackcurrant fruity flavours with a mild hint of chilli in the background. Here is the recipe if you fancy giving it a go, generously shared by Viv. 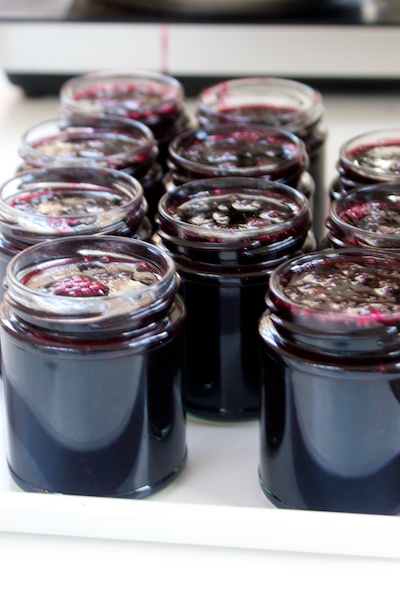 This jam can be made from fresh or frozen black currants. Add 10% more black currants if they are frozen. Defrost them before cooking. I like to use Chocolate Habaneros for this recipe. Alternatively, use Scotch Bonnets

1. Using a fork, remove the currants from their strings. Pick the fruit over and take out any stray leaves. Place the currants in a large preserving pan with the water. Bruise the chilli with a rolling pin and tie it up in a small piece of muslin and add this to the pan.

4. Add the sugar to the preserving pan and stir until it has dissolved. Bring the jam quickly to a rolling boil and boil hard until setting point is reached.

5. Test for a set after 5 minutes using the flake, cold plate or thermometer test. As soon as setting point is reached, remove the pan from the heat and leave it to stand for a few minutes. Push any scum from the surface of the pan to the side and remove it with a metal spoon.

6. Gently stir the jam and pour it into clean warm jars, up to the brim. Seal immediately either with new twist-top lids or waxed discs and cellophane covers secured with rubber bands. If using cellophane covers, apply them when the jam is cold in the jars.

If you’re a total jam-making beginner, check out the Jam Masterclass where my mum first showed me her foolproof guide to making raspberry jam WI stylee!

Thanks to Viv for an inspiring evening. First Preserves: Jams is now available as an iBook complete with interactive features and extra recipes. It’s available to download from the Apple iBookstore with an initial launch price of £2.99 until July 15 (£5.49 after that)