Living in a house full to the brim of boys, I had no option but to indulge in the fairytale world of Royal Wedding mania elsewhere.

It felt like the 1950s cycling through the deserted roads of leafy Ealing with my cakebox and cassis. The only signs of life were little girls dressed as princesses, and excited people setting up for their street party.

Fellow mum of boys Tara managed to get her pack of lads to clear out of the house for a few hours so we could weld ourselves to their sofa to watch the coverage, nourished with Kir Royales, Smoked Salmon and cake. 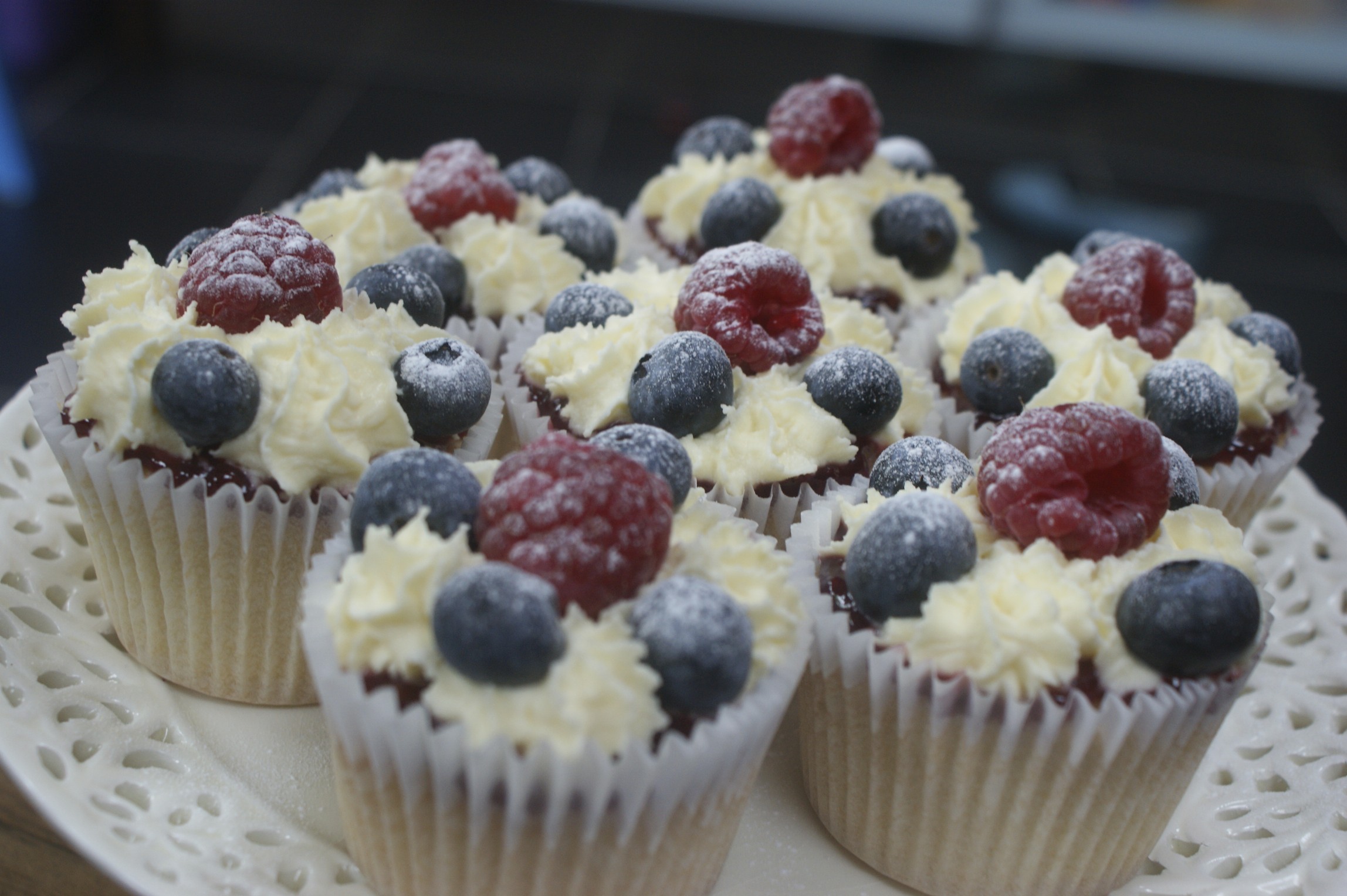 I knocked up some victoria sponges, spread each cake with a layer of raspberry jam, piped rosettes of extra thick double cream mixed with a little vanilla and icing sugar and finished with raspberries and blueberries. Red, white and blue!

We knocked back the fizz, wept buckets, reminisced about our own weddings and scoured twitter for the wittiest comments.

After the balcony kisses and flyover I jumped back on my bike and wobbled back to the land of testosterone and found the boys happily engaged with Lego Star Wars battles on the rug, blissfully unaware of the pomp and circumstance only a few miles up the road.