My university friends and I have formed a supperclub as a way of ensuring we get together more often and also as an excuse to do some grown up cooking. It is nice to have a go at things for a more adult palate and be a bit more adventurous with flavours and ingredients.

It gets a bit wearing when you’re latest kitchen creation is greeted with a “what is THAT?! it looks DISGUSTING! I’m not eating it EVER”

This month we went with a Moroccan theme and everyone had to bring a different course. I got dessert duty, and after a bit of research discovered the traditional end to a meal is fresh fruit, biscuits or deep fried pastries. Honey and cinnamon also feature strongly in Moroccan cooking so I took all of this on board.

I created individual creamy cheesecakes – a crunchy gingernut biscuit and butter base, a smooth and creamy filling infused with cinnamon and sweetened with honey. And to top them off I used fresh dates – a simple but stunning flourish 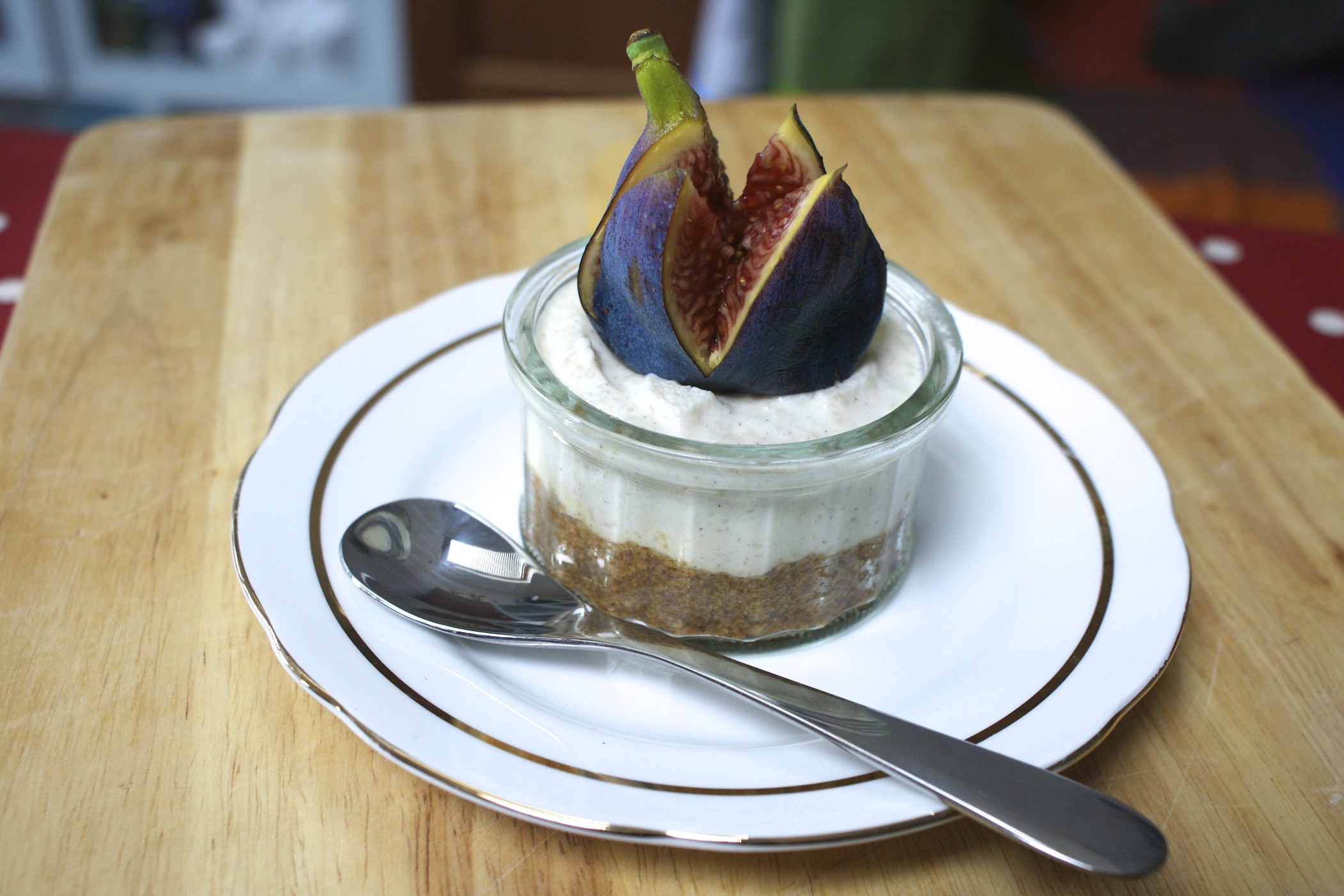 Cinnamon, honey and fig cheesecakes
(makes 8-10 individual puds depending on the size of your ramekins)

1. If you have a food processor whiz up your ginger nuts until they are fine crumbs. If you don’t have a processor (like me) stick the biscuits in a large plastic bag and bash the living daylights out of them with a rolling pin! Tip them into a bowl. Melt the butter and then pour into the crushed biscuits and mix to combine thoroughly. Spoon even amounts of the mixture into your ramekin dishes and press down firmly with the back of the spoon.

2. Put the cream cheese, egg yolks, honey and cinnamon into a bowl and beat until smooth.

3. Boil the kettle and measure out 3 tbsps of boiling water into a bowl, scatter the gelatine powder over the top – quickly mix so it dissolves. Then immediately pour this solution into the cream cheese mixture and beat well to combine.

4. Whisk the egg whites until they’re stiff and then, along with the whipped cream fold both into the cream cheese mixture. Spoon equal amounts on top of your ginger nut biscuit bases and then cover each dish with cling film and allow to chill in the fridge until set.

5. Create a pretty flower shape using your figs – slice almost in half leaving about a centimetre at the bottom and then again in the other direction. Press the sides and the fruit will open out. Place one fig on top of each cheesecake. A very elegant garnish.

What else was on the menu? 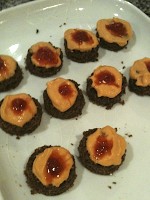 Canapes: Jonny treated us to red lentil purée and chilli jam topped discs of Guinness bread. These were smooth, substantial and delicious. 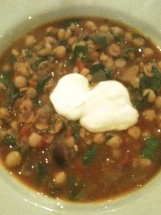 Starter: Ris prepared a delicately spiced chickpea soup that managed to be chunky without being stodgy. 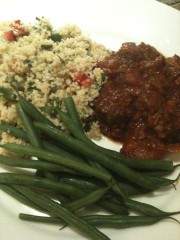