The sun shone on Sunday just long enough for us all to get down to the allotment, do some digging and harvest our very first crop! We totally can’t take the credit for it as it was leftover from the last resident gardeners… but we didn’t hesitate in reaping the rewards.

Under a pile of dead branches in a cosy dark spot we have a gorgeous little patch of vivid pink rhubarb growing. I managed to get my hands on three juicy stems and could not wait to get them back to the kitchen. 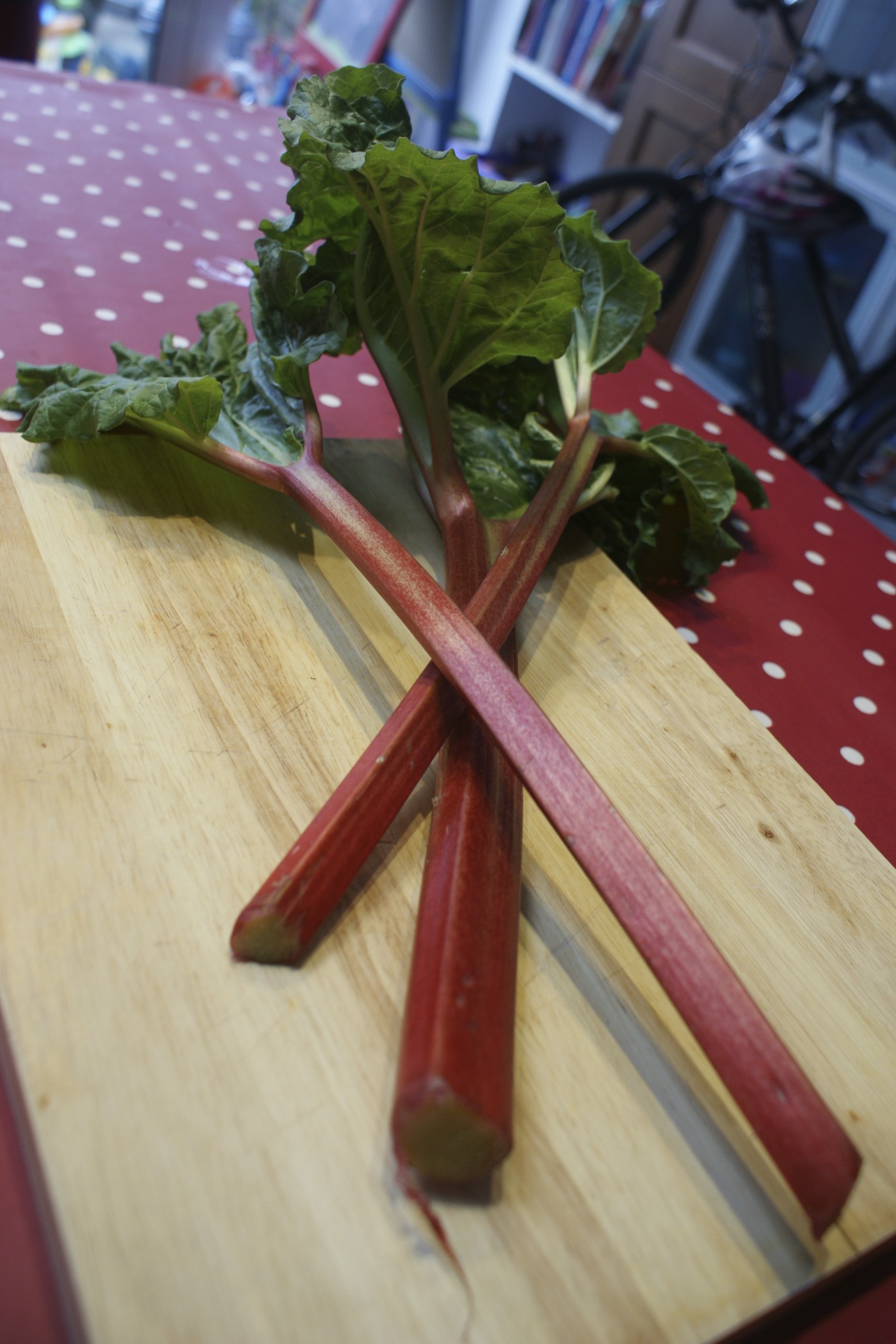 I had a quick scan through my recipe books and the Leiths Cookery Bible had an inviting sounding recipe called Squashy Rhubarb Cake which immediately got my attention.

The cake has three elements – a plain sponge at the bottom, a layer of rhubarb in the middle topped with crumble. I’d made Apple Crumble Cupcakes before as part of Amy Lane’s Bake It! club last year and remembered how divine they were.

I had to make a few tweaks to the Leiths recipe…

I didn’t have nearly enough rhubarb though so I made up the weight in fruit with apples. I also added a liberal sprinkling of cinnamon along with the sugar.

I already had some leftover home-made crumble mix in the freezer which i’d been meaning to use up for ages. To make it a bit more special I added some ground almonds and cinnamon sugar.

The resulting cake is kind of a cake/dessert hybrid. It’s so soft and squidgy you need to eat it with a fork. We ate our first slice for breakfast with a generous blob of natural set yoghurt. I imagine it’d be just as delicious as a pudding eaten with custard or ice-cream. 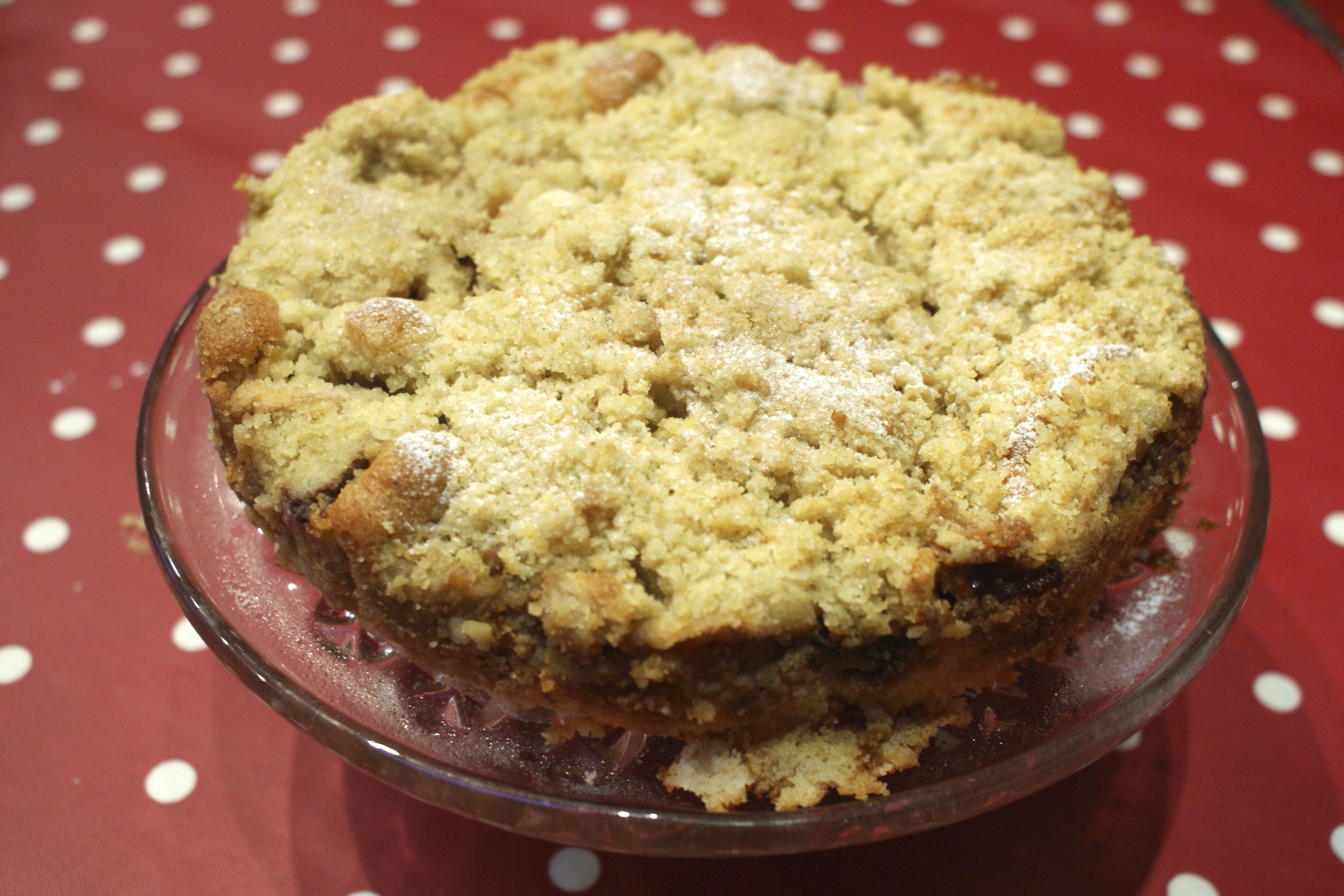 2. Make the crumble topping by rubbing the butter into the flour, then stir through your sugar and almonds. Put to one side.

3. Make the cake by creaming the butter and sugar until pale in colour and light and fluffy in texture. Gradually beat in the eggs, adding a little flour along the way to prevent the mixture from curdling.

4. Fold in the remaining flour and pinch of salt and add a splash or two of milk if your mixture is too stiff. You want to achieve a dropping consistency – take a bit dollop of mixture on a spoon and if it drops off slowly that’s it!.

5. Pour the mixture into your prepared tin and smooth it over with a spatula. Gently place your fruit in an even layer on the surface of the cake and then scatter the sugar and cinnamon all over. Then sprinkle an even layer of the crumble mixture on the top.

6. Bake for approx 45-55 minutes. The top should be firm and the crumble mix golden. Allow to cool in the tin and then carefully lift out. If you like you can scatter it with cinnamon sugar or a dusting of icing sugar to finish. 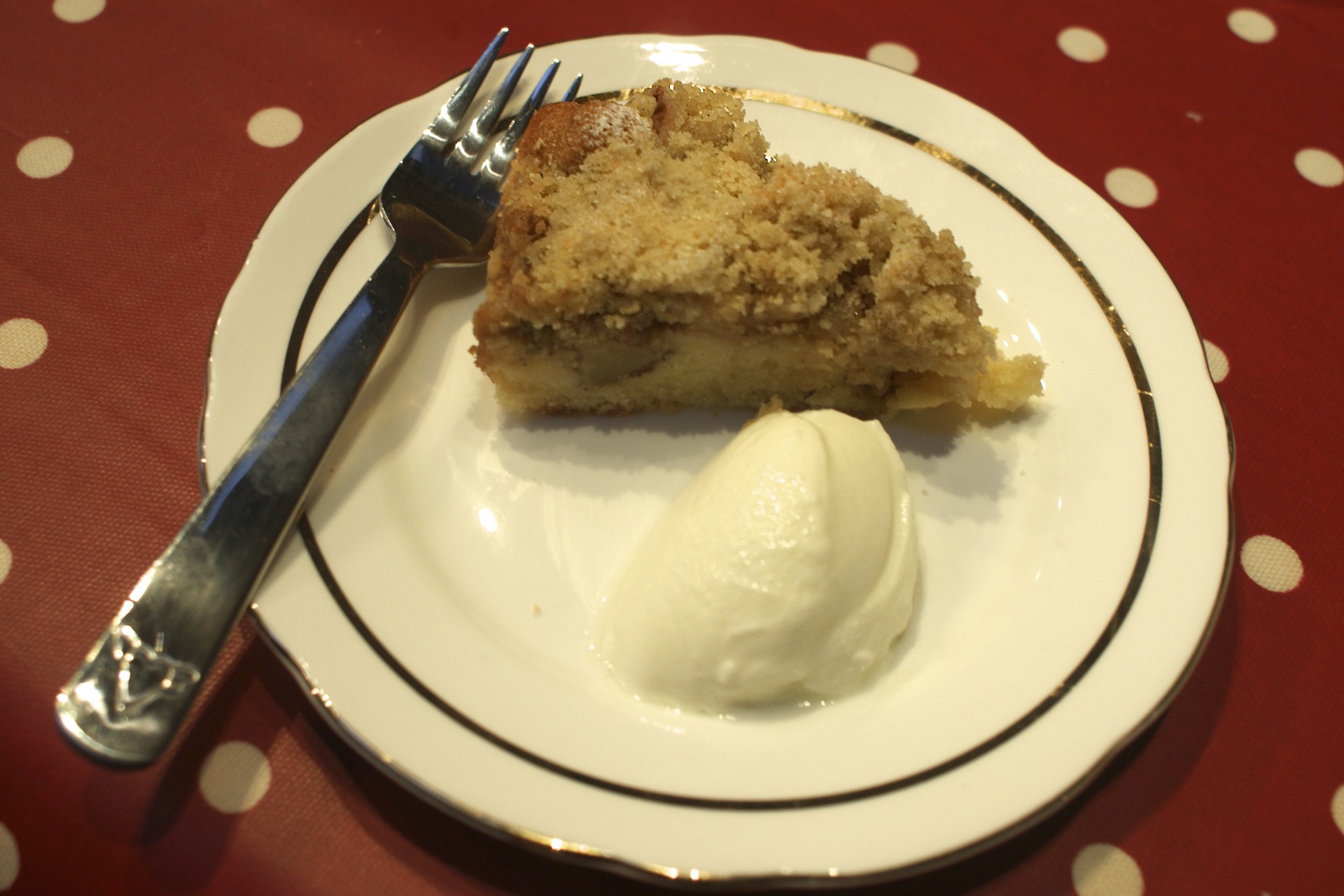