The weekend has landed, the world cup has started and the sun has come out!!!! Things are definitely looking up…

Just because I mentioned Greek yoghurt a few weeks ago when I blogged about lamb koftas, the lovely people at Total Greek Yoghurt have sent me £20 worth of their entire range.

How good is that?!

So I’ve put a plea out to my friends for recipes involving the white stuff. Already had some corkers, like Lemon Curd Eton Mess and Mango Lassi – and with a sell by date of July there are a few weeks to try them out. Feel free to send me your suggestions at the bottom of this page!

My first thought was to use it as a marinade. I’d read in Guardian food blog Word of Mouth that it’s a real winner for tenderising meat.

So for the final time this week I’m turning to July’s Good Food Magazine and their cover recipe.

In a large bowl mix the yoghurt, paste, half the coriander, half the lime juice and all of the zest. Tip in the chicken, stir to coat and leave in the fridge to marinate for 30 mins if you have time.

Thread the chicken onto 8 skewers and cook in batches on a hot griddle pan, frying pan or barbeque for about 10-12 mins, turning until cooked through.

Meanwhile, mix the salad ingredients with the remaining lime juice and coriander in a bowl and season. Sprinkle with extra coriander and serve alongside the skewers with warmed chapatis. 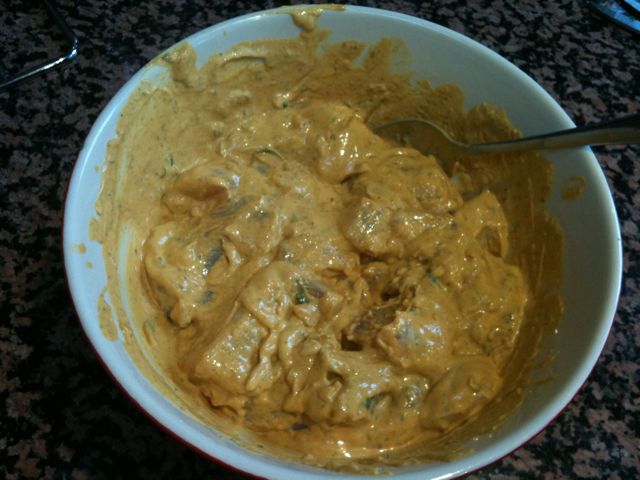 The chicken and the marinade get to know each other 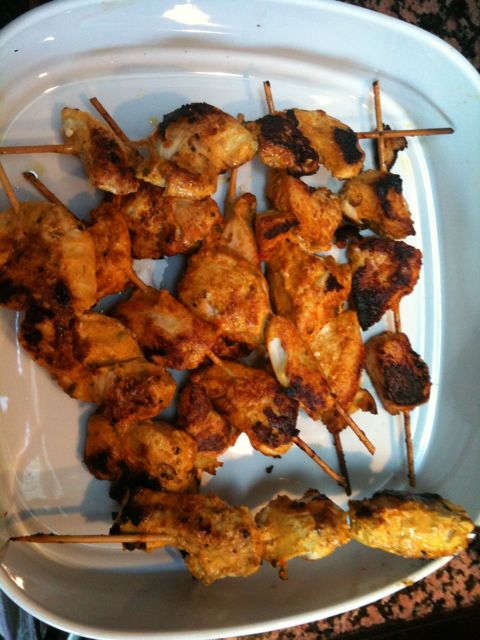 Fragrant and juicy, I told Sam they were 'chicken lollipops' 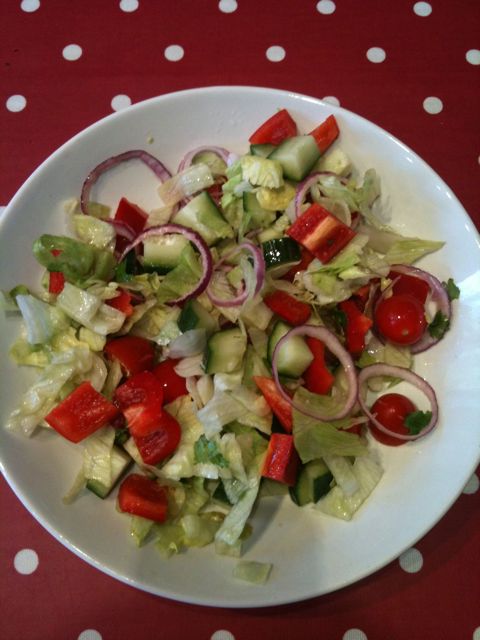 The salad - I added some iceberg lettuce and pepper, but went light on the red onion

I made the marinade in the morning and let the chicken bathe in the zesty fragrant mixture all day – who wouldn’t be feeling tender after that kind of pampering?!

The result was beautifully juicy chicken that smelt amazing as it was slowly cooking in the pan, drawing the boys into the kitchen asking what was for tea – good start!

The masala paste didn’t give the kebabs any heat – just intense flavour. I’m guessing the yoghurt had something to do with that!

Adding lime and coriander to the salad made it so summery and fresh, and the warmed wholemeal chippatis were divine. I thought they might be a little heavy but they were soft and comforting with a nutty scent.

The entire meal was satisfying, tasty AND healthy – not a combination I always manage to achieve in my kitchen! The boys loved it.  Sam loves meals where he gets to assemble wraps, salad and meat – interactive food works well with kids and probably gives them a sense that they have more control over what they’re having and how they’re having it.

I was quite shocked at how pricey chicken breasts are when I went to the supermarket. It was over £8 for a pack of four! And no, they weren’t even organic. So I selected a pack of individually wrapped breasts suitable for freezing which had seven in for a tenner. I left four out for this recipe and chucked the rest in the freezer for another day.

This marinade will definitely be getting made again this summer – I’m trying to build up a portfolio of recipes for my next barbeque.