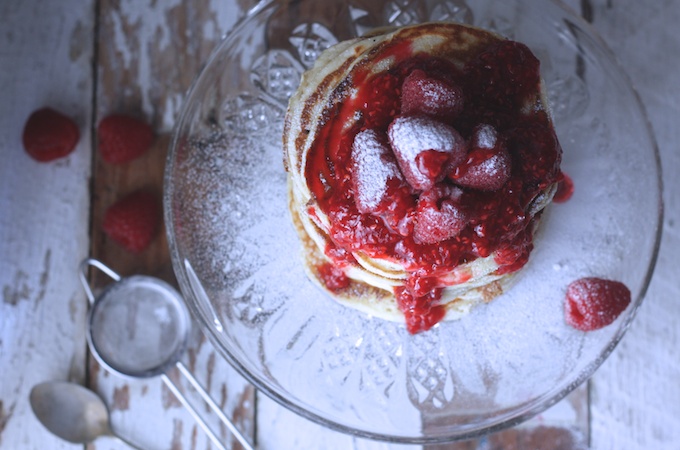 Raspberry and Buttermilk Pancake Stack for Pancake Day, aka Bloodsucker’s Pancake Delight! I’ve created this sumptuous yet ghoulish treat for Shrove Tuesday to promote the release of the super-brilliant Hotel Transylvania 2 out now on Digital HD and on 3D Blu-ray, Blu-ray & DVD 15th February.

We loved the first film and couldn’t wait to see the sequel when it hit the cinemas. But if you’ve not seen it yet, here’s the lowdown:

‘But little do they know that Drac’s grumpy and very old, old, old school dad Vlad (comedy legend Mel Brooks) is about to pay the family a visit.  And when Vlad finds out that his great-grandson is not a pure blood and humans are now welcome at Hotel Transylvania, it doesn’t take long for things to get batty!’ 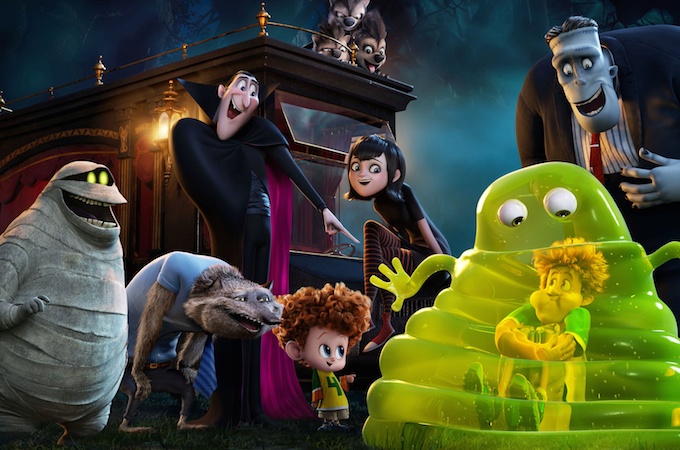 Hotel Transylvania 2 is out now on Digital HD and on 3D Blu-ray, Blu-ray & DVD 15th February

I think Drac would love to sink his fangs into a stack of my bloodsucker’s pancakes, but how about these amazing creations from Sai Pancakes?

If you’d like to have a go at monster-themed pancake art yourself, please share on social using the hashtag #HotelT2Pancakes.

Personally I’m too much of a wuss to even attempt something like this! It’d be like one of those epic fail comparisons you see on Pinterest of one perfect recipe Vs the reality! They make it look so easy, but seriously, my drawing skills stopped developing when I was about six years old.

Back down on planet achievable,  you should have a go at making my Bloodsucker’s Pancake Delight. 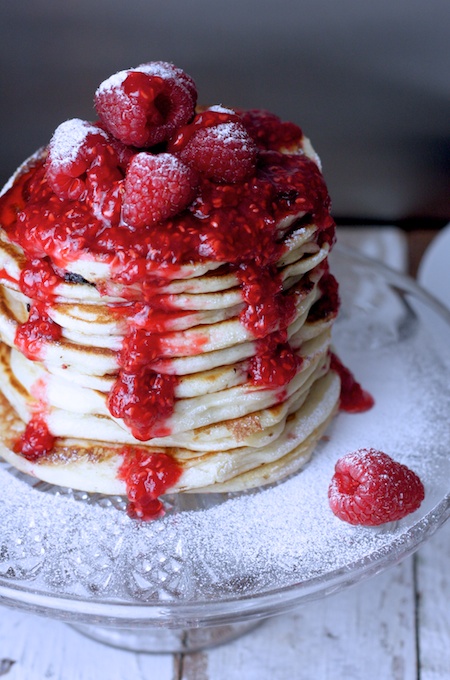 As well as being a spectacular recipe for Pancake Day, it’d make for a super indulgent weekend breakfast or fruity dessert. Pancakes are our favourite weekend breakfast, we couldn’t possibly only have them once a year!

It’s simple to make yet looks so impressive when you stack all the pancakes up and drizzle the fresh raspberry sauce over the top and down the sides. I’d serve it up with lashings of Greek yogurt or creme fraiche.

Sponsored Post: I have been commissioned to create this recipe to promote the release of Transylvania 2 on  3D Blu-ray, Blu-ray & DVD.