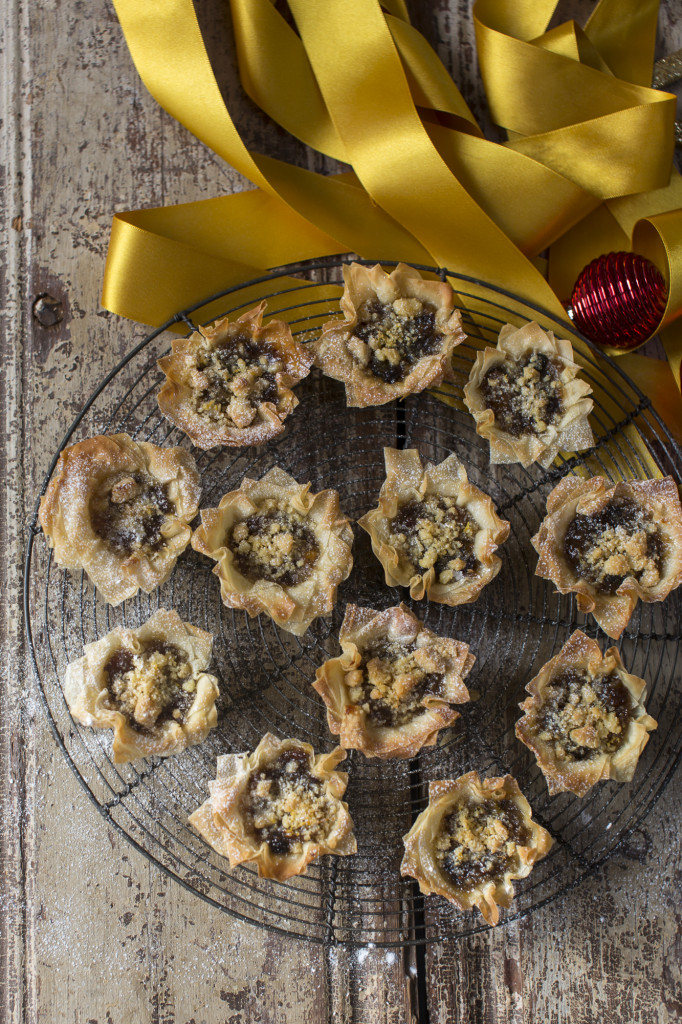 Making your own mince pies doesn’t have to be a marathon effort. If you’re not fond of making your own pastry then reach for the ready-made stuff I say!

These mini mince pies I did for the Good Food Channel website are made with crisp filo pastry and filled with mincemeat stirred up with a good slug of orange liqueur. I’ve crumbled shortbread biscuits and mixed with orange zest to scatter on top.

Filo pastry is lighter than shortcrust, so won’t leave you busting a gut. I also think it has a far prettier and delicate look to it that’s perfect for parties.

Get the full recipe here>>>

Are you a mince pie fan? Do you ever make your own? Let me know below!

And finally if you want more of a pudding, try Laura How To Cook Good Food’s Pear and Mincemeat Strudel