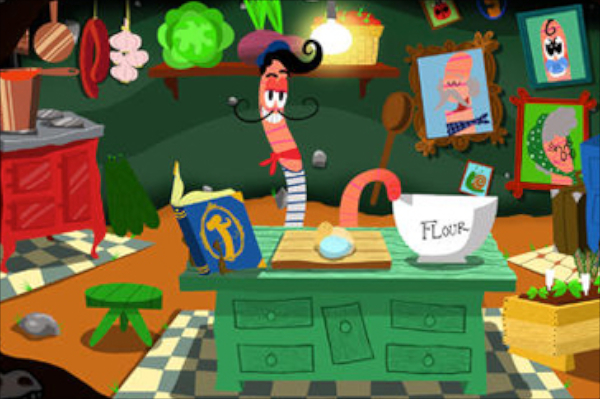 Created by Oliver Blanc (son of Raymond) and Charlotte Salt, voiced by Simon Pegg with recipes from Raymond Le Blanc – it’s a safe bet that the quality of this particular app was going to be high! We were all charmed by Raymond at the launch of the app in Covent Garden at the end of August, I think my friends might have got bored of me banging on about it.

Anyway both boys were instantly taken with the iPad app – an animated fun journey of growing your own produce and cooking with it aimed at kids from toddlers to 10 year olds.

Recipe count: A conservative 10, but hopefully more will be added

A story with eight characters, including Henri Le Worm, Derek the Ladybird, Sebastian the intelligent Slug and Texas Lou the Spider, all brought to life by  actor Simon Pegg.
10 easy to make, fun recipes by Raymond Blanc.
Fun, interactive touch points to encourage children to connect with food and nature, including: painting a rainbow in the sky, making it rain, watering seeds and watching vegetables grow.
An interactive walled garden full of vegetables and fruit to gather
A sing along song ‘My Name is Henri le Worm’ that brings the story of Henri and his friends to life

Highlights: The animation is wonderful and could easily translate to TV as it really captivated the boys. I also like the overall message of connecting with where our food comes from. 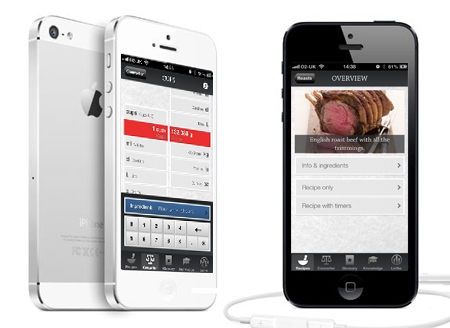 My favourite cooking school has an app, so now we can all get a bit of guidance from the experts! It’s billed as like having a Leiths Chef looking over your shoulder… rather them than Greg Wallace and John Torode 😉

Recipe count: 14 so far, so not masses but I think the relatively low price reflects that. Classic roasts, simple suppers and the more sophisticated recipes that you’d expect from Leiths. There’s promise of more recipes to be added through the year…

Features: it’s packed with stuff. Glossary of cooking terms, a great timing facility to help you juggle a multi-faceted recipe and bring it to the table smoothly, converter tables for wrestling with unfamiliar weights and measurements, lists for equipment and ingredients that you can check off as you gather them, and even a fun quiz if you’ve got time on your hands while you’re waiting for something to cook!

Highlights: the glossary is great for decoding posh techniques and the converter tables are ideal for recipe junkies like myself who often get stumped by American cup measurements! If you’re catering for dinner parties there are really handy wine recommendations for each recipe which is a stroke of brilliance. I also love the fact there’s a live list of the courses on offer at Leiths, which I always like to be fully across 🙂

Score out of 10: It’s impressive in functionality, well thought out and pretty simple to use. I’ll give it an 8, dropping a couple of points due to the low recipe count but hopefully that’ll improve.