Reading this month’s Sainsbury’s Mag, I came across a massive feature on some of Dan Lepard’s amazing looking cakes with enormous glossy pictures of the most tempting array of goodies I’ve seen in quite a while.

The squidgy banana blondies looked particularly wanton, and as I had a few manky bananas knocking about I decided these had to be my weekend bake. I’ve made plenty of brownies in my time, but never knocked out a blondie so I was quite excited. 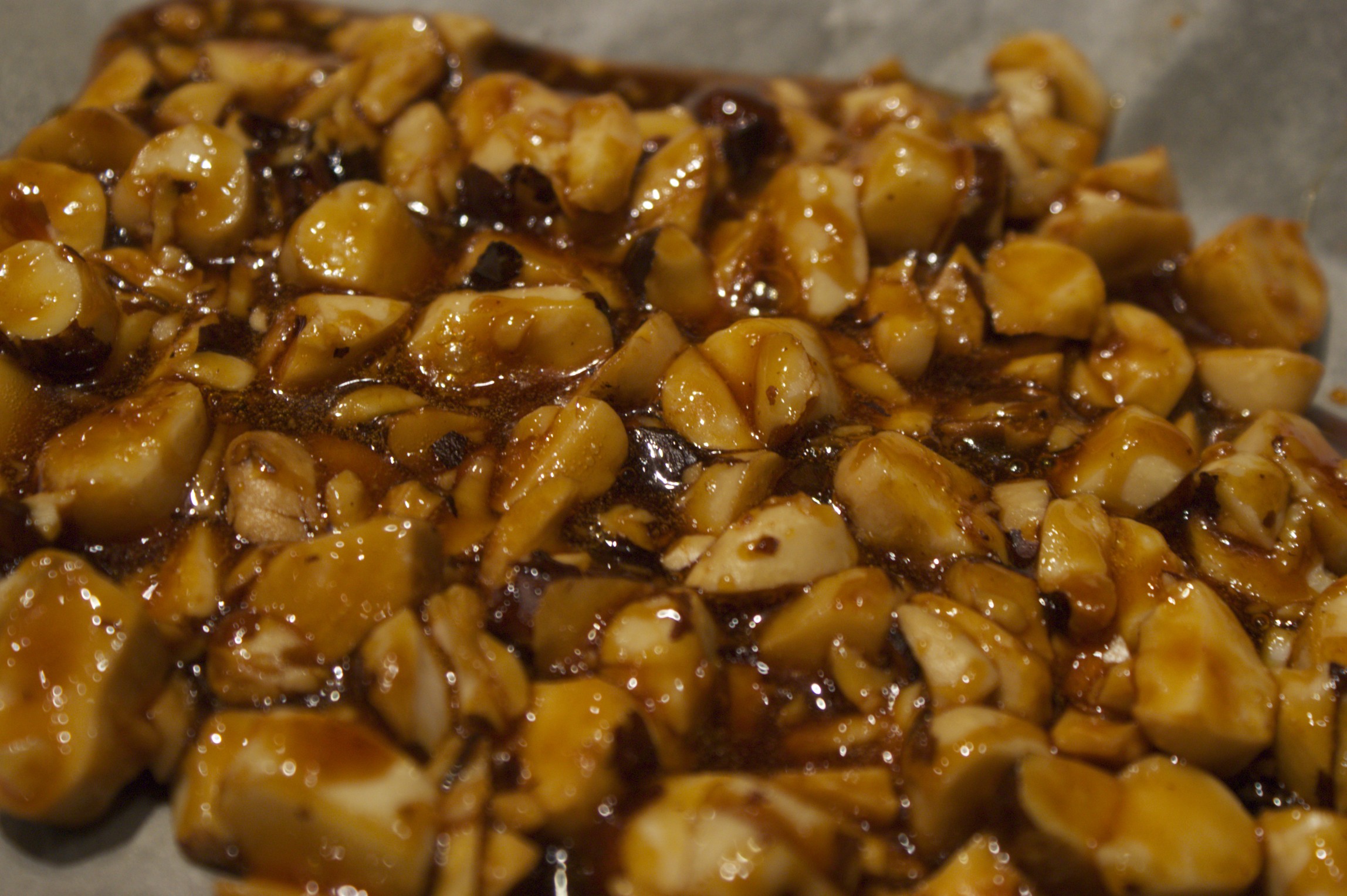 The brazil nut toffee cooling off

There’s a moderate level of faff involved with the recipe – you have to make a brazil nut toffee to bash up and fold through the brownie mix. But I love doing stuff like this on a Friday night when the kids have gone to bed, so I was happy as larry tinkering in the kitchen with hot sugar and chopped nuts. 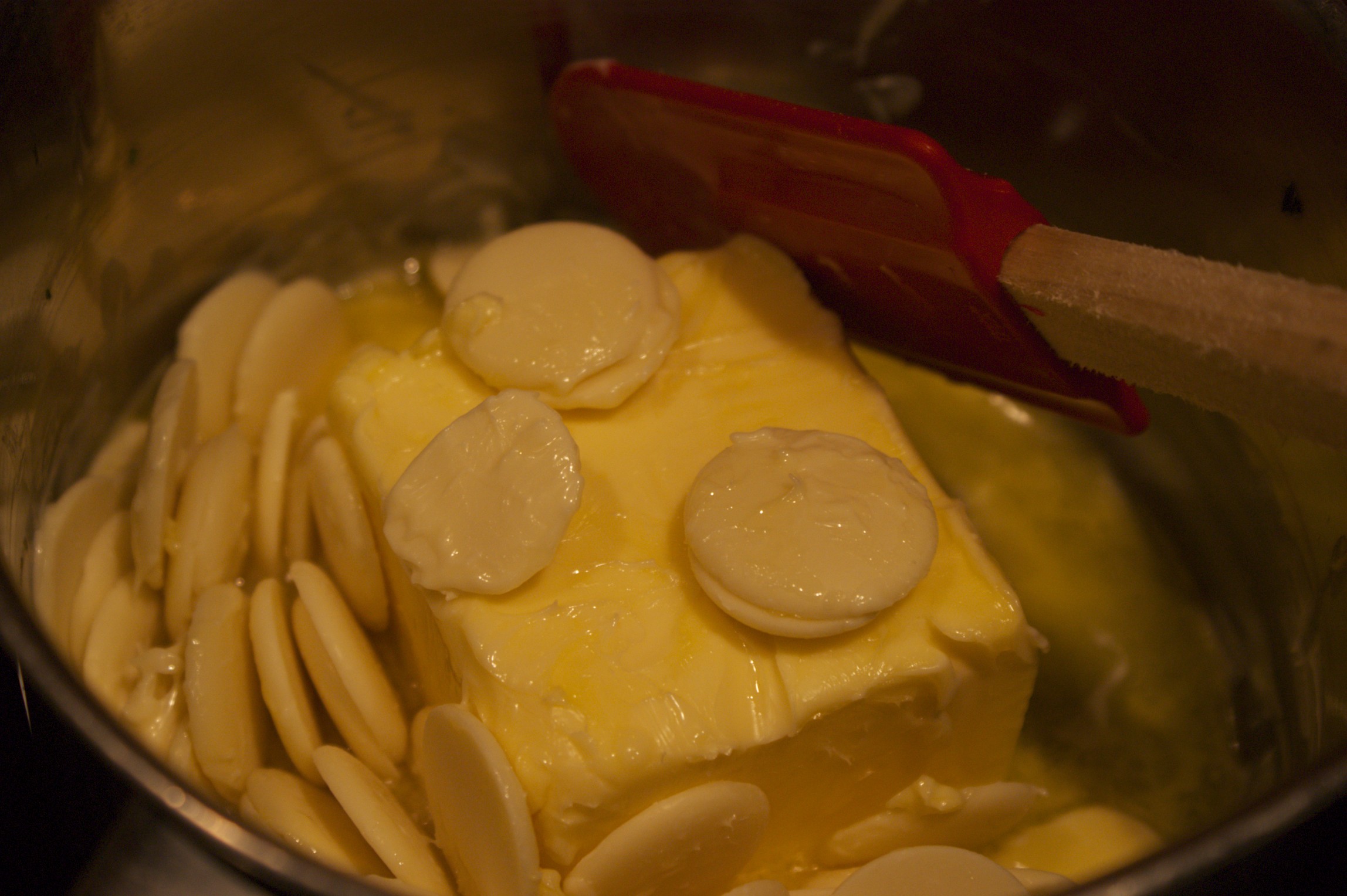 But who wants to eat low fat cake anyway? Pah!

I made a few tweaks to Dan’s recipe. I had some leftover toasted coconut from a recipe I’d made earlier in the day which I thought would lend itself well to the white chocolate, banana and nut toffee combination.

I also used less white chocolate and a tad more butter. I’m not a huge fan of white choc so didn’t want it to overpower the blondies. 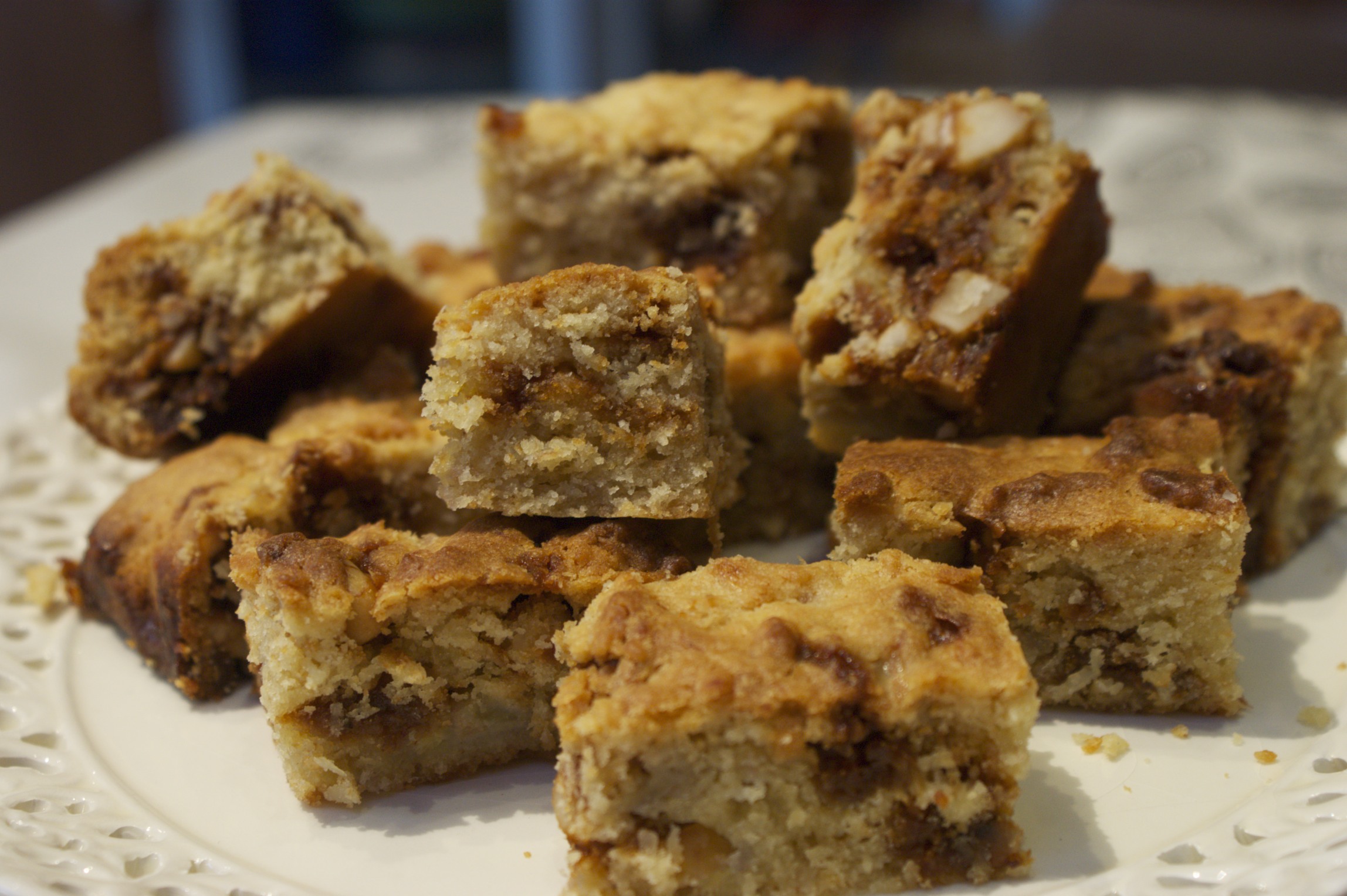 The finished result was splendid. I think I may have cooked them slightly too long as they weren’t as squidgy as they could have been, but they’re still soft oozing with sweetness and crunch.

They proved popular with the boys, funnily enough. They are super morish and made a VERY naughty weekend breakfast with a cup of tea.

I quickly squirrelled away half of the batch to take to a friends’ house as a gift for letting us stay for the night – have to soften the blow somehow of our noisy tribe.