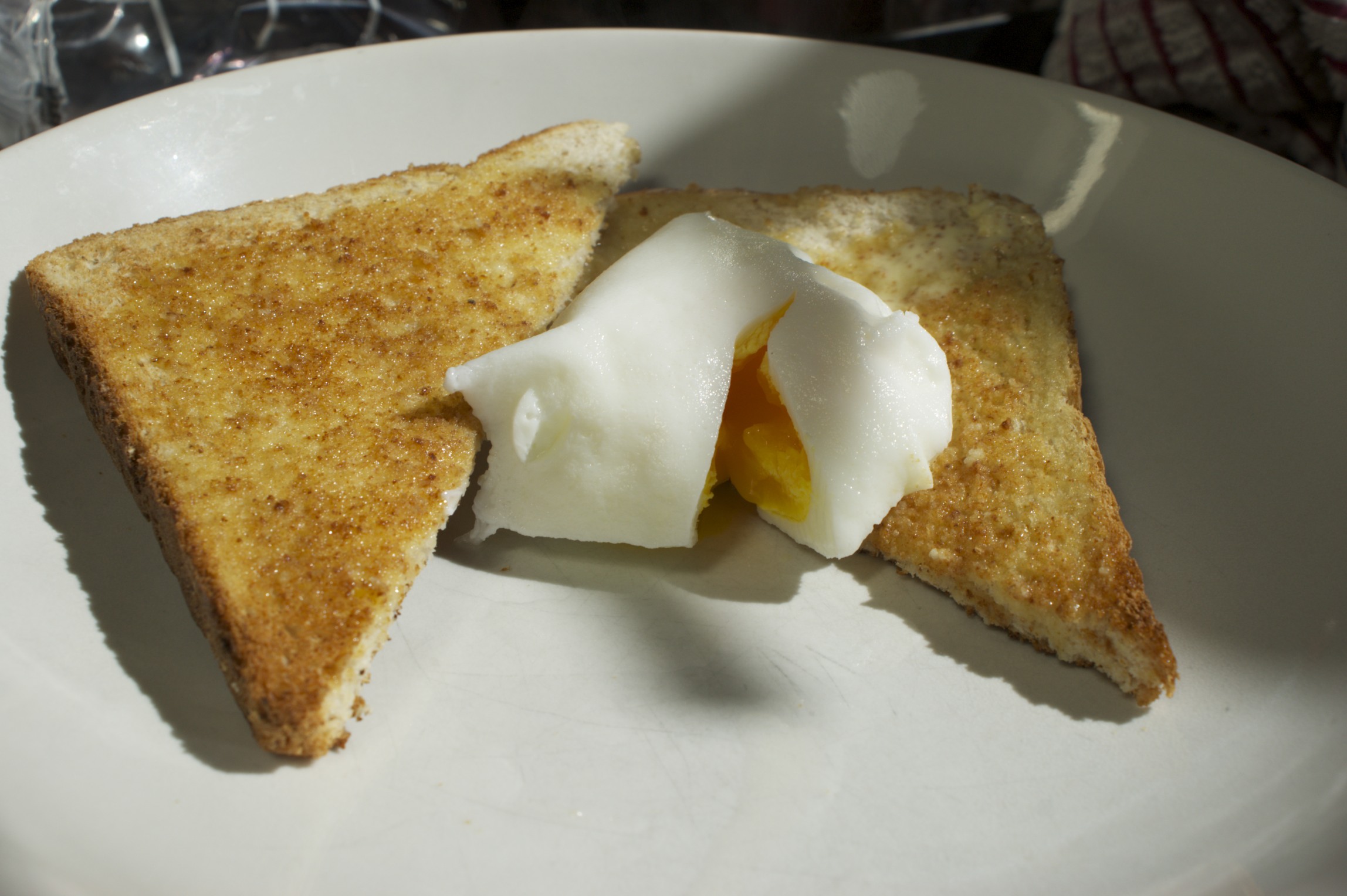 When you get back from a two week holiday you need to keep things simple, so for lunch today it was time to turn to comforting and faithful ‘egg-on bean-on’ – which translated from Bryson speak is egg and beans on toast.

Eggs and beans are brilliant for getting protein into the boys’ diet – a top priority now Sam’s a vegetarian.

I do love a fried egg, but poaching is far healthier and equally delicious. But what method do you use? As well as the traditional method of using a pan of gently boiling water with a dash of vinegar, I’ve got all kinds of egg poaching gadgets. From silicon pods to an old egg poaching pan my mum handed down, but I’ve been meaning to try the Poachets from Lakeland that I got in my goodie bag at their Christmas preview last month.

I was fascinated by them when they were demonstrated to me by the Lakeland staff – they’re like big tea bags that you crack the egg into and then simply pop into a pan of boiling water. 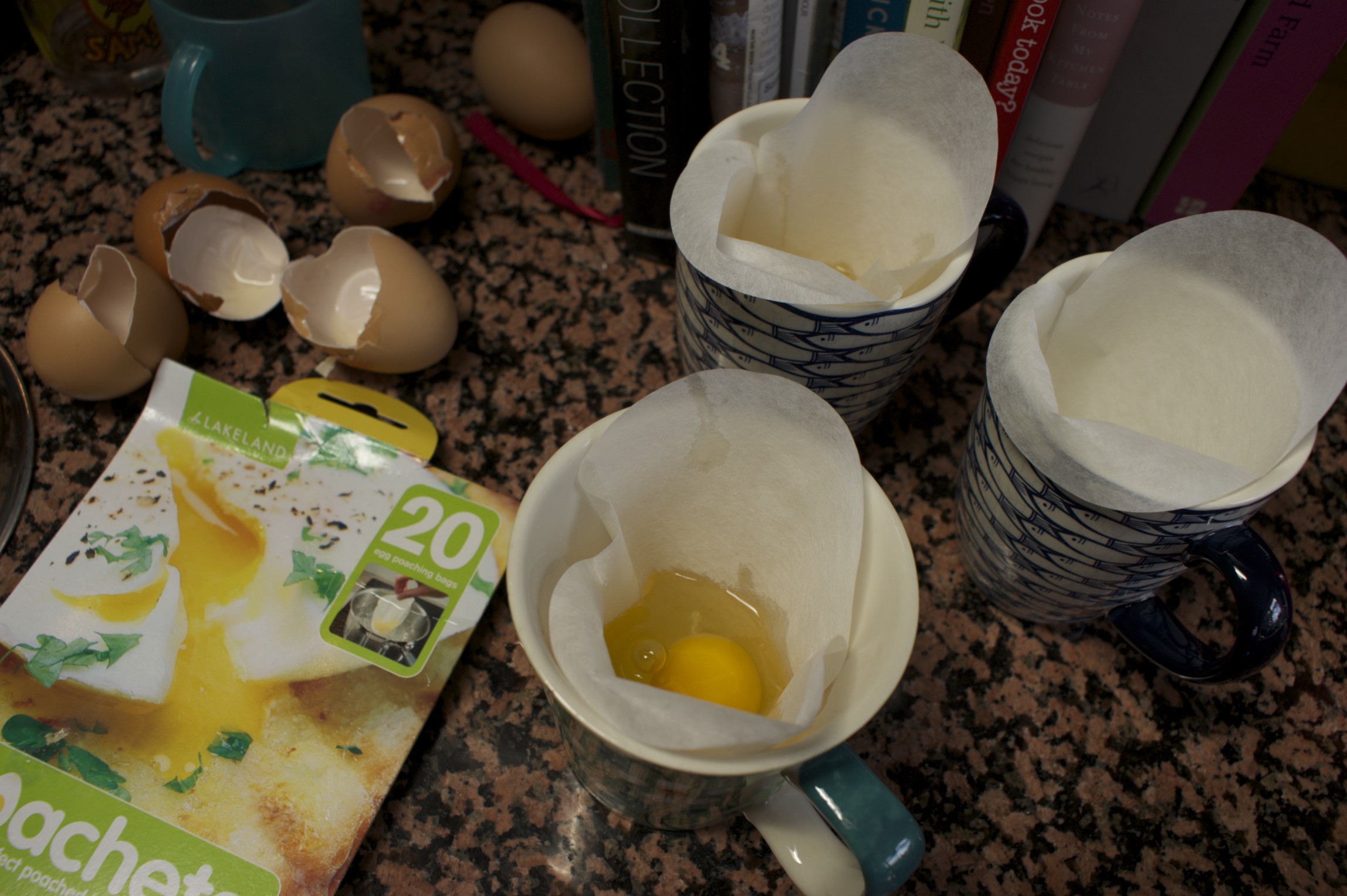 When I tried them out for myself I put each Poachet into a cup and then cracked the eggs in. Then you just lift them individually into the pan of gently boiling water and pinch the top together to form a seal. Six minutes later they’re ready to lift out with tongs.

The material that the Poachets are made from cools down really quickly so you can handle them safely with your fingers when you turn them upside down and give them a wiggle to release the egg onto your plate.

There’s no need for vinegar in the water and no need for butter or oil to line them which is my main niggle with other poaching gadgets.

My only gripe was that they seem to pick up a fair bit of water along the way so it’s best to put them into a bowl when you first remove them from the pan so you can get rid of the excess water and prevent your toast from going soggy. Wet toast is the devil’s work.

The instructions recommends that you cook them for six minutes, but next time I would probably cook them for more like five minutes for a slightly runnier yolk.

Purists might sniff at the triangular shape of the resulting egg, but this is family cooking we’re talking about. The best thing is the convenience and the lack of egg white entrails that could creep the kids out and put them off eating it altogether – and that’s always best avoided.

Poachets are not re-usable, but they are recyclable.

You can find Poachets at Lakeland – they’re £2.99 for a pack of 20. Thanks to Lakeland for my samples.