Playdate food can be a minefield when you’re catering for other people’s kids. You know what your kids like, but their friends are another matter. And let’s face it, all kids have their foibles when it comes to grub. My boys are pretty good eaters, but will take sudden loud dislike to random things like melted cheese at someone else’s house saying “that’s disgusting” – mortifying!

I tend to stick to simple fodder like fish fingers, chicken goujons or the ever popular sausages! But me being me, I try to get some kind of taste sensation going on without going too OTT and alienating my young diners.

So when Sam’s new best friend came over to play last week I was keen to get it right. I decided to roast some potatoes and tried cooking the sausages in with them with a healthy scattering of rosemary to big up the flavours. 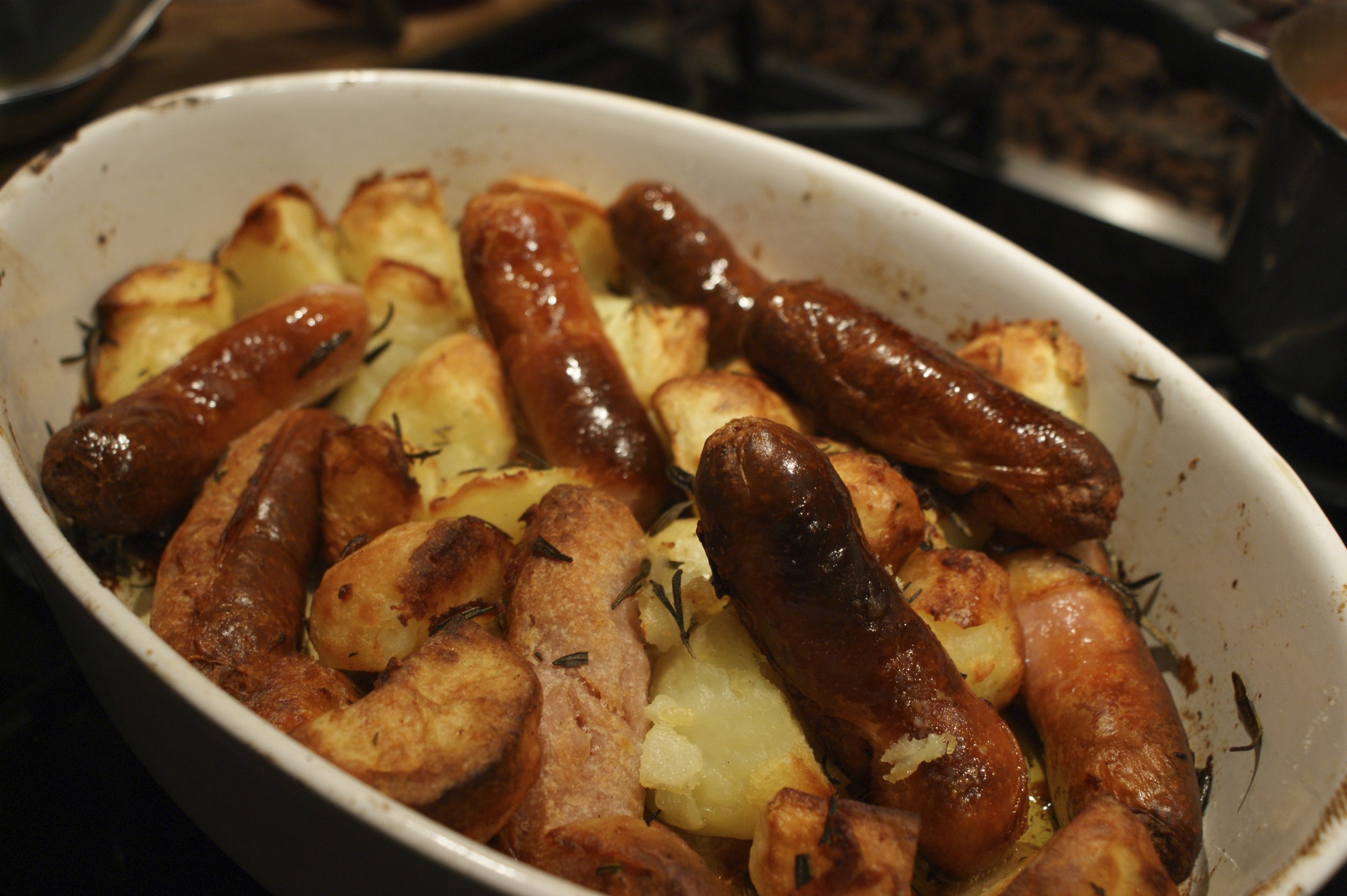 A one pot supper - no messin

Well it was a big success and extremely low maintenance. I prepped the potatoes in advance then got them straight in the oven as soon as we got home from school, I added the sausages a while later. The only other thing to do was steam some carrots.

Directions
1. Preheat the oven to 220’C, 200’C Fan, Gas Mark 7. Place the potato wedges into a roasting dish in one layer. Drizzle with the olive oil and shake them around so they’re fully coated. Season, dot the rosemary sprigs around the dish and then roast in the oven for 20 minutes.

Tip: Some sausages cook quicker than others, so keep an eye on them to make sure they don’t crisp up too much and go hard.

You kind of need a pudding when you’re feeding kids, mainly to bribe them through their main course if they’re a bit distracted.

My lovely father-in-law decided to make something cool out of Sam’s Shrek Cookbook. Frogspawn jelly anyone?! It’s basically lemon jelly mixed with passion fruit. The results look absolutely minging but I thought it tasted zingy and fresh. The boys were fascinated by it, but not too sure about the frankly creepy looking pips. I think it appeals to boys who love anything that looks disgusting or out of the ordinary!

It’d also be a fun activity to actually make it with your little one. Making jelly is a fascinating process, and scooping the fleshy seeds out of passionfruit is great fun! 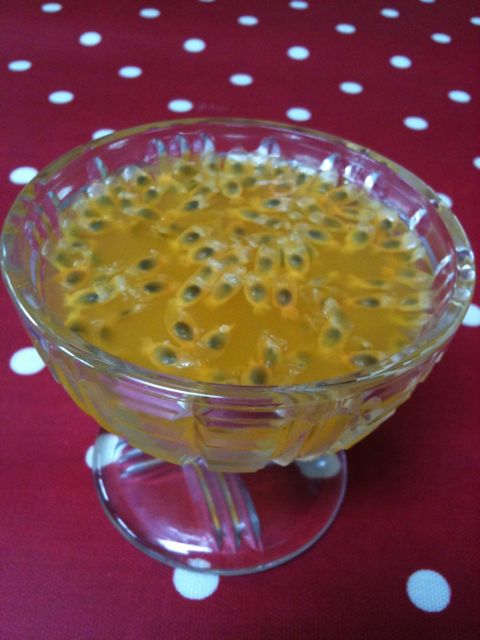