I thought I’d introduce a new feature on my blog called Reduced To Clear. Like the shelf in the supermarket where you often find a gem amongst the dented cans of beans and kosher popcorn, this post will be about some of the recipes that praps didn’t go so well but have redeeming qualities. 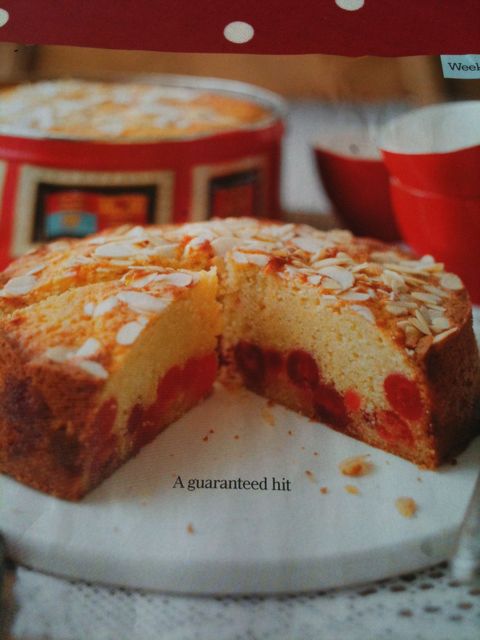 First up is the Cherry and Almond cake recipe I tore out of June’s Good Food Magazine with high hopes that it would become a regular fixture on my baking list. It’s one of my fave types of cake but I hadn’t quite got around to making it. Maybe deep down I’ve not wanted to make it in case I stuffed it up. Must be psychic.

Glace cherries take me straight back to my mum’s kitchen, where she kept a big jar of the plump red beauties in the cupboard where you could find all those magical things like jellied orange segments, hundreds and thousands and tiny silver balls.

My mum knocks out huge batches of cakes without even blinking. She’s a fully trained up home economist and is my 24 hour emergency cooking hotline. When I call with a query it’s normally greeted with “What have you done now?!”. She’s seen it all before and doesn’t cling to recipes like I still do…

Anyway, back to the cherry and almond cake. The picture of the said sweet treat shows the cherries have sunk to the bottom. I think it looks quite pretty but decide to follow the tip which advises to chop the cherries if you want them to be more evenly scattered through the sponge. 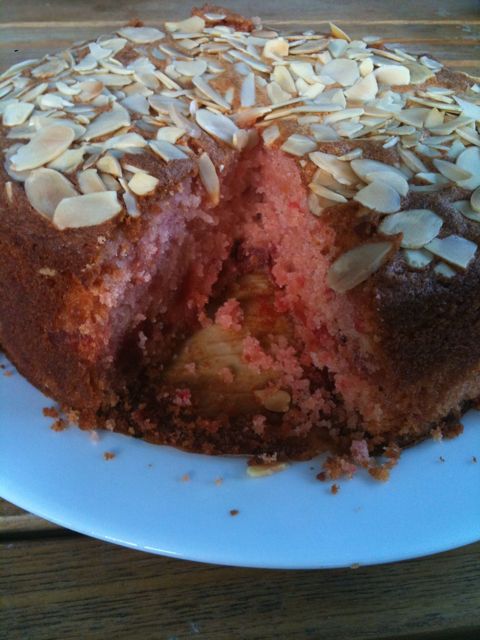 Well I think doing that combined with the fact that I lazily used my kitchen aid for the entire process resulted in a bright pink sponge!

If i’d just taken a bit more time to gently fold the cherries into the mixture rather than dumping them in the mixer I’m sure things would’ve been different!

Ah well! It actually tastes divine – like a huge moist bakewell tart minus the pastry or icing.

Thank goodness it was just a testing session as opposed to the centrepiece to a cake stall or afternoon tea.

Also in Reduced To Clear is Nigel Slater’s recipe for Chicken Cakes that I tore out of my mum’s Radio Times last September. 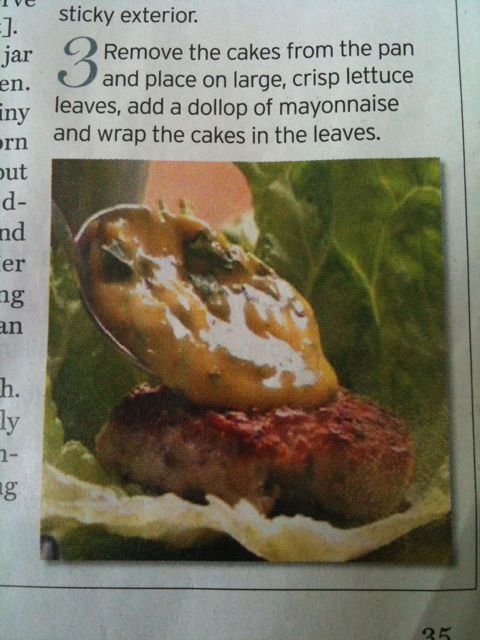 I adore Nigel. His recipes are unfussy and generally involve double cream, butter and pork products – what’s not to love?!

But I dared to go off-piste and make a few subsitutions when I didn’t have two of the ingredients. So instead of chicken and bacon, I used turkey and ham.

Do you know what, it wasn’t a disaster, it was like a weight watchers version. Seriously, if you’re on a diet my tweaks are pure genius. But if you’re feeding hungry boys and men, then don’t bother!

The parmesan, lemon and thyme gave the burgers a beautiful summery quality. However the lack of juice because I omitted the streaky bacon meant they had a slightly dry texture. 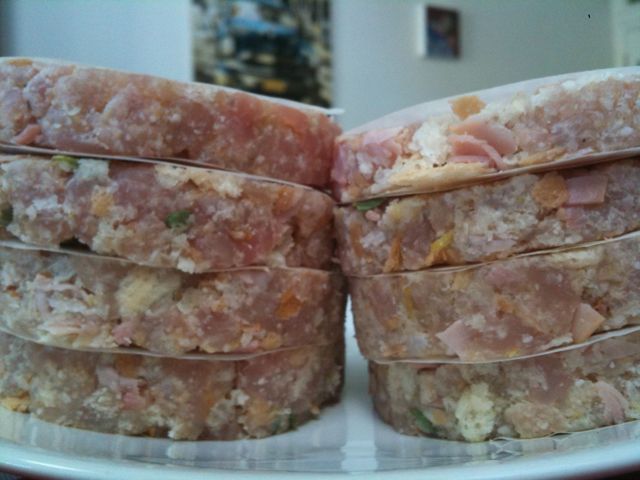 Pressed and ready to go 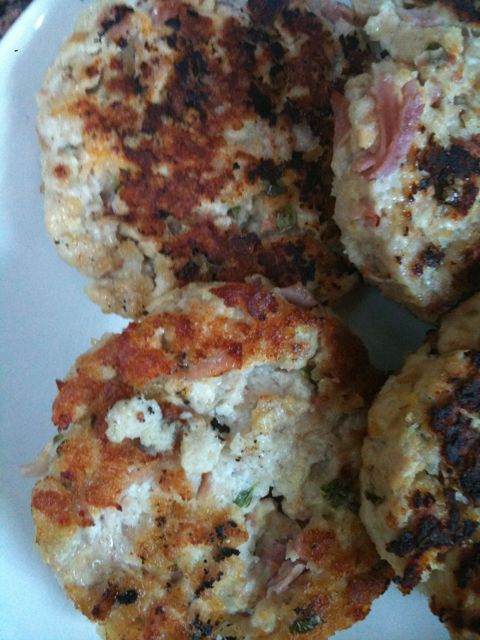 Matthew (lover of all things burger) wasn’t impressed. He only ate one. Very clear signal that they weren’t up to scratch. The boys ate them, but didn’t enthuse. I really liked them, but that’s irrelevant.

I’ll defo make them again, but will do the lardy version. Very foolish to try and mess with the Slater!