I’m pretty much on a permanent quest for recipes, it’s like an itch that can’t ever be fully scratched.

Once a month I try and sit down and go through magazines and tear out anything I like the look of. I’m constantly monitoring my fellow food blogs for new ideas. I pick up recipe cards at the supermarket. I ask my friends what they’re cooking and nose through their cookery book collections.

Of course I have a sizable collection of books myself, and every now and again I’ll have a flick through one I’m feeling guilty that I’ve bought but never used (mainly because my husband gets annoyed with the size of my collection and I feel the need to justify them) .

But i’ve found a new friend…

I have recently signed up for a free service called Spoonfed Suppers. Every morning you get an email from this 1950s housewife-type ‘Candy’ with a recipe for that night’s meal. And at the end of every week you’re sent a shopping list of ingredients you’ll need for the following week.

Being a bit of a foodie I don’t need to be spoonfed my suppers thanks-very-much BUT I am an avid recipe hoarder.

I’ve been collecting Spoonfed Supper emails for a wee while now, but this week I took a chance and threw one into my weekly meal plan – and it came up trumps.

(2) Then place the cod fillets onto a baking tray. Spoon the lemon and parsley breadcrumbs on top of each and pat down with a spoon to form a thick coating. Bake for 12 mins, or until the flesh has turned opaque white and is firm to touch.

(3) Cook the vegetables in a boiling pan of water for 4 mins, or until tender but with bite and the spinach has wilted. Then drain.

(4) Toss the cooked vegetables with the remaining oil, mustard and lemon juice. Serve alongside the lemon and parsley cod with a handsome chunk of bread. 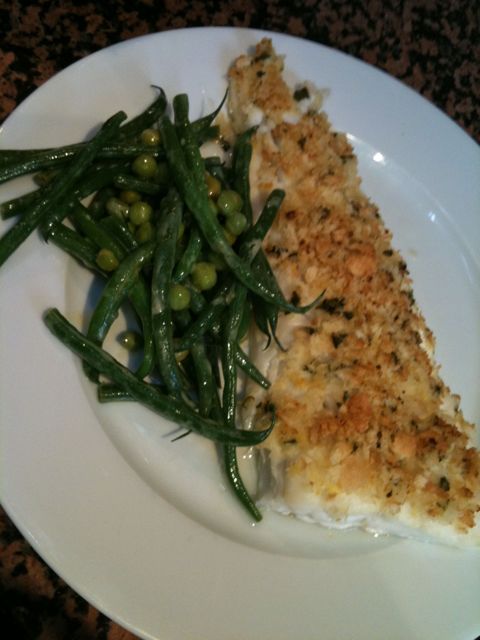 It was a light and lemony dinner that everyone snaffled up pretty quickly. The dressing for the vegetables was EQUISITE.

I didn’t put the dressing on the children’s veggies as I thought the mustard might be a bit of a turn off.

I didn’t have any parsley, but substituted it with fresh basil from the garden. This worked really well.

It’s very quick to prepare and cook, in fact one of the quickest meals EVER! I feel more inclined to try some of the other recipe emails Candy has sent me now… 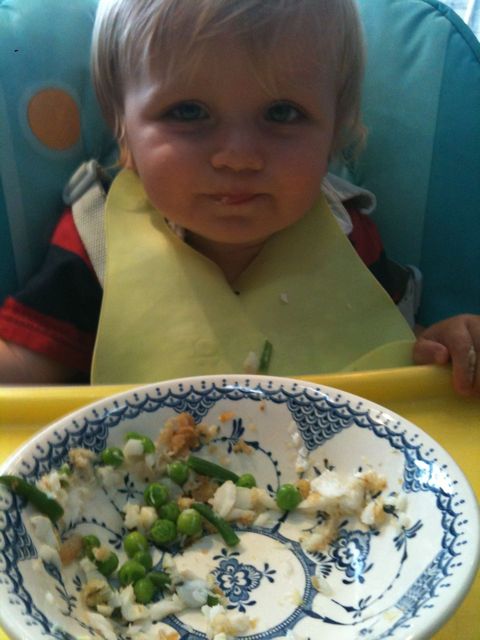 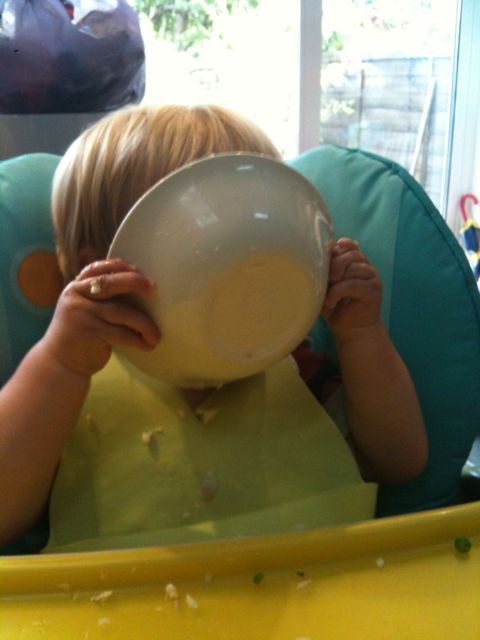