To celebrate the ten years that have passed since we first clapped eyes on each other at the Notting Hill Arts Club, Matthew and I decided to spend Saturday night at the Taste of London food festival.

Regents Park was bustling with well-heeled foodies and celebrity chefs all coming together to celebrate the top notch food destination that is London!

Our delicious playground for the night was a fabulous array of pop-up outlets of swanky London restaurants like York & Albany and Le Gavroche, along with a myriad of food producer stands piled high with cupcakes, artisan breads, champagne, hand made chocolates… I could go on…

You know you’re leaving the hum-drum of reality when you exchange your pounds for Crowns to spend on whatever food takes your fancy.

It’s hard to know where to start – the menus all looked so incredible, so our strategy was to mark down the things we really wanted to try and save some crowns for the little extras we would stumble upon.

Matthew was overwhelmed by the smell of food, so he got started straight away with a delicious lamb burger from the Welsh Assembly stand. 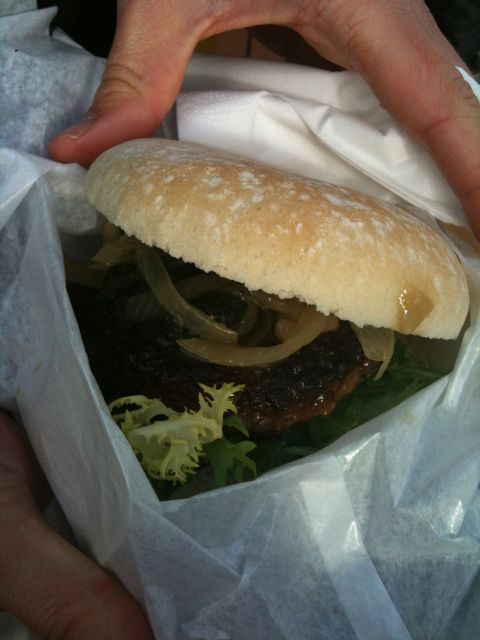 That took the edge off things so we could relax a little and wander around taking in the beauty of it all. I spied a cupcake stall and off I trotted to check out my favourite food stuff. Beas of Bloomsbury had a very stylish stand – their meringues were particularly stunning. The cupcakes were all very simple and elegant. 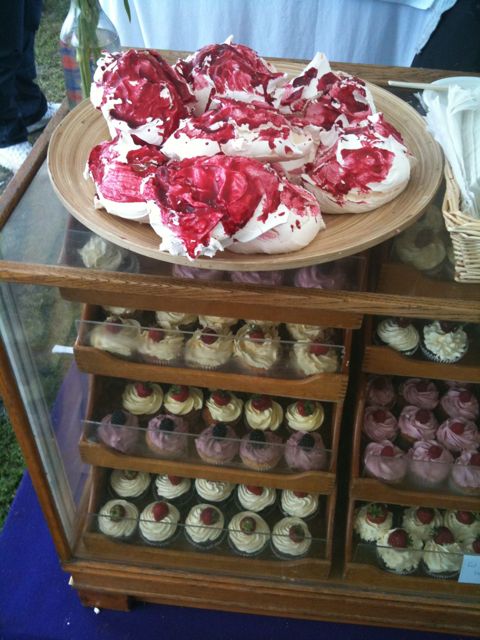 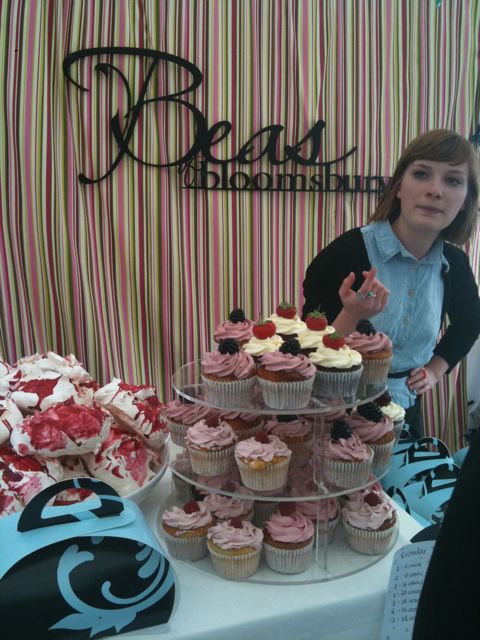 Flour Power City Bakery had all their breads and brownies piled high – with tempting little samples to draw us in. We happily obliged of course! 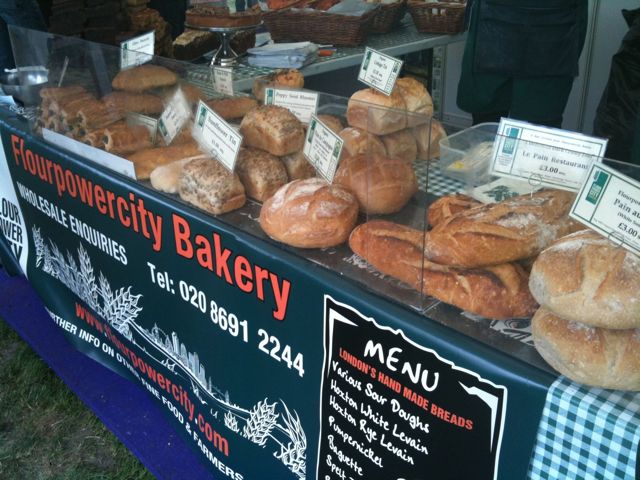 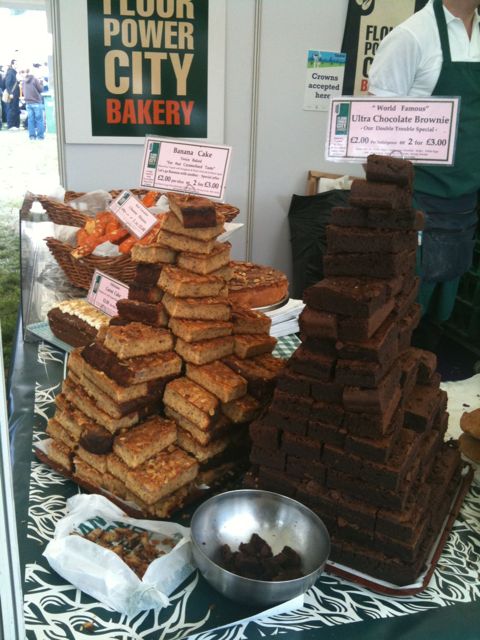 There were loads of different champagnes and sparkling wines to check out… I’ve lost track of how many we tried but the UK based Chapel Down wines were our favourite of the evening. 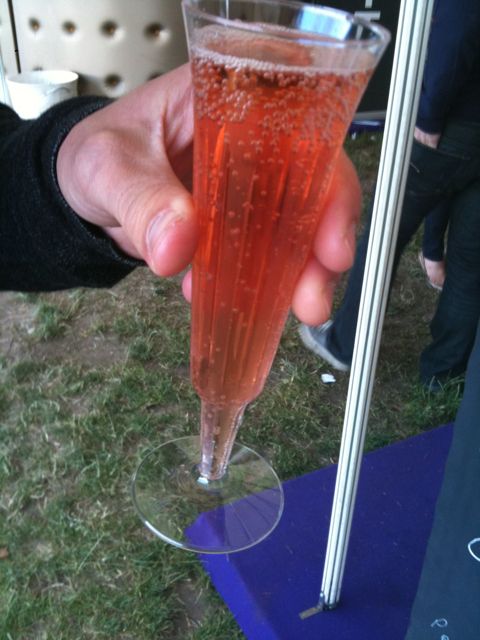 The highlight of our evening was the Heston Blumenthal Q&A session at the Waitrose Kitchen. The bespectacled alchemist cook spent ages answering punters’ questions in a very captivating session led by Waitrose Executive Chef Neil Nugent.

He talked about how visiting a Michelin starred restaurant in Provence as a child with his parents and sister had totally inspired his entire career. The smell of the lavender, the crunch of their feet on the gravel drive, the carving of the meat at the table – a real sensory experience that feeds into everything he does now.

The guy is so accomplished,  it’s really amazing to think he’s completely self taught and the first restaurant he ever worked in was his own when he opened The Fat Duck in Bray.

There were some great questions from the audience. When asked what he eats when he’s off duty at home, Heston admitted he’s partial to a bit of prawn cocktail straight from the jar.

He was also asked for his take on Friday’s abysmal England World Cup game – he said they should have started with Crouch! 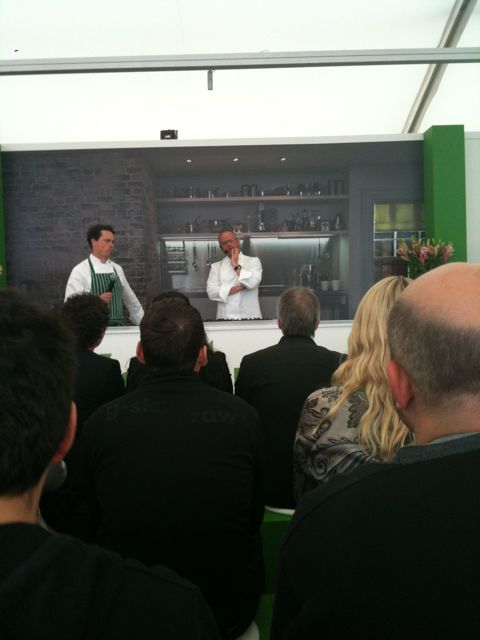 I worked alongside Neil Nugent during my internship at Waitrose, so had a quick chat with him. He’s such a legend and kindly said Matthew and I could try the entire Waitrose Taste menu for free – hurrah!

The first dish we tried was Smoked Salmon with ponzu and Japanese wands. 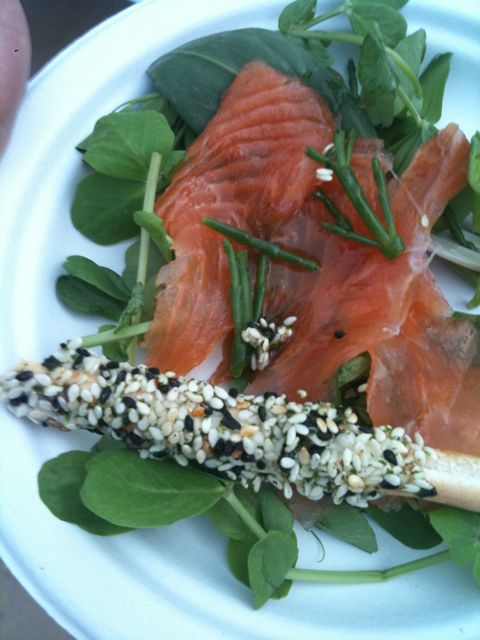 Next up was Veal polpettini. This was just incredible – juicy, flavoursome and shovelled down quick-smart! 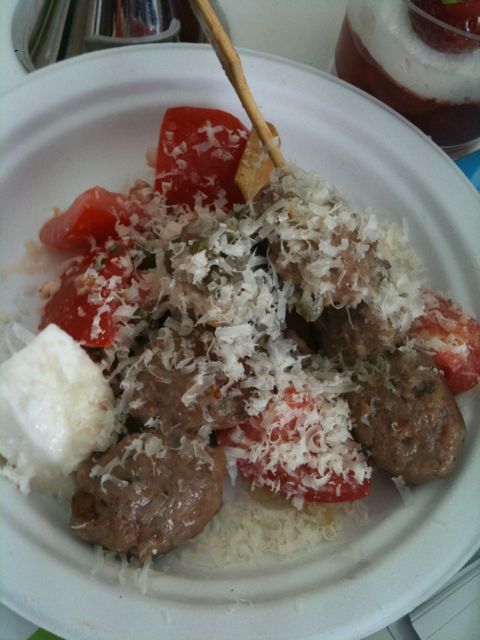 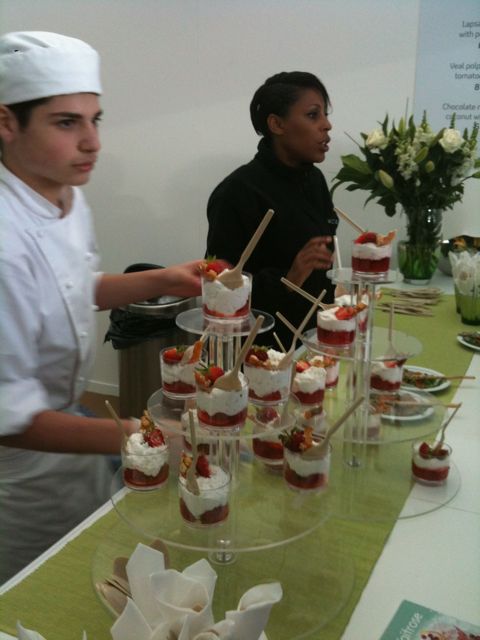 Feeling extremely happy with our freebie feed, we headed back into the crowds to sample some more delights. Nostalgia was driving our next couple of choices. Busaba, the great Thai restaurants, were offering up our favourite canape – Prawn Pomelo. It’s basically a leaf piled with intensely tasty morsels of shrimp, lime, ginger, nuts, pomelo, coriander coconut, chilli and shallot. Looks odd but trust me it’s divine. 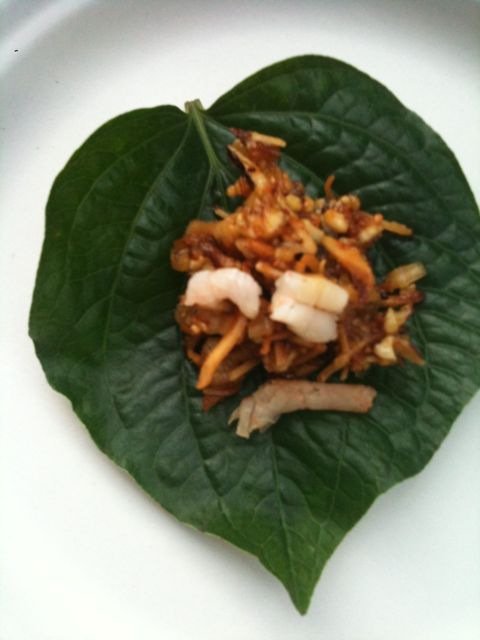 We tried this delicate dish when we first went to Thailand and were celebrating the Thai New Year at the Oriental Hotel in Bangkok. An unforgettable holiday that led to us going back the following year to get hitched. We kinda liked it there!

The second dish we tried was also based on a holiday experience. This time Cuba. We’d spotted Mexican doughnuts with butterscotch sauce on the menu at Asia de Cuba’s pop up restaurant, and really just had to try them. I’m afraid there’s no picture coz we just hoovered them up in an instant. 🙂

We’re defo up for trying out their place in St Martin’s Lane coz not only was the food delicious, but the staff at Taste were grooving on down behind the counter and having a total blast! If the restaurant is anything like that it’s gotta be worth a visit!

We had SUCH a great evening at Taste. It makes you really appreciate what a mighty food scene there is in London and gives you the chance to totally revel in it for a night. We came home with full bellies and shopping bags… 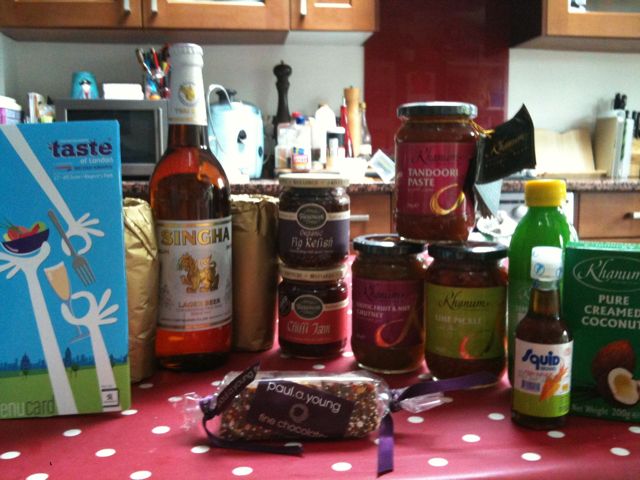 This chocolate is AWESOME by the way! Hand-made pieces of perfection by Paul Young. I bought the beautiful milk chocolate covered marzipan – isn’t it stunning?!!! My friends won’t be surprised to hear that a certain Jonny Beatty sniffed this stall out and told me it was a must-see! 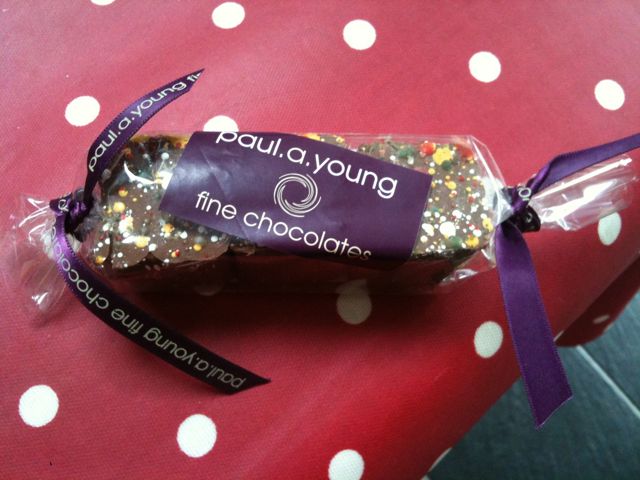