I tried out the last of the recipes I’d ripped out of June’s Good Food Magazine over the hot and sticky weekend. Should have been barbequing but poor Sam came down with a high temp and a cough that sounded like he’d been on the Benson and Hedges 🙁

So we spent the weekend hiding indoors and I set about cooking large amounts of food with some great tunes on – namely the playlist from my friend’s wedding in Mallorca.

So first up was Spinach and Ricotta Cannelloni – see link for recipe. I’ve never allowed myself the time to make cannelloni before but it really is worthwhile. I used a large amount of ricotta and mascarpone so it’s not very good for the diet, but it’s extremely comforting.

I made two large dishes of it – one for now and one for the freezer. HOWEVER this was to be my undoing, as I wedged the dish into my beloved Maytag freezer and slammed the door shut something had obviously got knocked. A few hours later the freezer and fridge had started to defrost – just brilliant 🙁

Luckily we managed to dig out our old fridge freezer and rescue most of the wilting food. How dependent we are on our appliances.

It was definitely worth the trauma though – the cannelloni was super lush and the fridge/freezer started working again – result! 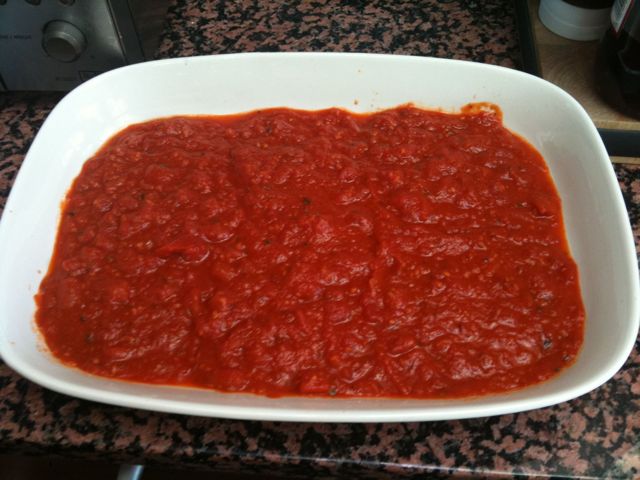 The tomato sauce forms a nice sweet base for the cannelloni 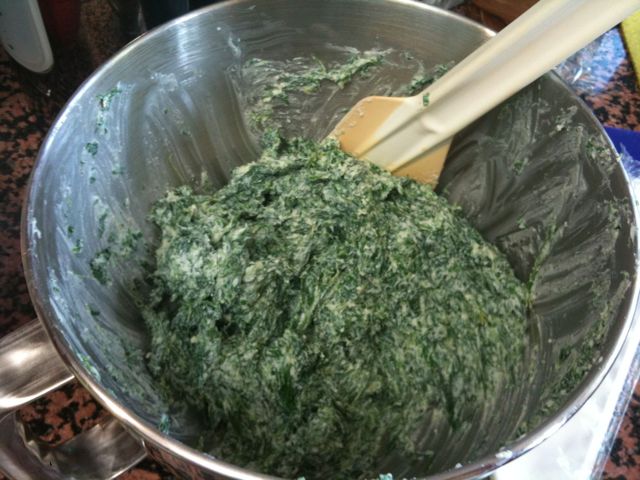 The spinach and ricotta filling - the nutmeg really peps it up 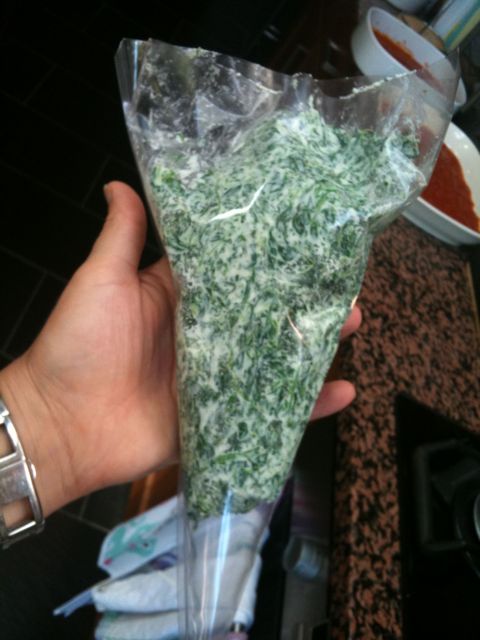 I used a disposable piping bag to fill the pasta 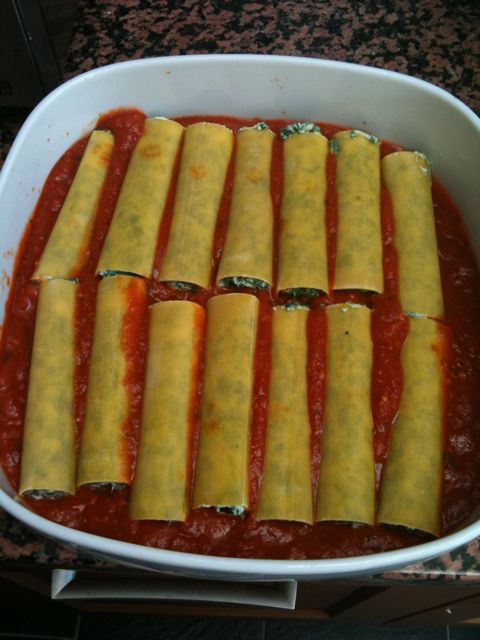 The filled pasta tubes - crammed in as many as I could! 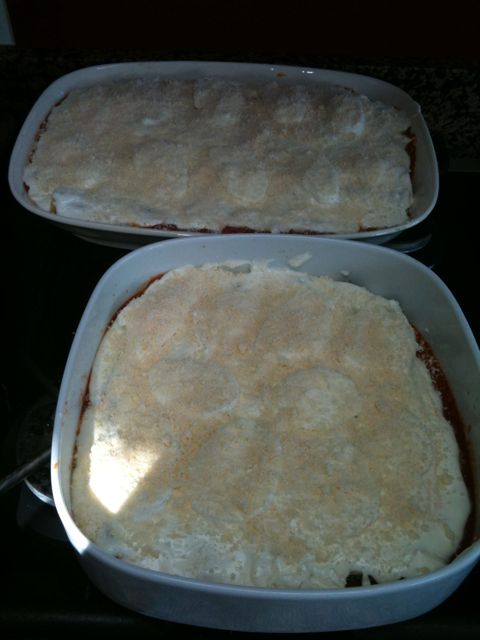 Topped with the mascarpone based white sauce, slices of mozarella and parmesan - SO damned cheesy! 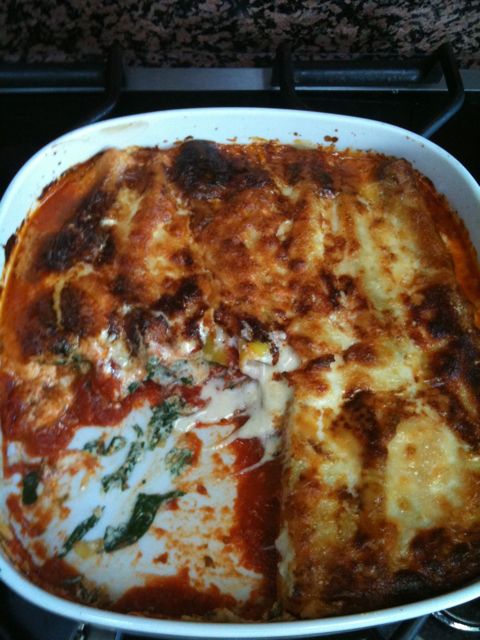 Did the boys like it? Matthew – yes, Arlo – yes, Sam – you’re joking. The battle of wills with my four-year-old son continues…

The French style chicken with peas and bacon was marginally more successful – he ate a few mouthfuls of it after intense persuasion. Maybe I should go into a career in negotiating?!

The dish was lovely though. I was surprised how tasty the wilted lettuce was. A really simple wholesome supper and ideal for using up the chicken stock that had defrosted. 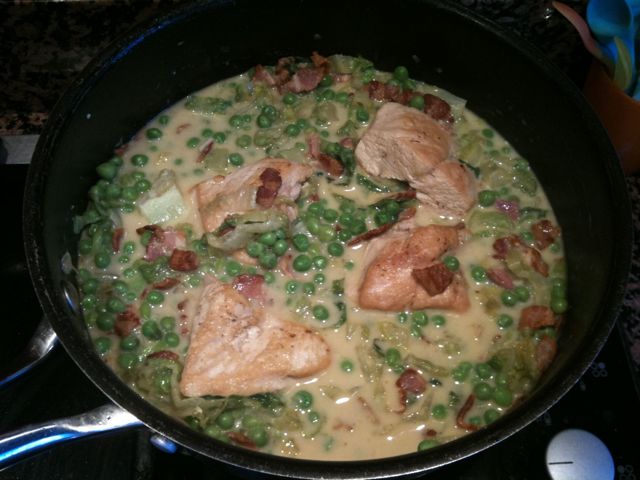 A great one-pot supper that doesn't require much effort - hurrah!

With the rest of the freezer harvest I made a gigantic fish pie with cod, salmon and prawns. Not made it for ages and used the Annabel Karmel recipe as a rough guide. I don’t religiously follow her recipes as they’re quite fussy – but the white sauce is so yummy when you use the milk that you’ve poached the fish in.

Sam didn’t eat this either, but the rest of us wolfed it down and there was plenty of leftovers for Matthew’s lunches this week.