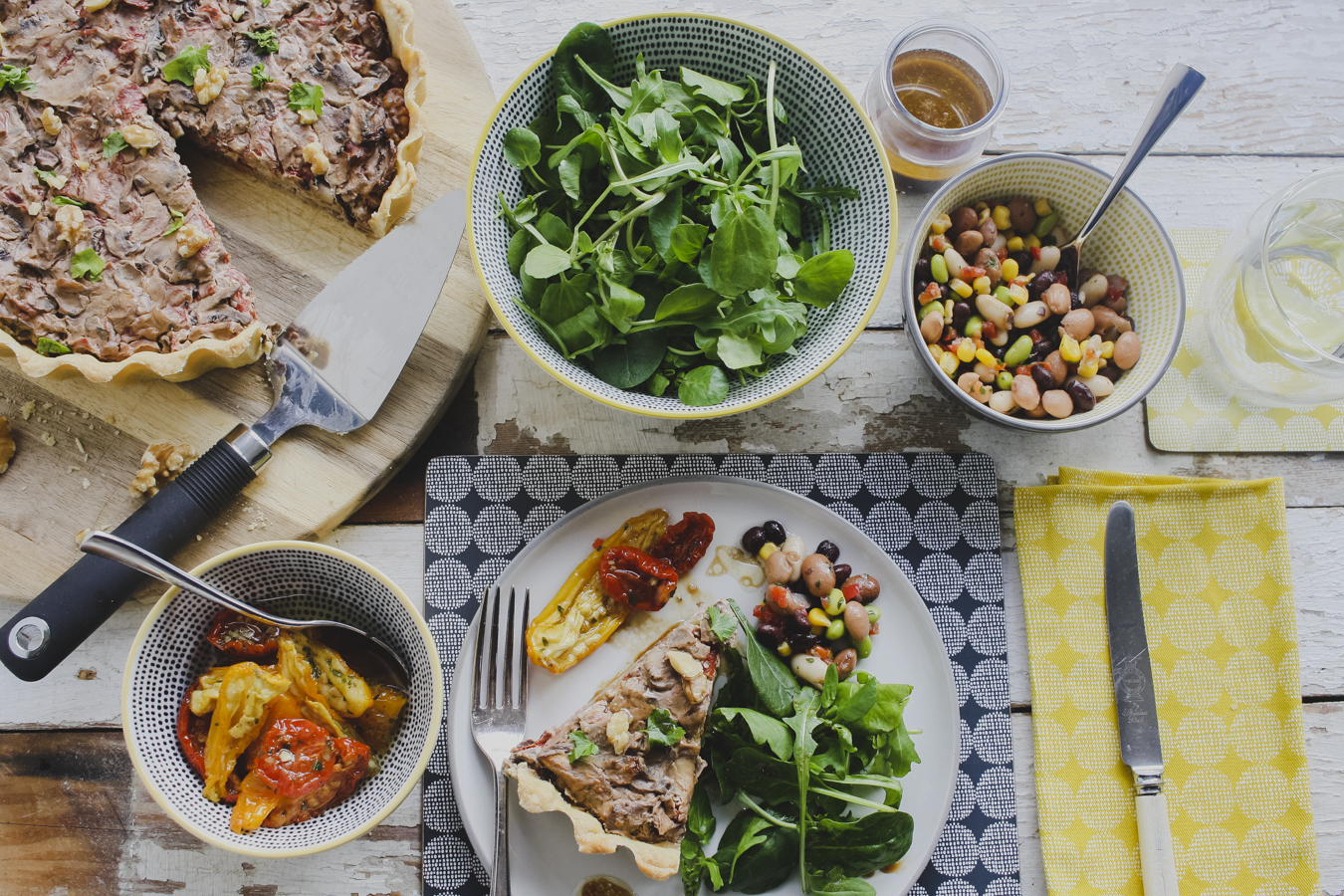 This super tasty Vegan Mushroom, Roasted Pepper and Walnut Tart will be the star of the show if you’re cooking for a hungry crowd, plus it’s perfect for making in advance if you want to get ahead. With so many people giving Veganuary a whirl, I thought it’d be a good time to roll out a delicious plant-based recipe.

I’ve been curious about making a vegan vegetable tart for a few months, as some of you may recall I was going to make a rainbow vegetable pie in December that never materialised. This is my way of making up for that! It’s definitely not rainbow coloured, but what it lacks in vibrance it more than makes up for with bags and bags of flavour. You can serve it hot or cold, and with whatever side dishes you fancy. I kept things bright and breezy with a colourful array of salads.

So I’ve never been one for making my own pastry, instead preferring to keep things simple by using the ready-rolled stuff from the supermarket. Jus-Roll pastry is vegan, so if you can’t be bothered to make your own, then I’d suggest using a pack of this for my recipe.

HOWEVER, I’ve been sent a shiny new Magimix food processor and I wanted to make the most of its functionality to see what it could do. I was a little reticent about making vegan pastry, wondering how it would taste and what the texture would be like. I found an American recipe and converted it to British measurements. It’s basically got vegetable oil and vegan margarine in it, so it’s not hugely different. 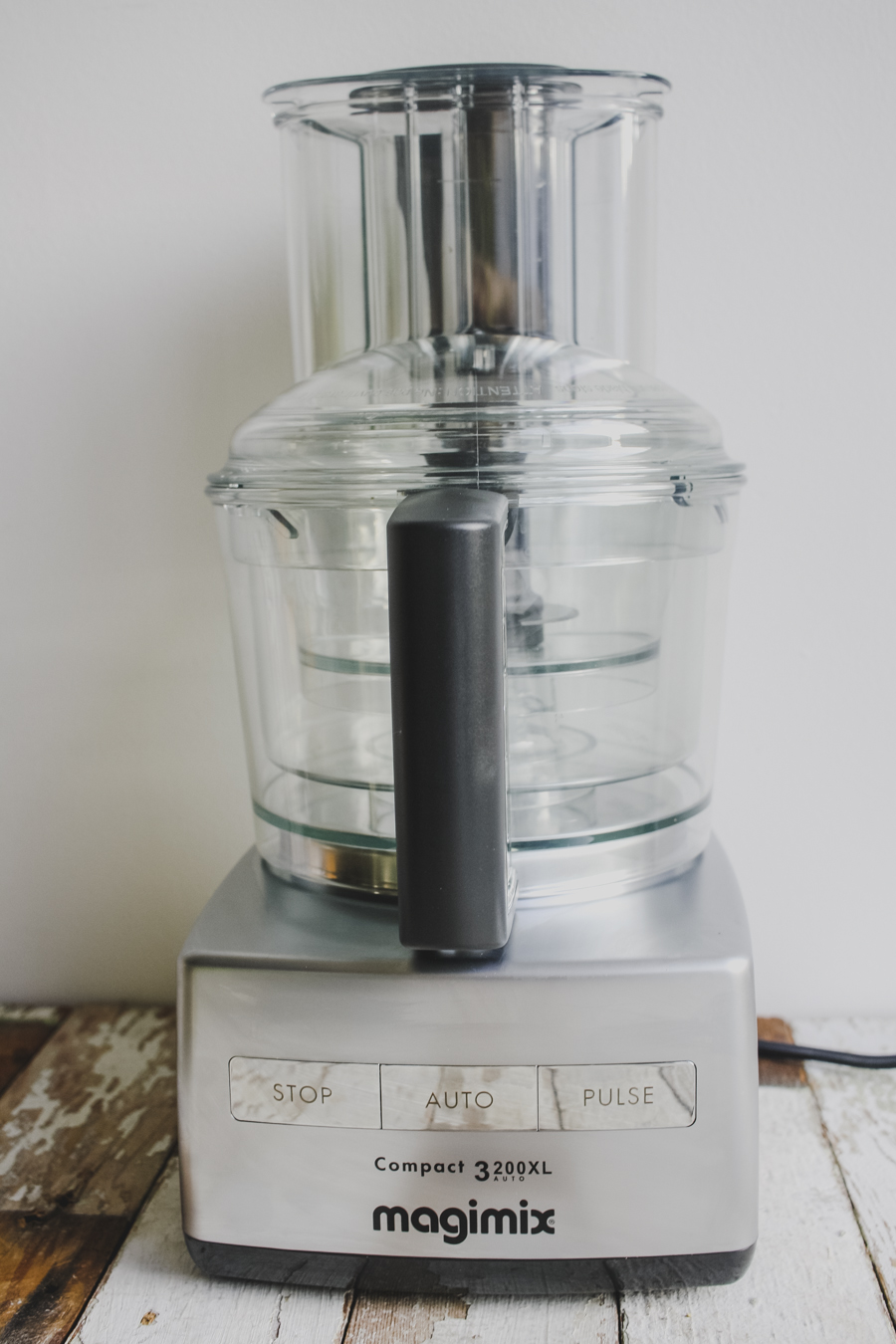 I used the largest bowl in my Magimix to make the pastry, and it came together in no time at all. I added the liquid gradually, and in fact didn’t need to use all of it, so don’t pour it all in at once if you’re following this recipe.

I forgot to grease my pie dish, but as there’s a decent amount of oil in the pastry it didn’t even remotely stick. It crisped up a treat in the oven and turned a lovely pale golden colour. It tastes great too. I think I’ve just been converted to make my own pastry. Having a food processor really does make a huge difference to how easy it is.

I also used the Magimix to prep the vegetables for the filling. It thinly sliced the mushrooms in a matter of seconds, and cut the shallots and garlic down to a pleasingly small size too. This gadget is already winning me over! 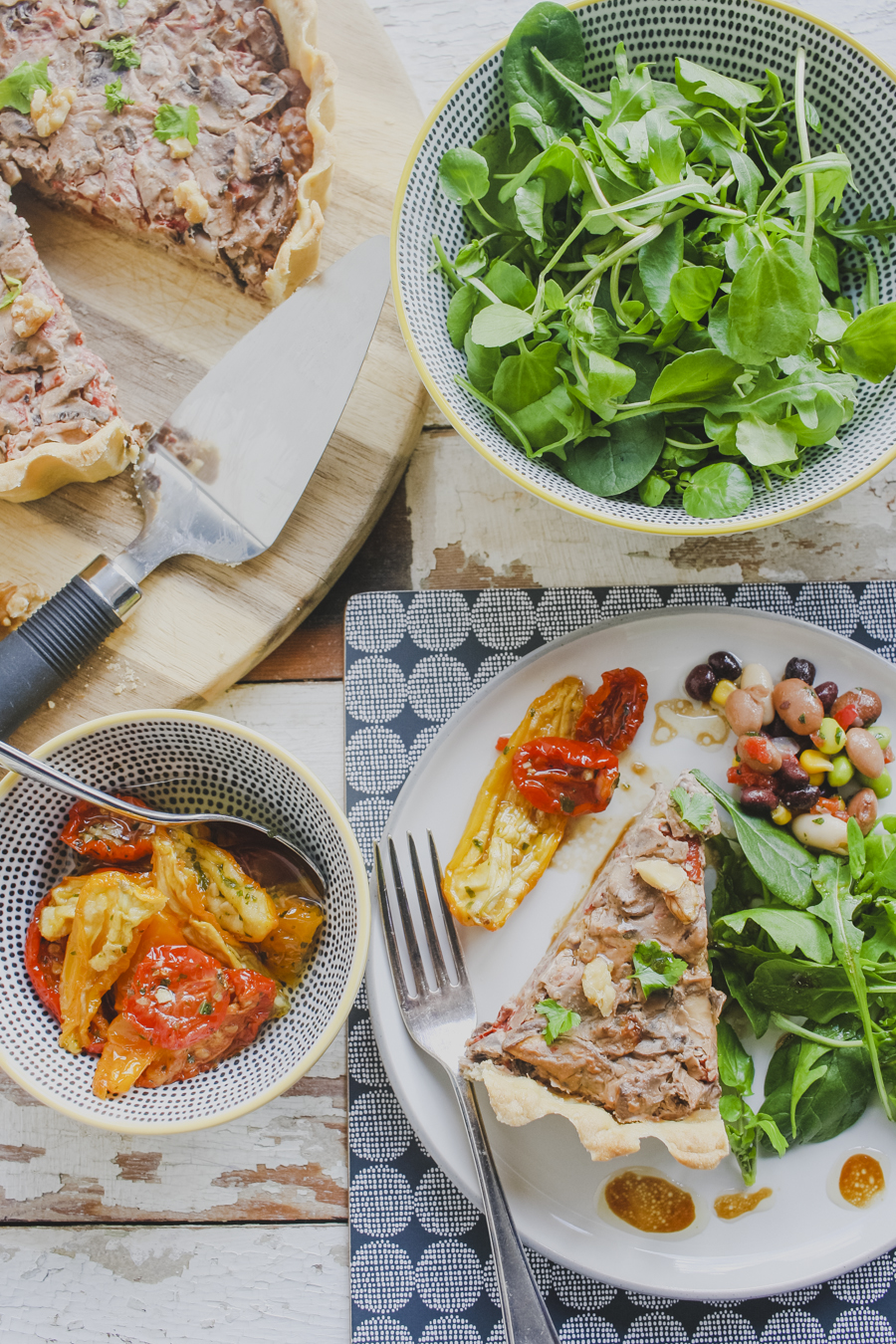 So the pastry was easy, what about the filling? I wondered how I could get a lovely creamy consistency without using dairy so I decided to give Vegan Cream Cheese ‘Sheese’ Cheddar Style Spread a try. It’s pretty pricey at £3.39 for a 255g tub from Holland & Barrett, but it’s delicious and melted really nicely into the cooked mushrooms, walnuts and peppers. Honestly there’s so much flavour in this tart it’s wonderful. I think the filling would also make a fantastic stand-alone vegan pâté to spread on crusty bread.

Because the filling was going into a pastry case, I didn’t want it to be too wet so I made sure I cooked the mushrooms until most of the liquid had evaporated. Once it was done it’s just a case of pouring it into the pastry case and baking it for about 40 minutes until golden. I let it cool down completely before attempting to take it out of the tin and slicing it, as I wasn’t sure how it would hold together. But it was GREAT – really firm and stable.

Soooo if you’re vegan, or cooking for vegan friends, I really really recommend giving this a try! 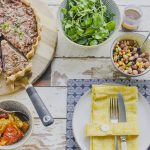 It’s not Slimming World friendly I’m afraid. If you divide it into 8 slices, it works out at 15 Syns per slice. So you could have it if you didn’t have any other Syns all day! I had a teeny tiny slice just to make sure it tasted good… and now I’ll let Matthew enjoy scoffing the rest.

Pin this recipe for later 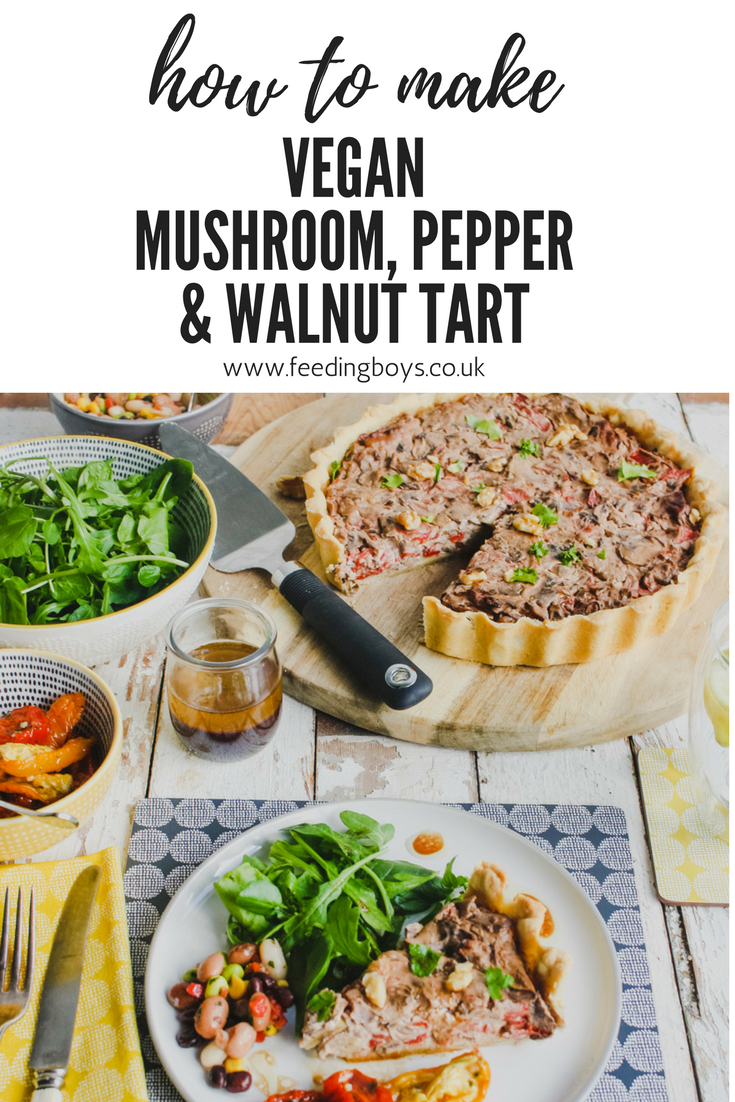 I have been sent the Magimix Compact 3200 XL for the purpose of this review. I get to keep the food processor, but rest assured all views expressed are my own.