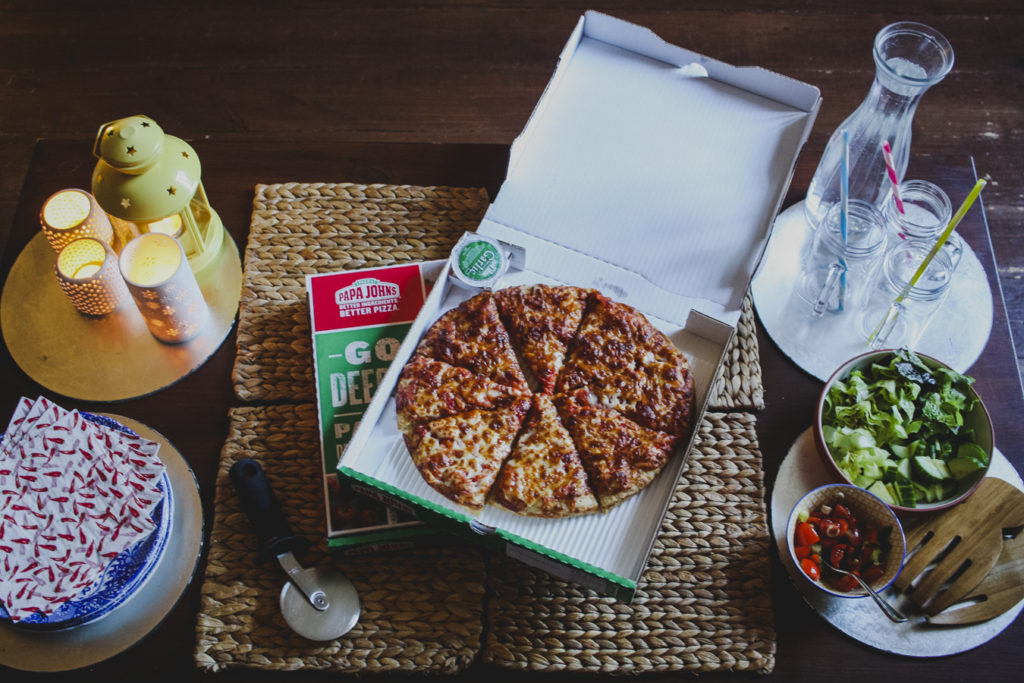 Pizza delivery company, Papa John’s, is offering pizza lovers an indulgent take-away treat with the launch of ‘Papa’s Deep Crust’, and they sent the boys and me a couple of boxes at the weekend to try. It was perfect timing for our Saturday family movie night. We don’t indulge in takeaway pizza very often as I tend to make my own, so the boys really couldn’t believe their luck! 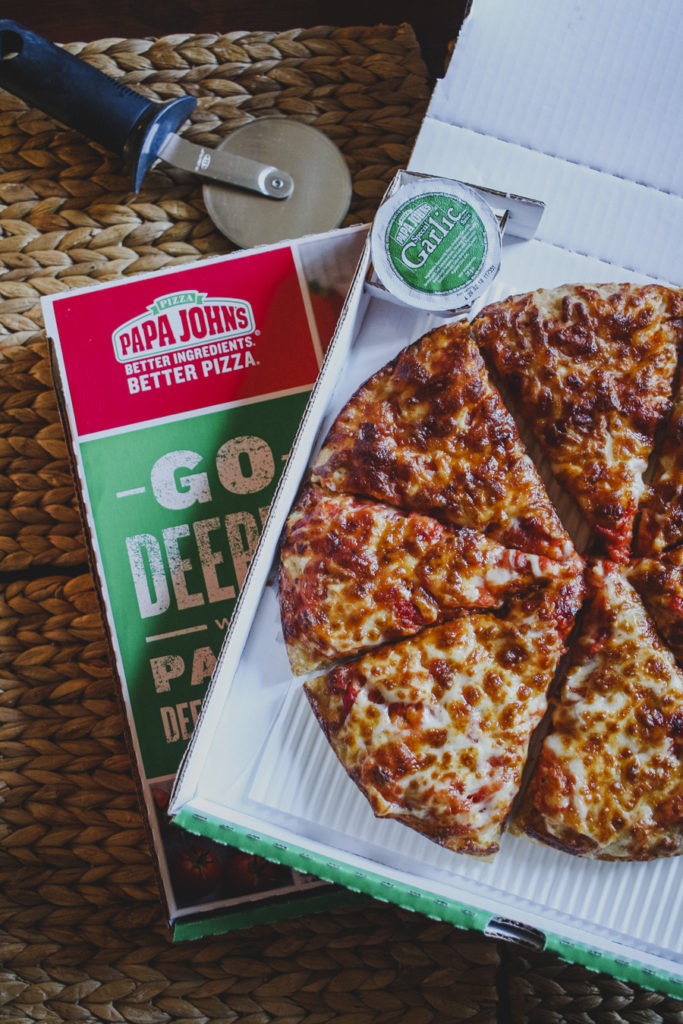 I like the fact that Papa John’s insist on using fresh ingredients for their pizzas, ensuring the use of fresh never frozen dough. A new recipe tomato sauce has also been created, using Californian vine-ripened tomatoes which go from field to can in six hours. Added to this is a blend of signature spices and extra virgin olive oil which are then reduced to create a richer tasting sauce, complementing the new thicker base perfectly.

Every ‘Papa’s Deep Crust’ pizza uses an extra cup of cheese, which is spread all the way to the edge of the dough to create a caramelised, crispy cheese crust. Each pizza is then completed with all the favourite pizza toppings, including fresh “store cut” vegetables. 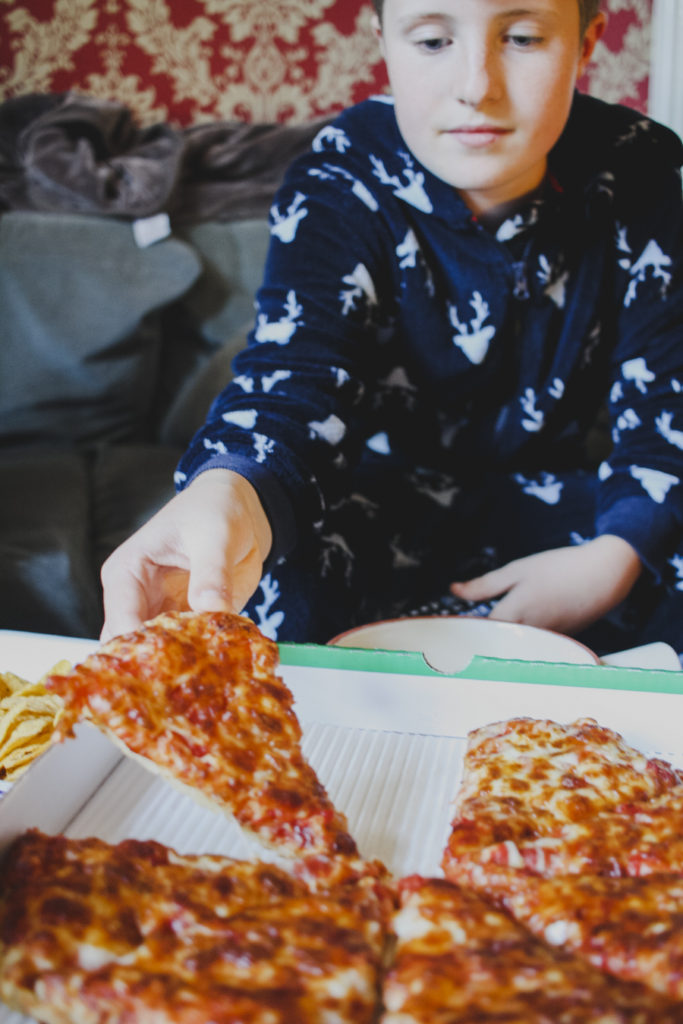 We were sent a Margerita and a Garden Party pizza to review.

The boys got stuck straight into the Margerita. Crispy, cheesy and pleasingly chewy base, topped with a really fresh tasting smooth tomato sauce topped with golden delicious cheese. Each fat slice takes a bit of eating, so you’ll find it lasts a bit longer than your average takeaway pizza! The boys adored it, even Arlo who’s gone off pizza a bit recently seems firmly back on it!

The Garden Party pizza was the same as above but laden with vegetables – it tasted really freshly prepared and each slice packed a satisfying punch. We don’t normally have leftover pizza, but we couldn’t eat it all, so have packed the remaining slices up for Matthew’s work packed lunches this week!

Try Papa’s Deep Crust for your self 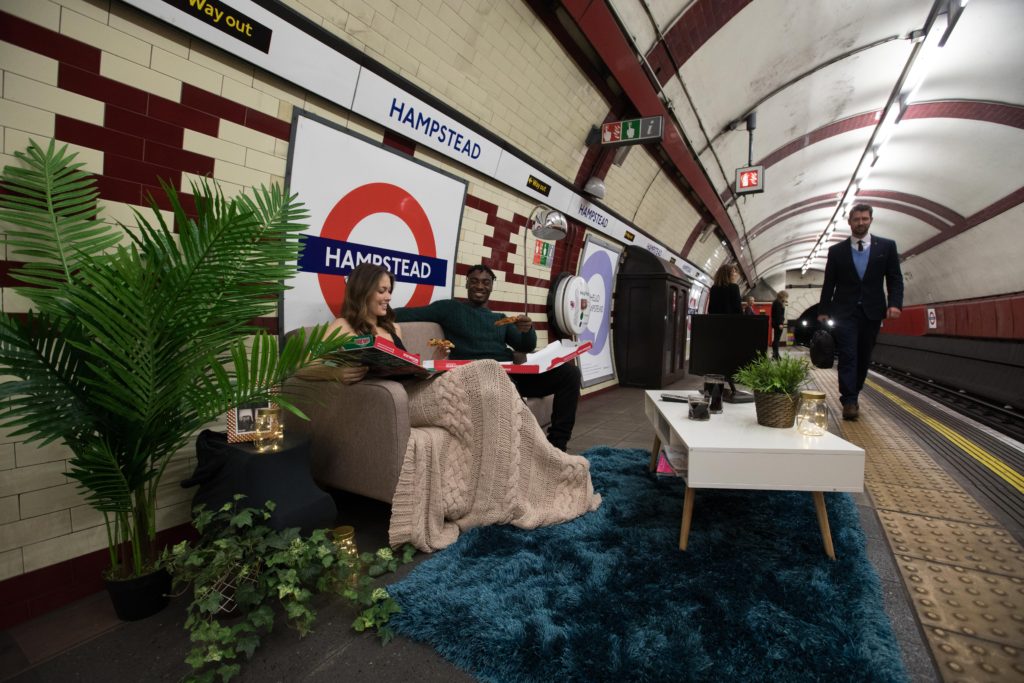 Papa John’s celebrated the launch of their new Deep Crust by serving it up to Londoners on the platform of the capital’s deepest Underground station at Hampstead. Luckily you don’t have to go that far to grab a slice yourself!

Disclosure: We received complimentary pizzas for the purpose of this review, and I was compensated to share this post with you. All views are my own and I only promote products I have genuinely enjoyed.