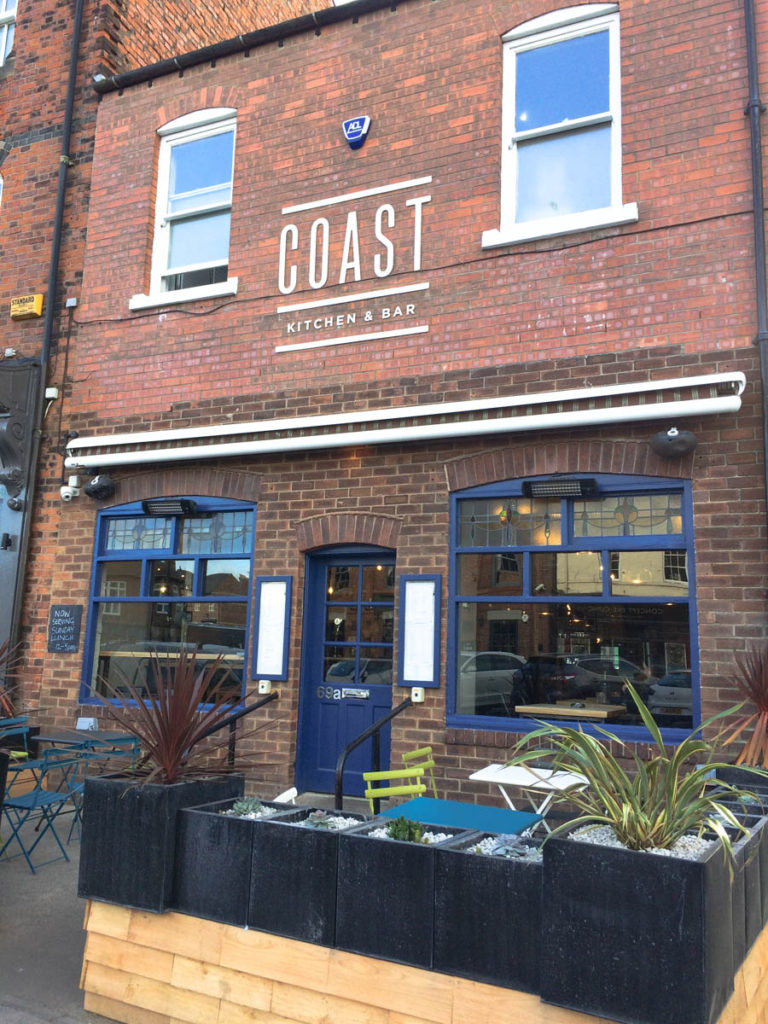 In an effort to elongate Matthew’s 40th birthday celebrations, I treated him to an impromptu lunch at Coast Kitchen and Bar this week, the latest restaurant to open on the thriving Front Street in Tynemouth.

The freshly opened joint is where Lui’s used to be – a cosy but tired tapas and wine bar that although well-loved by us locals had kind of had its day. In its place lies a bang-on-trend, ultra-minimalist interior of cream-painted brick walls, navy blue wood, huge blackboards, succulents in pots and the now standard ceiling full of multiple dangling lightbulbs. You really wouldn’t recognise the place after its 50k refurb!

It’s been set up by locals John Sproats and sister-in-law Rachel Errington with an emphasis on serving healthy food. The menu has a Californian vibe, with vibrant dishes that use seasonal and local produce. Rob Arnold is the inventive chef rustling all of this up in the kitchen who’s back in the region after an award-spinning couple of years in Vancouver. He’s also worked at Jesmond Dene House, Irvin’s Brasserie on North Shields Fish Quay, and alongside Michelin-starred chef Kenny Atkinson when he was at Rockliffe Hall near Darlington. 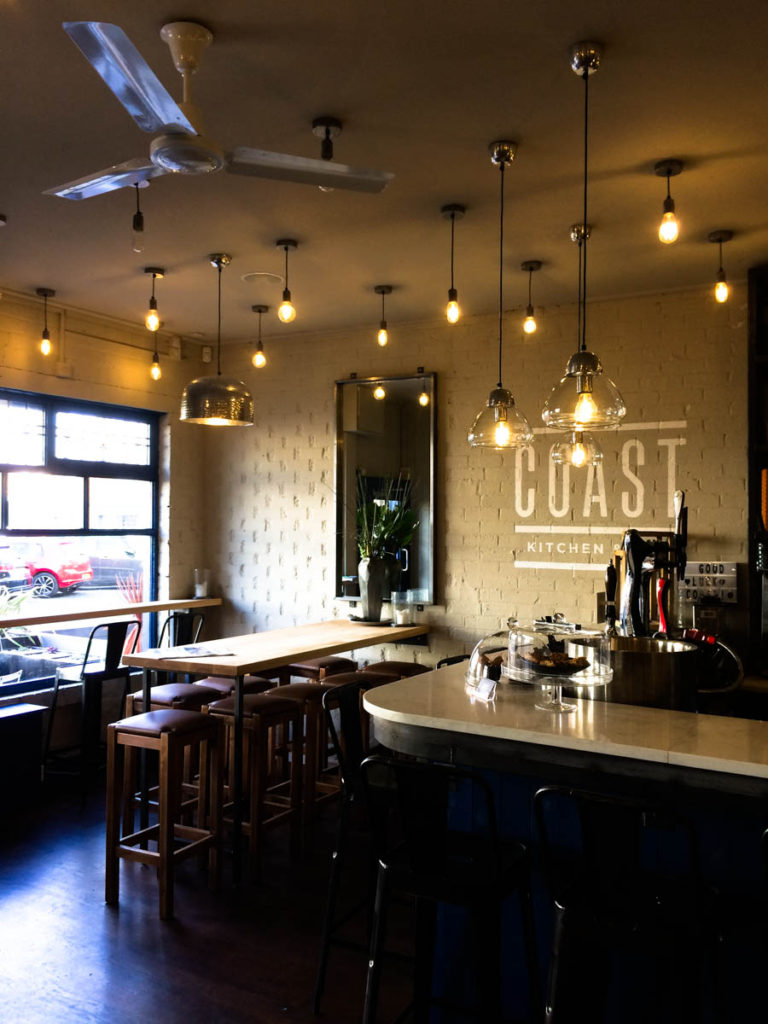 As you’d expect the vibe is laid back and cool. The restaurant was fairly empty when we arrived at midday, but soon filled up with the ladies wot lunch of Tynemouth and assorted children on their half-term break from school. There’s more seating than before and you can now book tables which I think will be essential in the evenings as Front Street gets absolutely mobbed at night and weekends.

Owners John and Rachel have kept the staff from Lui’s and our waitress certainly seemed very happy with the new set-up. The team were warm and attentive, answered all of our questions and delivered our meals promptly. For such a freshly opened business we were really impressed. We’ll have to see how it compares on a weekend when no doubt it’ll be packed! 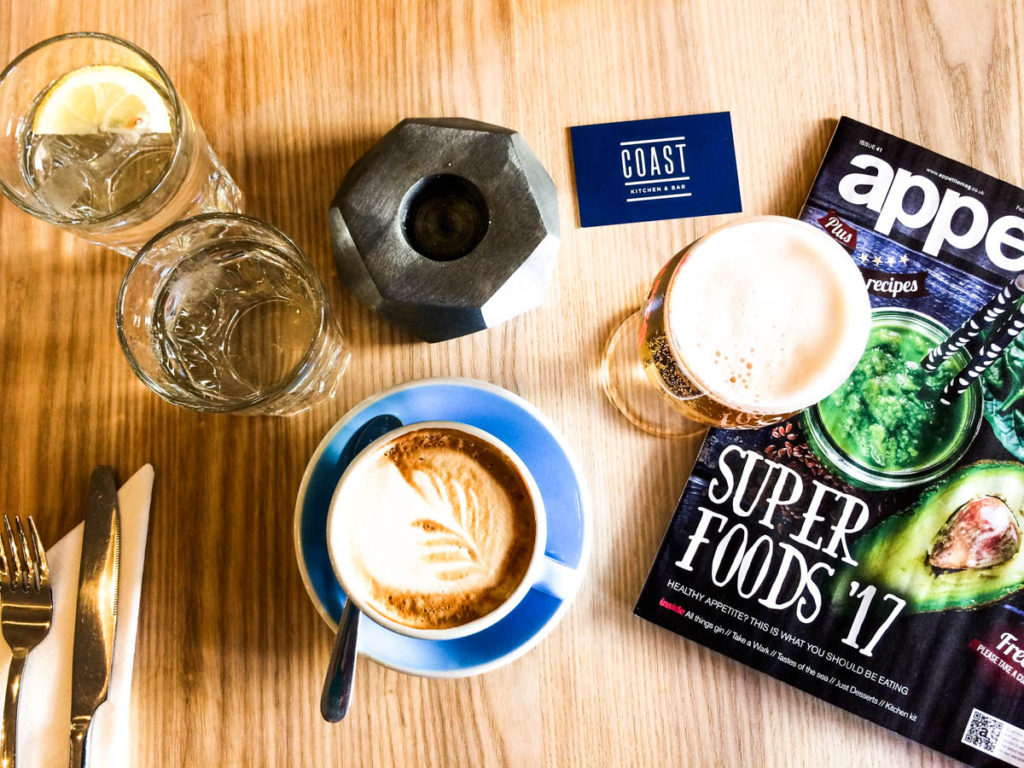 Matthew had a cheeky little beer, while I enjoyed a perfectly crafted flat white while we perused the menu. In the end as I’m a sucker for tasty things on toast, I opted for the toasted sourdough with smashed avocado, pickled chilli, poached egg and sour cream on top (£4.50). It was a delicious light lunch, nicely presented and the egg was perfectly cooked. Matthew chose the Roasted Beets, Goats Curd and Spelt (£7) which was the kind of stunning bowl of food you’d expect to see in a fine-dining restaurant. We lowered the tone by ordering a portion of fries (£3) to share on the side of our healthy dishes! However even the fries had a little foodie flourish with a sprinkling of grated parmesan and herbs.

We’ll definitely be back to try out the rest of the menu – here are some of the items that are on my list for next time:

I love how creative some of these dishes sound, it’s really refreshing to have somewhere willing to take a bit of a risk with their menu rather than knocking out the same safe and predictable ‘classics’.

We didn’t have the two boys in tow, but we asked to look at the Children’s Menu and although short, it sounds pretty good:

It’s £5 for one course, or £6 if they have either vanilla ice cream or a Banana Split for dessert.

Coast Kitchen and Bar is a haven for local foodies who care about what they eat – it’s exactly the kind of neighbourhood restaurant I like spending time in with friends and family whether it’s a cosy brunch, casual lunch or girls night out. The menu’s exciting and creative without blowing the budget and the on-trend effortlessly cool interior certainly fits with the well-heeled Tynemouth crowd.

Disclosure: We paid for our own meal and popped in to the restaurant on a whim. My review is my honest opinion of the establishment and I was not paid to write this blog post. 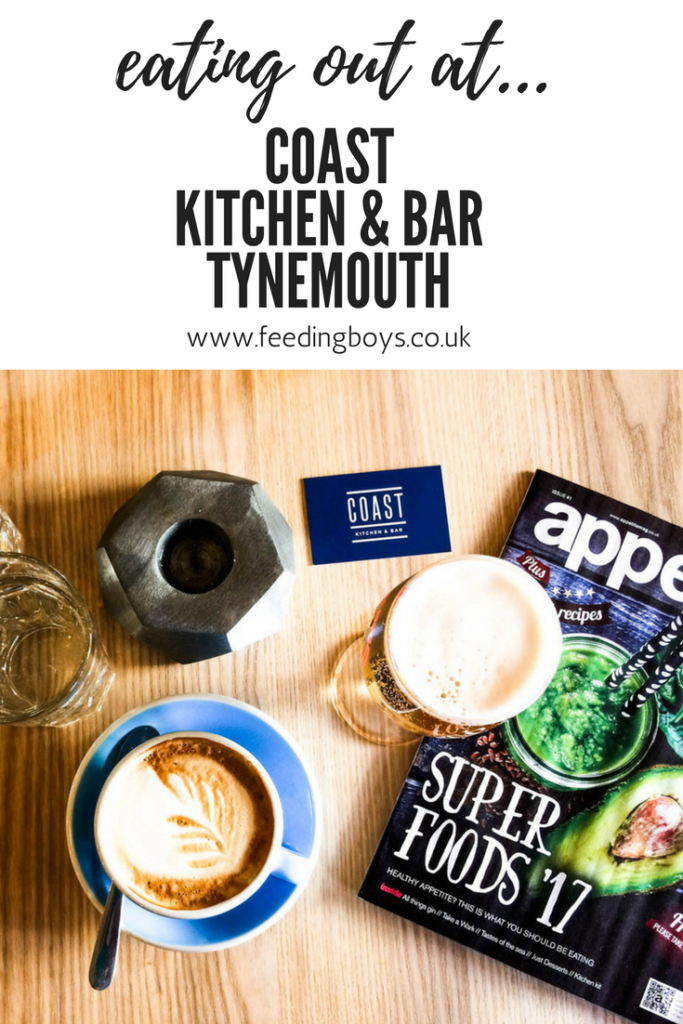 « Living like a local in Amsterdam
Simple and in Season: January/February’s Round-Up and March’s Shout-Out »