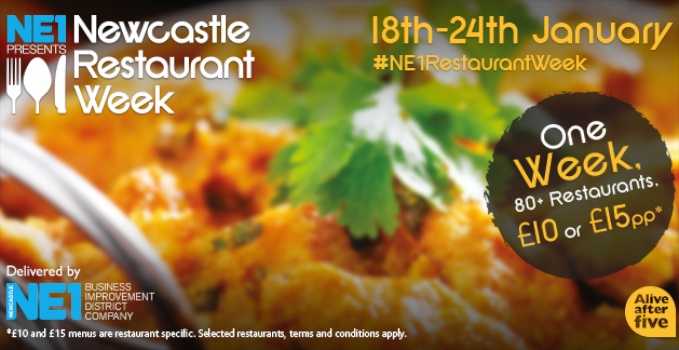 NE1 Newcastle Restaurant Week is in full swing  (18-24th January 2016) and a throng of the Toon’s fine dining establishments are offering divine dinners for just £10 or £15 per head. As finances are tight and opportunities for fun rather limited this month, I got the husband and I a table booked as soon as I caught a whiff of this opportunity.

We opted for dinner at Dabbawal, a funky Indian Street Food restaurant based in High Bridge behind the Theatre Royal, slap bang in the centre of Newcastle. They’ve also got a second branch in Jesmond, a National Curry Award under their belt as well as a glowing write-up from The Sunday Times – these guys are clearly hot stuff!

We’re more than a little partial to Indian food, and with both of us being vegetarian at the moment it’s always a safe bet for a tasty experience without having to endure another goats cheese tart. 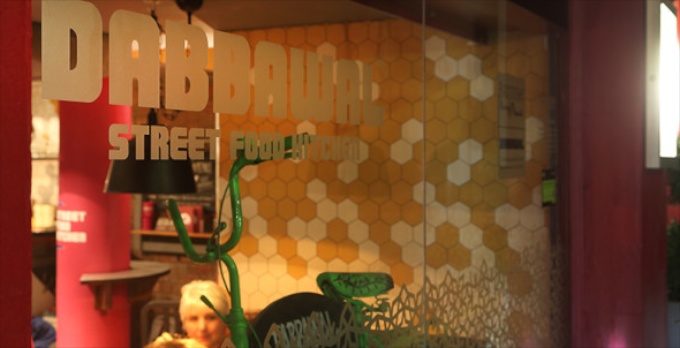 Newcastle Restaurant Week fever had clearly set in as the traffic was gridlocked at 7pm and we ended up in a mysterious car park we didn’t even know existed. The wind was full of the kind of damp cold that gets straight into your bones, so after breaking out into a mini-jog to get to the eaterie on time, we were greeted by friendly staff and rapidly defrosted in the warm and cosy ambience. Tealights in lanterns and pretty tiffin boxes filled every ledge and windowsill, and it was a full house with punters packed in hungrily eyeing up each other’s food in anticipation of their own arriving.

Appetisers.
Bhel Puri (V) to share. Puffed rice tossed in onion and pomegranate in a tangy tamarind and mint sauces. 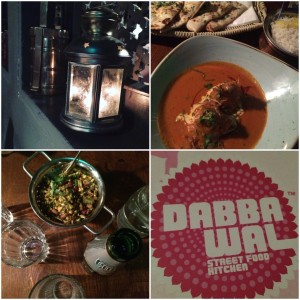 We were swiftly served with two (alcohol-free *sticking to those resolutions with gritted teeth*) lagers and a bowlful of Bhel Puri – the appetiser which was like a fresh and pimped up version of Bombay Mix. Oh my. Spicy and crunchy with the occasional fruity pop from the pomegranate seeds. Uh-mazing.

Before we’d even cleared the bowl our starters arrived. We shared a dish of Sweet Potato Chaat – beautifully glossy cubes of sweet potato that had been glazed with chutney and drizzled with yoghurt. The perfect way to cool off a bit after the fiery appetiser. The spiced mash potato balls were good too, but uh oh, I was starting to get quite full!

The main course arrived all too soon, so despite the Kofta Curry and Mozzarella and Coriander naan being a gloriously tasty dish, I only managed to get half way through it. Oh to have had a little more time in between to let it all go down. The koftas were soft and gently spiced in a dreamy creamy tomato sauce and that naan… it’s tantalising stuff that definitely deserves a revisit.

Speedy service is great if you’re in a hurry, but when you’ve got the in-laws babysitting and the opportunity to take a bit of time it was a bit of a shame that we were done and dusted in just under an hour! Perfect if you’re on your lunch break from work, but not for an evening meal that you want to savour.

But despite my little moan-up you really can’t fault the team at Dabbawal for imaginative and delicious food, cosy ambience and attentive service. We’ll definitely be going again, probably when we’re back on the booze which usually makes a meal last longer than when you’re stone cold sober!

You’ve just got time to get stuck into NE1 Newcastle Restaurant Week so book yourself one of the last few tables at one of the brilliant restaurants taking part.