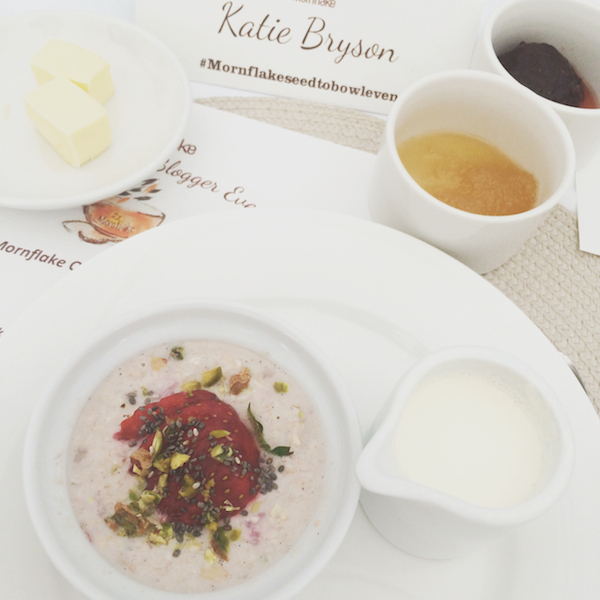 A bowl of porridge has gone from being a fairly old-fashioned and humble breakfast to becoming a big part of the clean eating movement. These days porridge oats are served up by the foodie brigade as Granola, Bircher Muesli or Overnight Oats in on-trend glass jars and instagrammed and Pinned to the max!

They look pretty, taste great and are amazingly good for you, so it’s a trend i’m more than happy to join in with. So when I was invited by Mornflake to see how they take oats from seed to bowl at their HQ in Cheshire, I was definitely up for it. 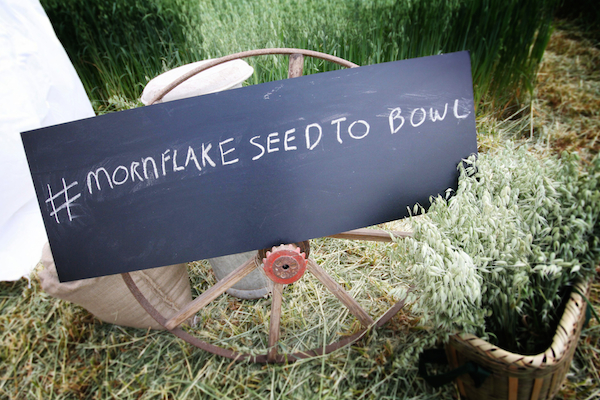 The Mornflake story is a compelling one…

The Lea family have been milling oats in the South Cheshire countryside since 1675, making them the longest established miller of oats and cereal in the UK. 15 generations later, Mornflake are still independently owned and managed by the direct descendants of the original miller, William Lea.

The great news for our farmers is that most of their grain is ‘contract grown’ on specially selected farms throughout the United Kingdom. By placing these contracts not only are they giving farmers stability but also conserving this important crop as an essential part of the agricultural economy. 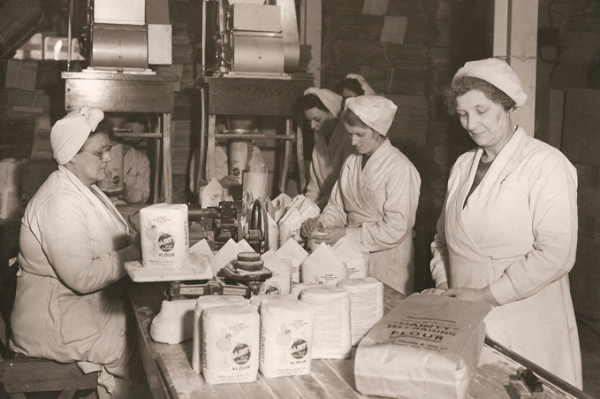 Packaging up the oats in the 1940s at the Mornflake Mill

At the start of the Second World War Britain was largely reliant on the supply of foodstuffs from beyond its shores. The outbreak of war meant that this had to be rethought and the Ministry of Food turned its attention to home grown supplies. Philip Lea, father of current Managing Director John Lea, was already in the RAF when he was ordered home to ‘feed the nation’.

The Ministry of Food wanted him to mill oats due to the sustainable nature of this resilient crop and because oats were believed to be the healthiest of all cereals. The family mills were too small to cope with the task that Philip Lea had been set and so the company moved to a derelict flour mill in Crewe.

The country’s need became so great that a new mill and factory were built, making it one of the very few non-munitions developments to take place during the war. Rationing meant home grown oats became a staple part of British diet, and as new products and technologies have become available, the Mornflake product range has developed into what it is today. 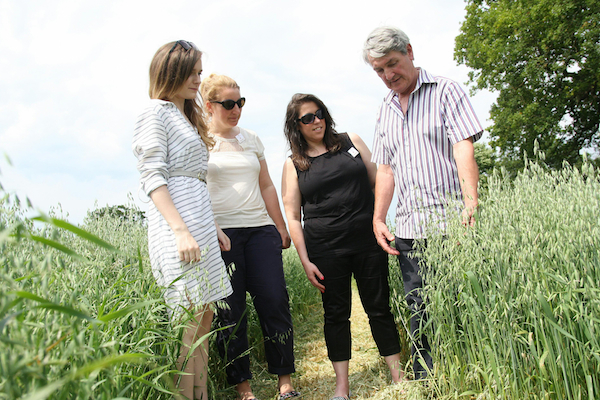 We met one of Mornflake’s contract farmers down the road from the Mill just outside Stapely. Hartley and his wife Liz  have been producing oat crops for Mornflake for over 10 years. Having grown up over the border in Shropshire with a dad who had a lot of dealings with farmers selling them machinery, it was great to see a family who can still thrive in the farming business.

We rocked up in the middle of a field of oats where the team had pitched a mini marquee to host our delicious oat inspired breakfast. 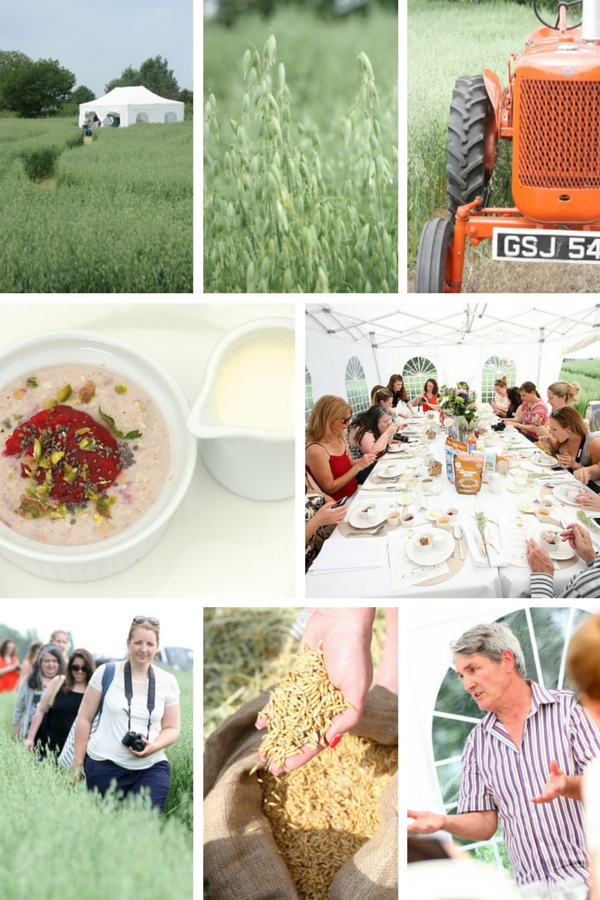 We sampled a totally divine little chilled pot of Bircher Muesli with Cheshire Strawberries and Fresh Cream, the perfect thing on what was the hottest day of the year so far. We also go to snack on Oatbran Nuts & Seeds Granola, Oaty Soda Bread spread thick with butter and jam and finally some deliciously chewy flapjacks. What a spread!

While we ate, the farmer explained how he plants the oats in the autumn and they slowly germinate over the coming months. As they grow taller the challenge is heavy rain that might flatten the crop before it’s ready to harvest. It sounds tense given the British climate! The key is to have a less than 15% moisture in the oats to meet Mornflake’s standards. If it’s more than that the farmer has to pay to dry them out. 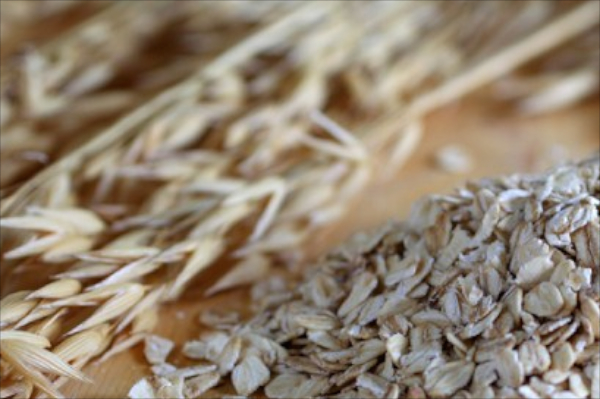 Once harvested they’re transported to the mill in Crewe where they begin their journey around the factory, which is where we headed next. We donned blue hairnets, white coats and steel-capped boots to watch them being cleaned and processed to become porridge oats, granola or breakfast cereal! Shaken, washed, shooting up and down pipes, we pursued them up and down endless flights of stairs until it was time to be packaged up. What a marathon!

The warm air was filled with the sweet honeyed scent of granola baking as we were led around the building.
There’s something so intensely captivating about food factories, watching the robotic machines deftly packaging everything over and over. Sadly we weren’t allowed to take pictures or video clips so you’ll have to take my word for it! 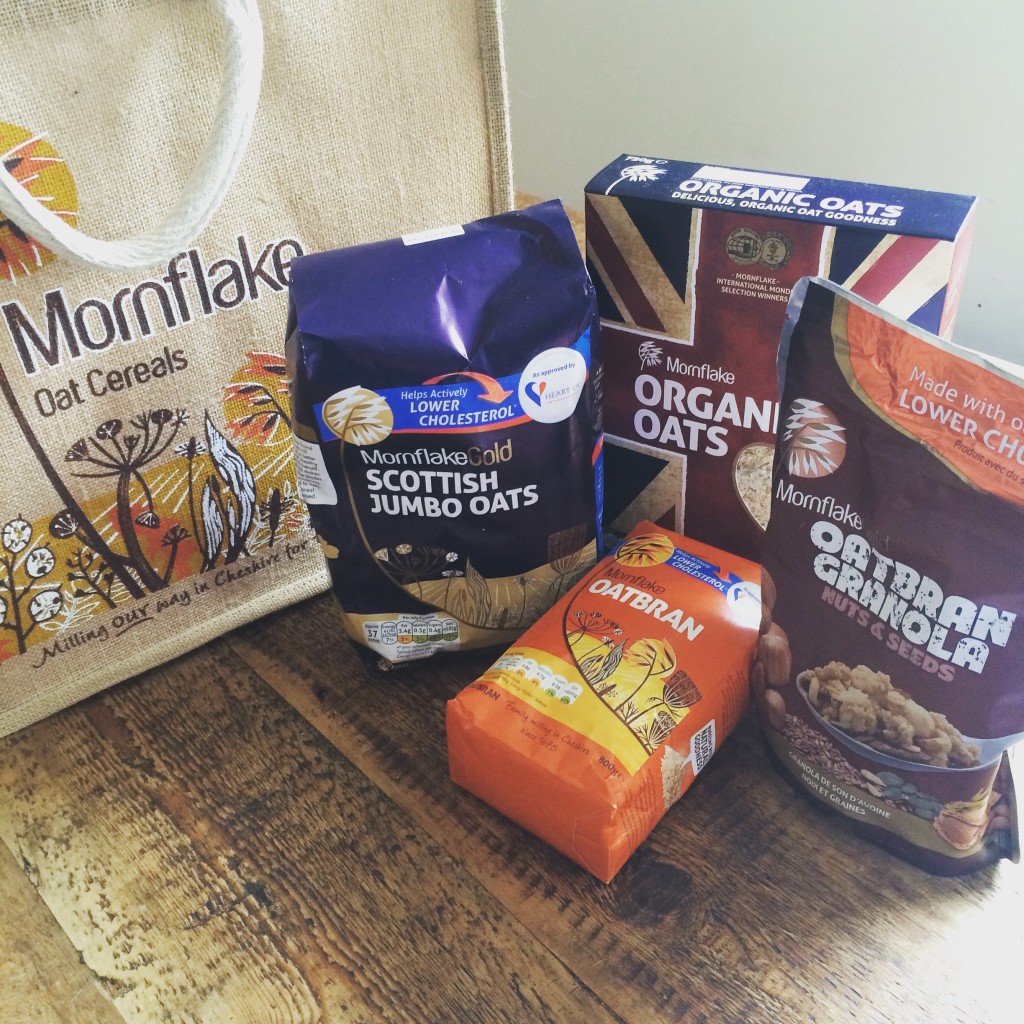 We were sent home with generous goody bags of Mornflake products, so watch this space for some oaty recipes coming soon here on Feeding Boys. I really want to try making Bircher Muesli for the boys, as it’s such a refreshing summer breakfast.

A huge thanks to Mornflake for putting on a fantastic day out for us, it was a genuinely fascinating and enjoyable trip. Check out their website for more info, recipes and facts!