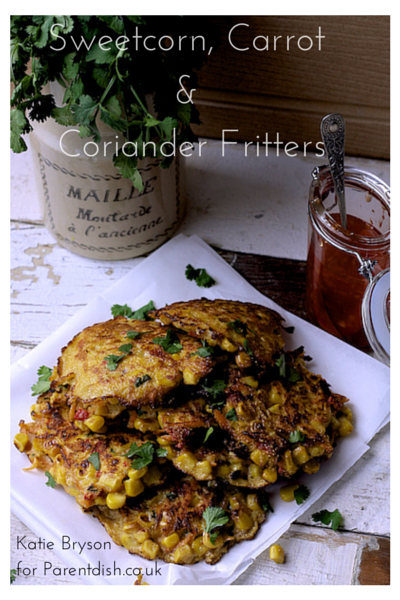 You can make the fritters extra small and serve as little starters with a sweet chilli dip, go large and stuff them in a bun like a veggie burger, or even have them solo with salad. It’s totally up to you, but whatever you do with them they’re delicious.

I’m not going to lie, it took me quite a few attempts to get these how I wanted them. We got through a fair few tins of sweetcorn during the recipe development process… in fact we had to have a week off having sweetcorn fritters at my husband’s request. Honestly, the trauma I put my family through being a food writer. Poor devils 😉

The first version was too stodgy and pancakey – sat in our stomachs like lead. The second attempt was mashed potato and cheese based, but these just pooled into sludge in the bottom of the pan. Take three and I went back to using a batter, but kept it very light using polenta instead of flour and not as much egg.

The result was a far crispier patty bustling with vegetables and a resounding sweetness from the corn. You can add spice to them if your family tolerates that kind of thing, but that would be game over for my boys. So as a compromise I used lime zest and coriander to avoid a trip to blandville, and put sweet chilli dip on the side to get my fix of heat.

These fritters are part of a feature i’ve written for Parentdish about meal planning called 7 Days, 7 Suppers to give busy family cooks some inspiration for the week ahead. Get yourself over there for all seven meal ideas and get yourself sorted for half term. 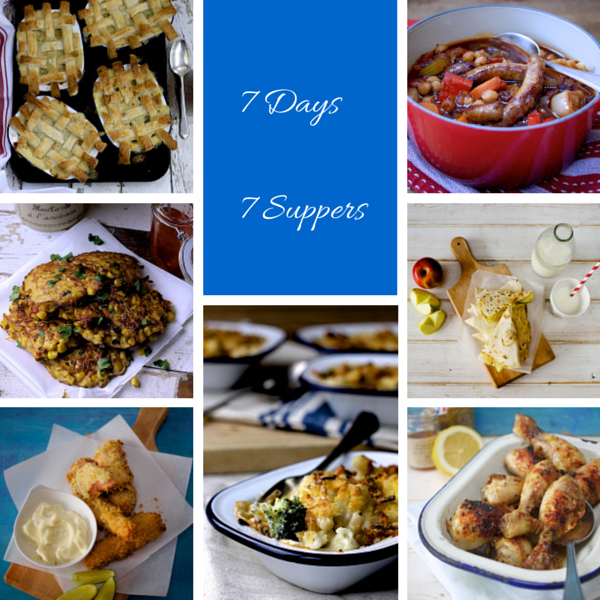