Flippin’ eck, it’s April already, so I guess it’s time to fill you in on the highlights of the samples that have been sent my way in the last month or so. 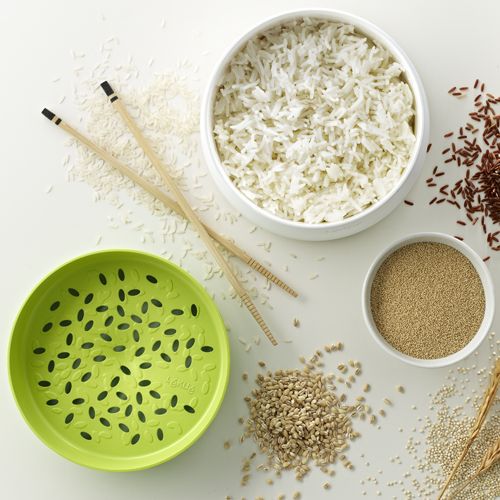 Top of the list for me is this genius silicon rice cooker that allows you to cook rice absolutely perfectly in the microwave. It doesn’t bubble over, you’re not hanging around waiting for things to boil, or hovering in case it catches on the bottom of the pan. Nope. All you do is weigh your rice, pour in the measured amount of water and bang it in the microwave for 12 minutes.

The reason this gets such a huge thumbs up from me is that i’ve always had a fear of cooking rice. It always seems to come out watery and disgusting. I’d even resorted to using those express pouches… *ahem*

Anyway I can’t recommend this product highly enough. It looks attractive enough to bring to the table, it’s easy to clean (i.e. sling in the dishwasher) and you can also cook other grains in it like cous cous, oats and barley. Rice is officially back on the menu!

Available from the Lukue website for £22.88 or £24.99 on Amazon
They also do some other fab silicon kitchen equipment like mini brownie moulds which you can see in action over on Sian’s blog Fishfingers For Tea 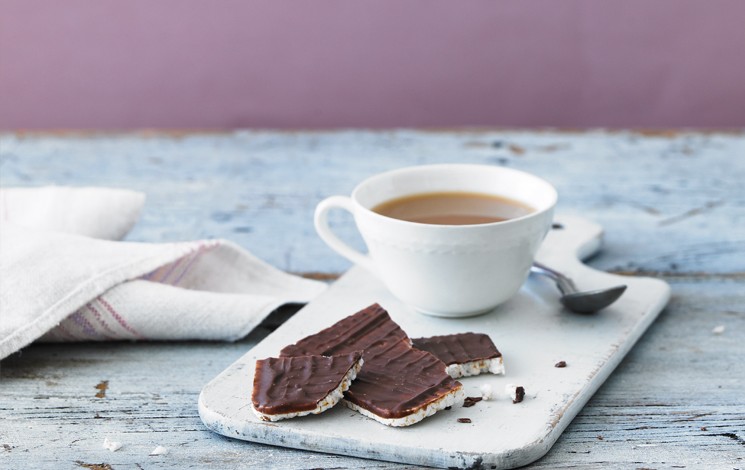 I got sent a goody bag packed with treats from Kallo – I’m not a huge fan of diet food, but these rice cakes are actually pretty tasty and make a nice light alternative to bread at lunchtime. You can get as creative as you like with the toppings – lashings of cream cheese with lime and chilli marinated prawns anyone? Get more tasty topping ideas on the Kallo website.

But the packet that I loved the most, was of course the Belgian chocolate coated rice cakes – I think I might have inhaled the entire packet without even noticing i’d done it! Delish. 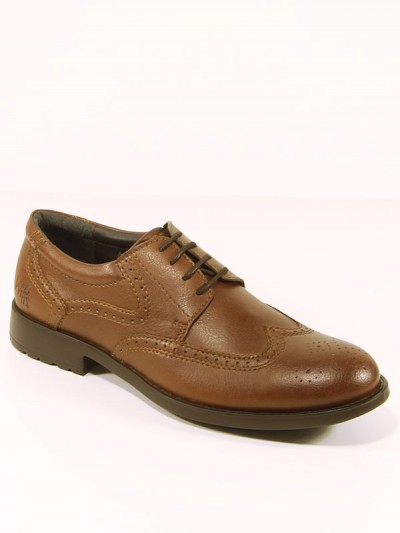 Over to my veggie husband for this one…

“I’d been trying to get hold of a decent pair of vegan shoes for ages. I took a trip to a few shops around London and returned empty handed, as I have large feet that are challenging to accommodate. Not wanting to wear leather shoes for the last few years has meant turning out to all sorts of functions in (fairly respectable) trainers. This remained the case until I got hold of a pair from Will’s Vegan Shoes.

They arrived without any fuss and have been just the thing. It was a mail order job and if i’d wanted to change them for a different size or style it would not have cost a penny extra. I’m a massive fan of any company that wants to take the strain off animals and Will’s Vegan Shoes manages to do this with style. For what they are I don’t think the price is unreasonable, which is a big statement from me, being a northerner. Vegan shoes are the way forward. Cheers n that!”

Thanks Matthew! I have to say it’s a relief to have him back in stylish footwear again…

Oxford Wingtip Brogues  in Chestnut from Will’s Vegan Shoes £65
Offer! All my readers can get free UK and European shipping on their orders if they enter this offer code FEEDINGBOYSFREE 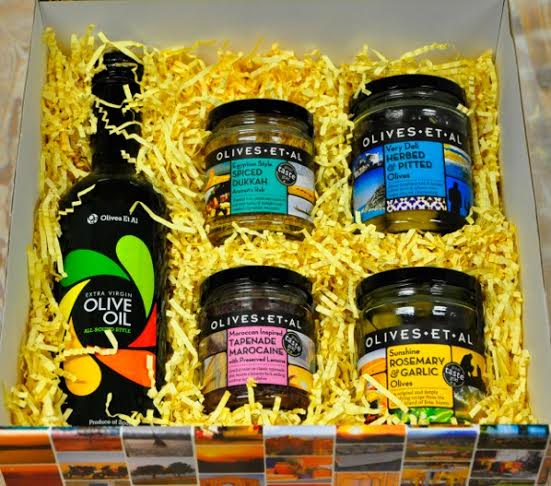 The Dorset based company who specialise in food from the Mediterranean, Middle East and North Africa, kindly sent me some of their products to try. They’ve notched up over 50 Great Taste Awards so I kind of suspected it was going to be a good experience. That was if I could find them after Arlo promptly declared the box as being a present for him. He wrote his name on all the jars in thick black marker pen! The boys get a bit fed up of the amount of ‘presents’ I get send through the post that aren’t for them. Anyway I managed to get them back and hide them in the kitchen cupboards while Arlo was at school!

So back to the products, I love bold flavours so I’ve been really appreciating dipping into the Rosemary & Garlic Olives for livening up salads and slicing to put on top of pizzas. I’ve kept the oil they’re sitting in for flavouring pizza dough and drizzling on salads.

The Egyptian Style Spiced Dukkah is an aromatic rub for meat but can also be used to sprinkle on vegetables before roasting. I gave some cubes of butternut squash tossed in oil a liberal dusting of Dukkah then roasted them in the oven. Matthew and I had them in toasted wholemeal pittas with hummus and cucumber for lunch – lush.

I’m dying to try out the Tapenade in Laura’s flatbread recipe, I also like the idea of spreading it on little crostinis for a drinks party – it’s got preserved lemon in it which sounds divine!

Disclosure: Thanks to all the companies who have sent out samples for us to try this month, these views are our own and we have not been paid to write this blog post.