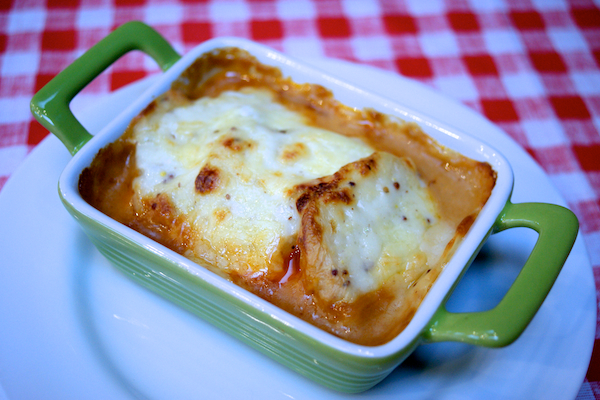 Quorn is something of a hero product in the Feeding Boys kitchen, especially since the firefighter turned vegetarian nearly two years ago. So I was genuinely delighted when the brand got in touch with me to see if I would develop a recipe using their mince.

Comfort food is top of the agenda right now, lurching from snow to grey skies and rain, I think we could all do with a bit of collective cheering up. And what better than a warming pot pie of tasty bolognese style mince topped with sliced potatoes in a cheese and grain mustard sauce?!

It’s kind of a mish mash between lasagne, shepherds pie and a hot pot. Call it what you will, but we think it’s delicious!

Serve it up with lightly steamed green beans and watch everyone get a little bit of colour in their cheeks and their shoulders relax…. 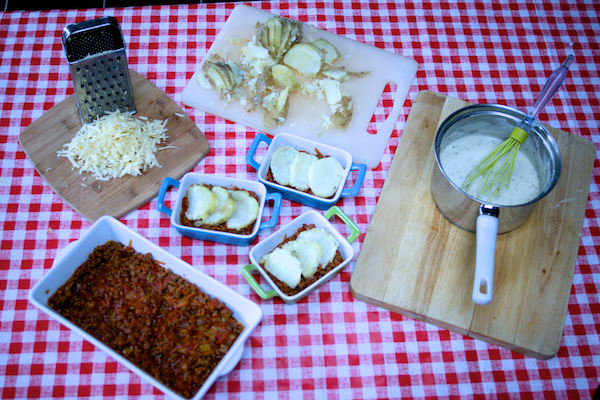 For the white sauce
50g butter
50g flour
1 tsp grain mustard
500 ml milk
100g grated cheese (half for the sauce, half to scatter on top)

1. Cut each potato in half, no need to peel, then pop into a pan of boiling water and cook for around 15 minutes. Drain, put on a chopping board and allow to cool enough to handle.

2. Meanwhile in a large pan heat the olive oil then add the leeks and carrot and cook for about 5 minutes until soft. Add the herbs, stock cube, tin of tomatoes – swill out with some water, and a pinch of sugar. Stir well to combine, turn up the heat and allow to bubble for 15 minutes until the sauce reduces and thickens.

3. Add the mince, stir through and remove from the heat. Slice the cooked potatoes (pound coin width is fine).

4. Make the cheese sauce by melting the butter in a pan, add the flour and stir to create a thick paste. Add the mustard and cook for around a minute. Add the milk stirring well until combined, then use a whisk to stir the sauce over a medium heat until it has thickened and started to bubble. Remove from the heat and stir in half of the grated cheese.

5. Now to assemble your pot pies. Spoon some of the mince into the bottom of each dish, then add a layer of potatoes, and finally spoon a layer of the cheese sauce over the top. Scatter with a little grated cheese.

6. Heat the oven to 200C/180C fan/gas 6. Put the pies on a baking sheet and bake in the oven for 20-25 minutes until golden and bubbling. Allow to cool a little before serving to children so they don’t burn themselves.

Tip: You can either make individual pot pies for everyone, or I made little ones for the kids and one big one for the grown ups. Make a batch and then freeze so you’ve got some in reserve for a busy weeknight. Simply cover with cling film once you’ve assembled the pies, allow to cool then pop in the freezer. 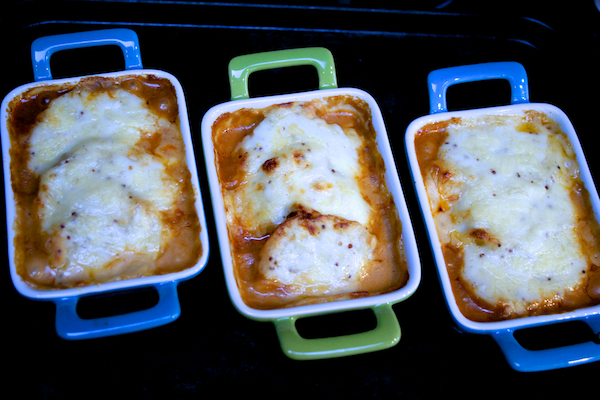 If you want more recipe ideas for using Quorn hop on over to www.quorn.co.uk/recipes for some inspiration