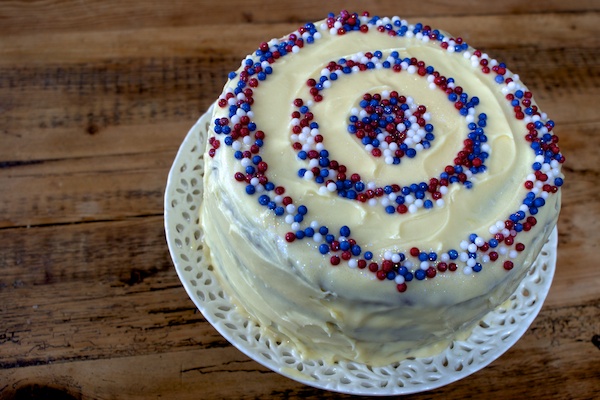 It was the school summer fair at the weekend and my good friend Tara organised a fun bake-off event for parents and kids alike. I rose to the challenge and decided to push the boat out with this whopping red velvet cake.

I was going to stay traditional and do a victoria sponge, but after a bit of a rough week I found comfort in a new recipe that demanded my absolute attention, meaning I could totally lose myself in it. The kitchen is definitely my little cave that I like to retreat into when clouds are forming overhead.

I instantly regretted choosing cream cheese frosting as the weather surprised us on Saturday and was sunny – luckily the cake didn’t slide off its plate as I slipped a couple of ice packs into the cake carrier and hid it under the table until it was time for the judging. 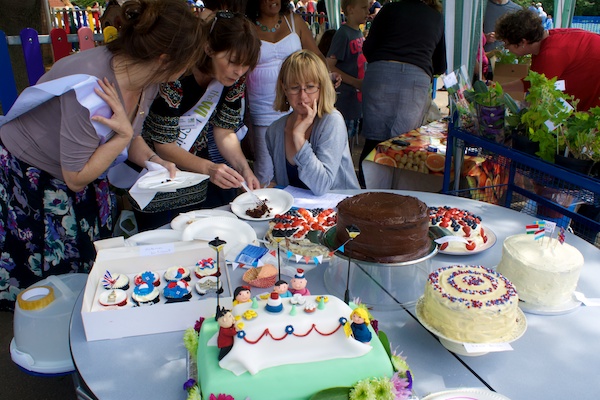 The judges at the school bake-off

We were all quaking in our boots as it was being judged by two ladies from the West Ealing Women’s Institute, along with the very clever Lucy from Vanilla Frost Cakes.

It must have been tough to choose – there were such an eclectic mix of bakes on offer – the most perfect looking cupcakes, an immaculately iced rendition of a street party, a whopping chocolate cake as well as some fruit topped union jack cakes. But there could only be one winner… 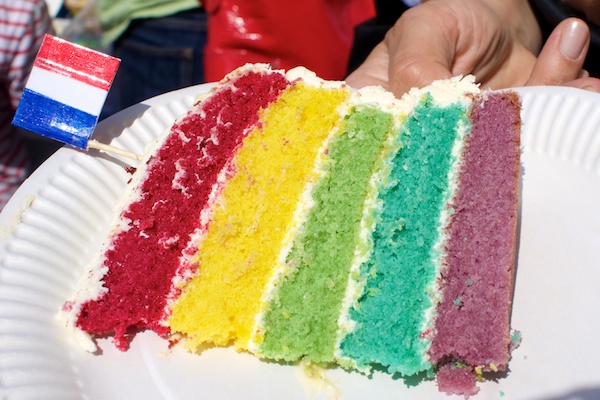 And this was it – a perfect looking rainbow sponge which impressed the judges with both looks and flavour. 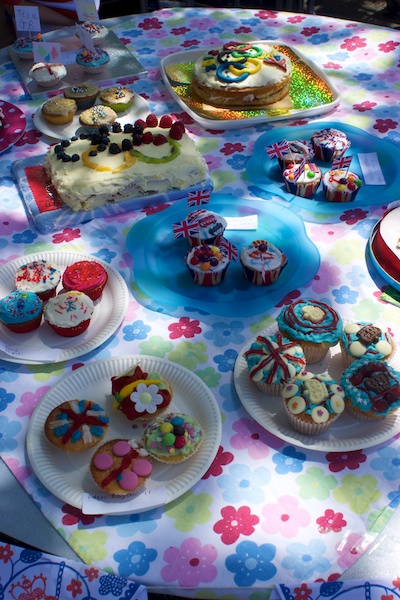 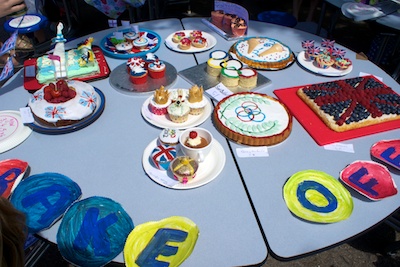 Well done to Tara for organising such a brilliant event – it really felt like a village show and hopefully it’ll be back at next year’s Summer Fair. I’ll have to up my game to try and do more to impress those tough judges! 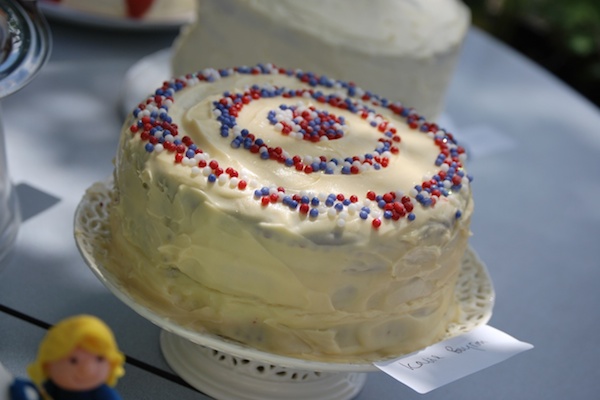 For my cake I used a recipe adapted from BBC Good Food which you can find here>>> but I only made three layers and used the remaining batter to make a dozen cupcakes to take to a friend’s house the following week. 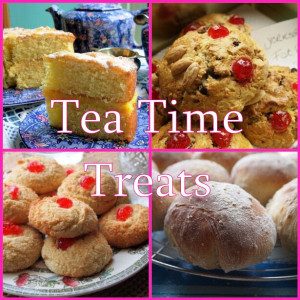 I’m entering my cake into the Tea Time Treats event with Lavender and Lovage and What Kate Baked – July’s theme is Cake Stall Cakes and Bakes!