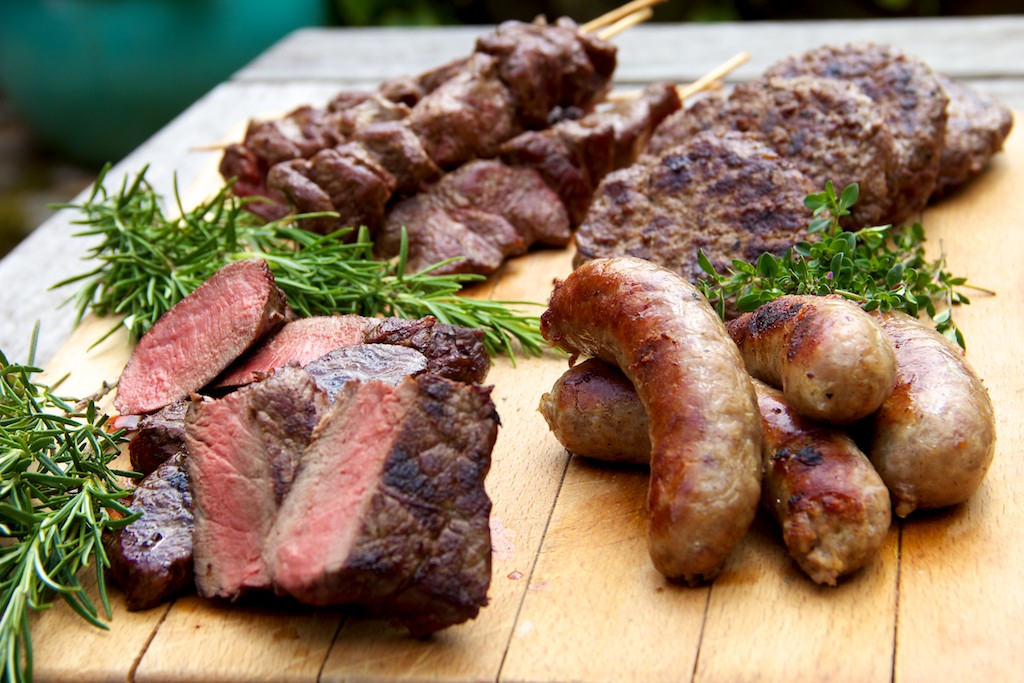 The Grill and Chill Pack from Pipers Farm

Mmmmmmmmeat!!!!! A rare sight in the Feeding Boys kitchen these days sadly. But just because we’re not barbecuing the days away, doesn’t mean you have to refrain…

The weather is so unpredictable – bucketing it down one minute, scorching hot the next. The BBQ is poised for action but is your freezer?!

Well the lovely folks at Pipers Farm have offered Feeding Boys readers the chance to stock up on meat with one of their Grill and Chill packs worth £34. There are two packs up for grabs, each containing 32 barbecue favourites including:

You can read a review I wrote last year of their fantastic meat and website – it really is worth a gander if you’re partial to some online shopping to stock up your freezer.

1. For a chance to win please comment on this post telling me about your best ever barbecue experience

2. For a second chance to win please tweet this post Win 32 piece pack of BBQ meat from Pipers Farm worth £34.99 with @cookingkthttp://wp.me/pU5T8-Pk and comment HERE telling me you have done so along with your twitter username

This giveaway is open to all readers with a UK mailing address.  The winners will be chosen using an online randomiser and announced in a subsequent post.   When commenting please leave your e-mail address so I can contact you if you win.

I am running this competition on behalf of Pipers Farm who will be responsible for sending the prizes to the winners. Their decision is final and no correspondence will be entered into.

There is one main way to enter and several ways to get bonus entries.  You must leave a separate comment for each bonus entry otherwise they will not be counted.

Thanks to Pipers Farm for providing these fantastic prizes.