Running out of home-made jam is the perfect excuse to think of a new flavour to bubble up in my cauldron. And as a celebration of summer soft fruits I plumped for a mega mix of strawberries, raspberries and cherries. 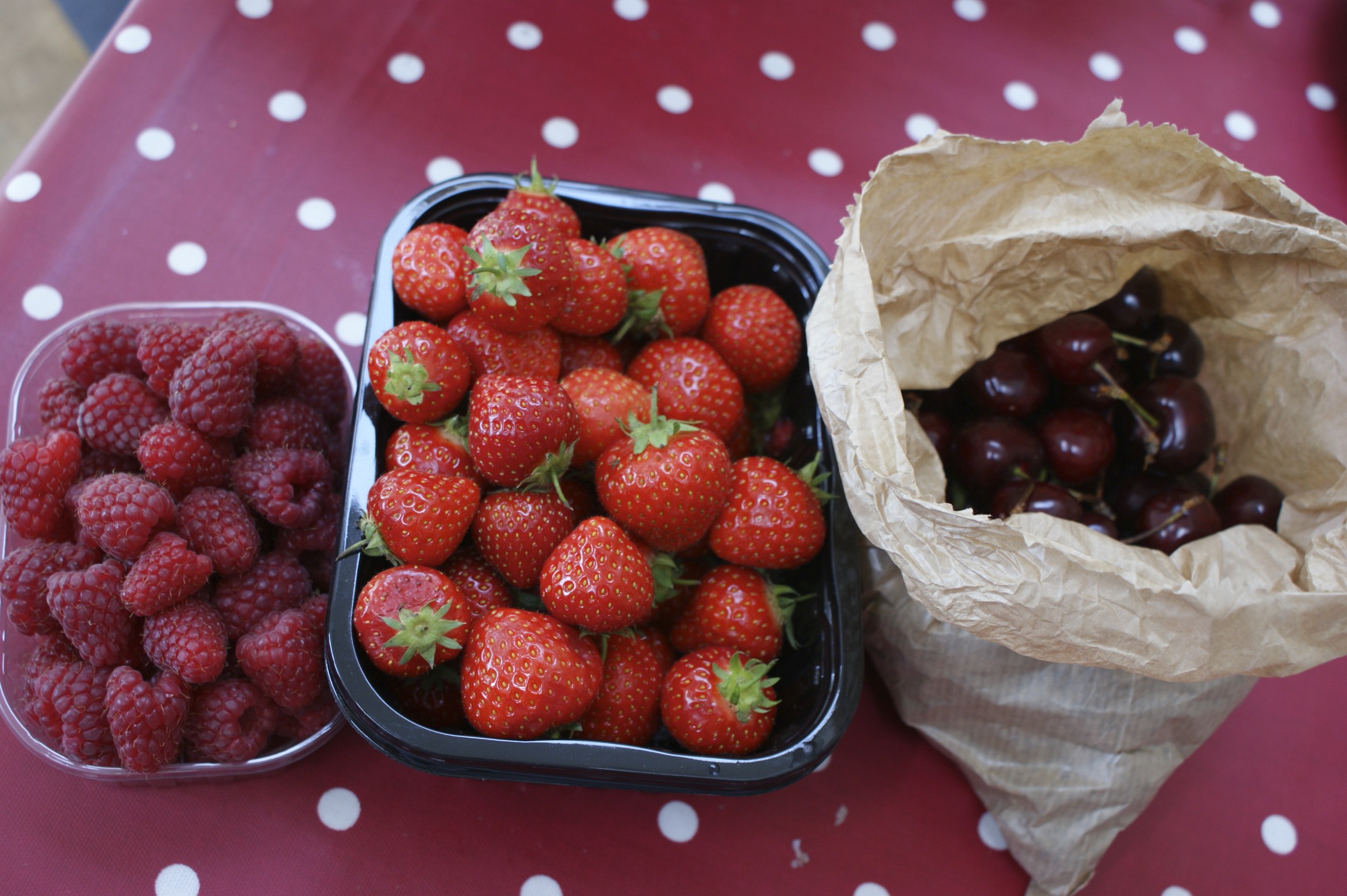 I’ve not made the same type of jam twice since I started my journey into preserves just under a year ago. The possibilities are infinite, and while i’ve enjoyed each and every flavour, it seems I won’t rest until I’ve tried them all. Perhaps i’m on a quest for jam nirvana, or maybe I’m just a bit of a jam guzzler who’s habit must be fed?!

The flavours of cherries and berries jam are super sweet, the texture is pretty runny with lush lumps of cherry pieces still in tact. Its tutti fruity appearance in the jar is really gorgeous – a deep red colour with raspberry seeds floating around the suspended cherry halves. 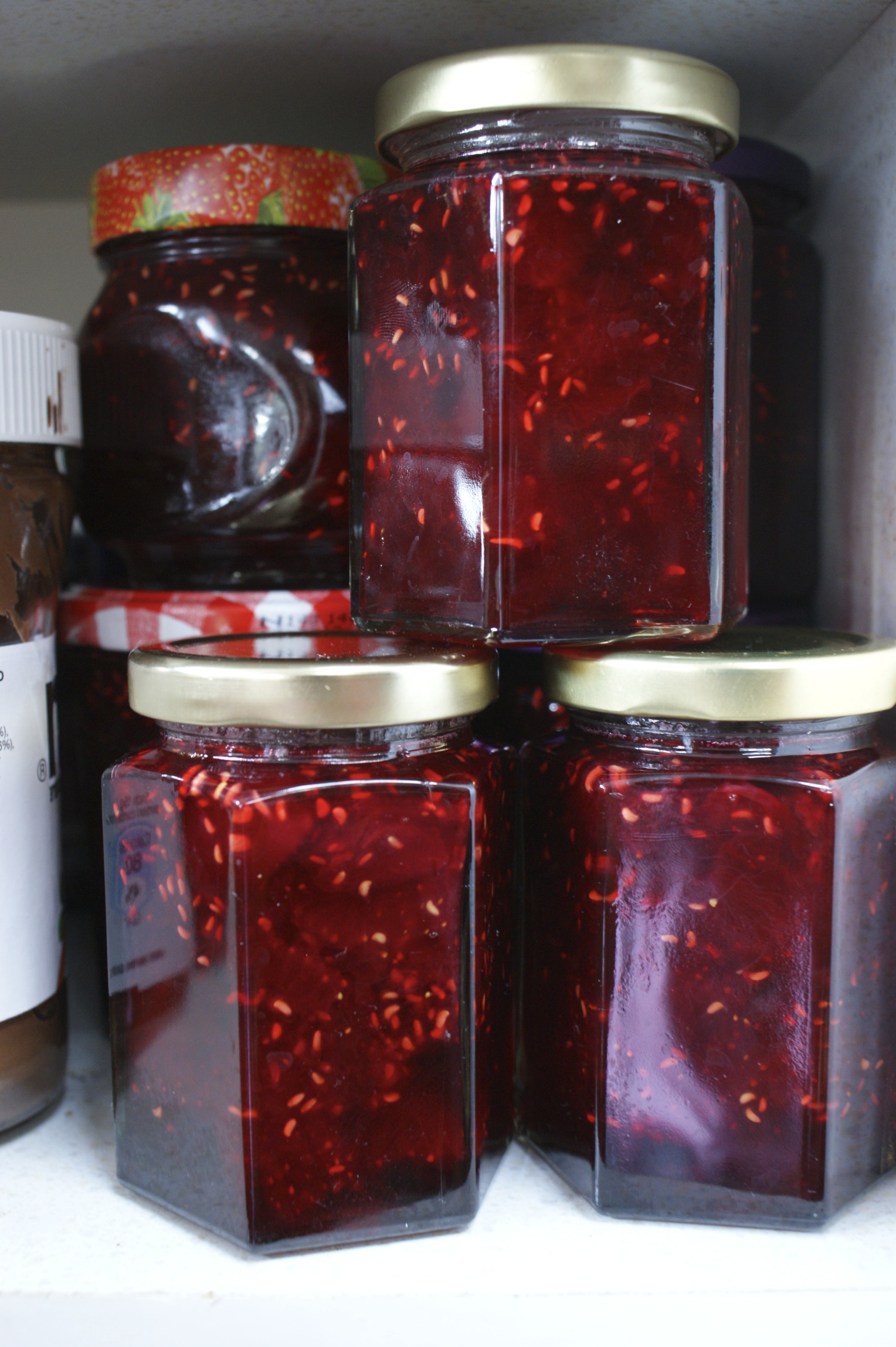 One of my favourite things about making jam are the frothy bubbles that form when you’re boiling it up in the pan. These are referred to in the world of preserves as ‘scum’ to be scraped off the surface and put to one side as it doesn’t make for very pretty jam. 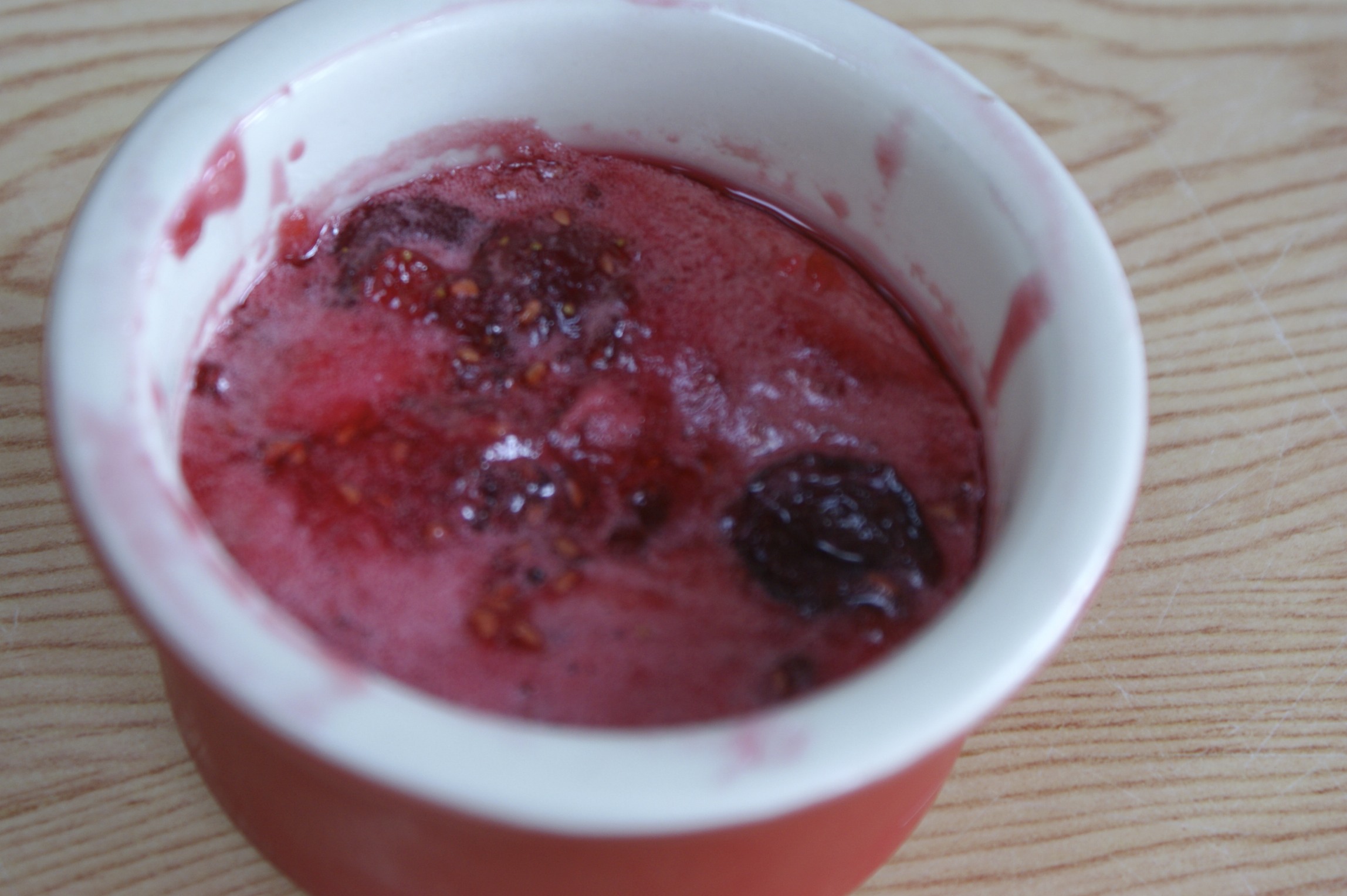 It doesn't seem right calling it jam scum... it's so delicious!

It does however make a gorgeous foamy spread for toast of a morning, and is a great introduction to the purer jam to follow… 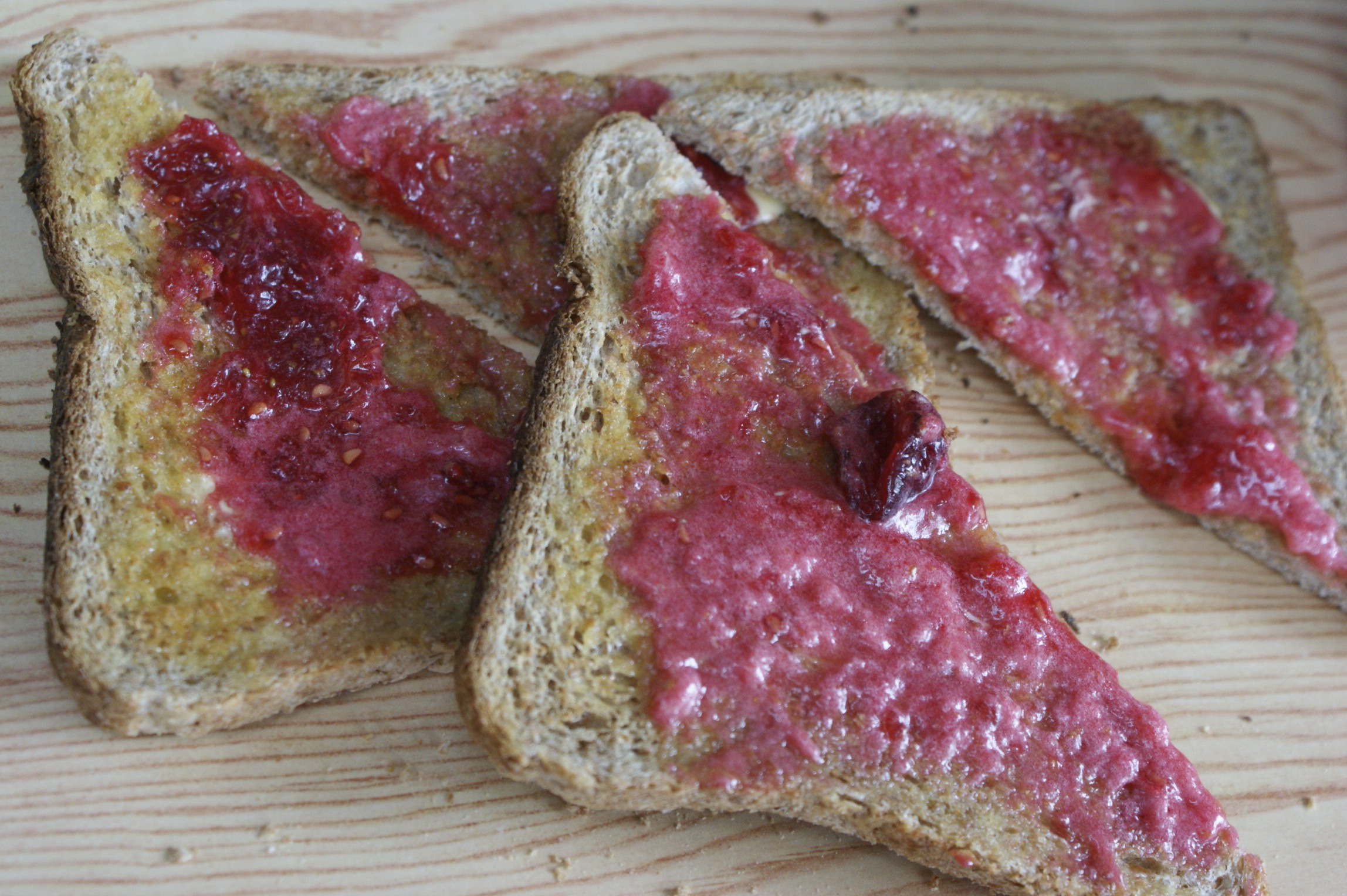 So enough of talk of scum and here’s the recipe. If you’re new to jam making then please refer to my Masterclass for beginners for a more detailed rundown of equipment, techniques, hints and tips.

1.25kg Mixture of cherries, strawberries and raspberries
1.25kg Granulated sugar (jam sugar if you’re feeling flash, but I didn’t bother)
2 lemons – the juice of (grate the zest and whack in the freezer for another day)

Get all your equipment out and ready – making jam can be intense so it’s best to have everything within reach and poised for action.

Stick a couple of saucers in the freezer. Wash your jars in warm soapy water, rinse and stick in a warm oven to dry. You could alternatively run them through the dishwasher for the same sterilising effect.

Gently rinse your fruit – don’t drench it though! Take the stalks off the cherries, cut in half and then remove the stones. Hull the strawberries and chop into four. The rasps can stay whole. Put into your jam pan along with the sugar and lemon juice, mix thoroughly and then leave to macerate for a couple of hours if you have time.

Place the jam pan on a low heat and allow to cook gently for 15-20 mins until the fruit starts to soften.

Whack the heat up to medium/high until you achieve a rolling boil. Cook for a further 15 mins or so, until setting point is reached. If it’s not quite there keep boiling until you’re happy with the consistency. I had to do a couple of saucer tests and flake tests until I was satisfied, despite my thermometer telling me it was the right temperature.

Take the pan off the heat and allow to stand for 10 minutes, using a metal spoon remove the foamy scum from the surface of the jam and put it in a pot to enjoy later. Meanwhile take your jars out of the oven/dishwasher and stand on a heatproof board. To safely get the jam into the jars I pour the hot liquid into a metal jug in batches and then use it to fill the jars. You can also use a jam funnel.

Screw the lids tightly onto the jars and allow to cool before labelling. Enjoy spread thickly on scones or for making jam tarts with the littlies 🙂