My, haven’t you grown my little patch of vegetables…. 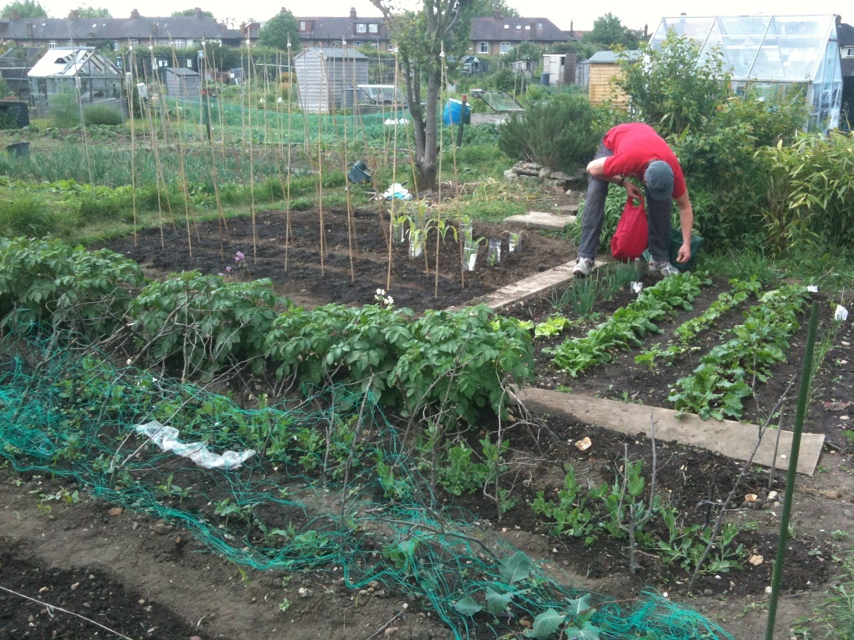 I cannot tell you how much my heart swells with pride every single time I trek up to the lotters to see how my crops are getting on. I’ve had to do a fair amount of watering as it’s been so dry lately, but the warmth has accelerated everything hugely.

It’s such a calming place to spend time – that’s as long as I don’t bring Arlo who just tramples on everything within seconds of arriving and sends my blood pressure into orbit! You have these perfect visions of taking the kids to the allotment and getting them involved, but no. The reality is that until they can be reasoned with – don’t bother!

Five-year-old Sam copes with it just fine and spends most of his time fooling around with the water tank and playing imaginary games with his Star Wars figures in the bushes. He’s also delighted that he can pick salad leaves and eat them there and then.

Since my last allotment update I’ve put in sweetcorn, french beans, courgettes, more potatoes and some pumpkins. It’s all going great guns and we’ve already started eating the spinach and lettuce. Watch out soon for spinach inspired recipes… in fact if you have any ideas send them this way!

I also feel like i’ve proved my metal a bit with my fellow allotmenters – I tap the old geezers for advice whenever I can and have even been given some seedlings and a spare cutting blade. The community spirit is in fine fettle, and I’ve not got caught up in any netting or tripped over the bamboo canes either – hurrah! 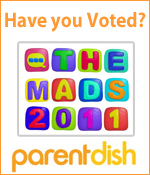 Just as a little aside… I’m delighted after being nominated for Best Food Blog in the MAD Parenting Blog Awards 2011, that I’ve now made the final five!

So if I can ask you all a huge favour… if you think this blog is any good could you please vote for me?! And then get everyone you know to vote for me too?! I’ll be forever in your debt…