Arlo is obsessed with ham, it’s one of his favourite words and definitely his favourite food! So I had considered making a birthday cake in the shape of a pig… however given my husband’s recent conversion to vegetarianism I thought this might be a little inappropriate.

So I opted for Arlo’s other obsession – tractors!

My friend bought me this brilliant book full of novelty cake ideas for children, so I dusted off the cover and found some inspiration. I have to say at this point that I was quite terrified by the prospect of trying to make a cake look like anything other than, well, a cake. This is why I make cupcakes – you just make them look pretty or fun, they don’t have to resemble anything in particular.

How many birthday parties have you been to where you have to politely congratulate the parent for making their child’s cake, but have NO clue what it’s meant to be?!

Well as we weren’t inviting anyone round apart from family I thought this was probably the safest time to have a try. Besides, Arlo’s only two and has a limited vocabulary so couldn’t insult it. 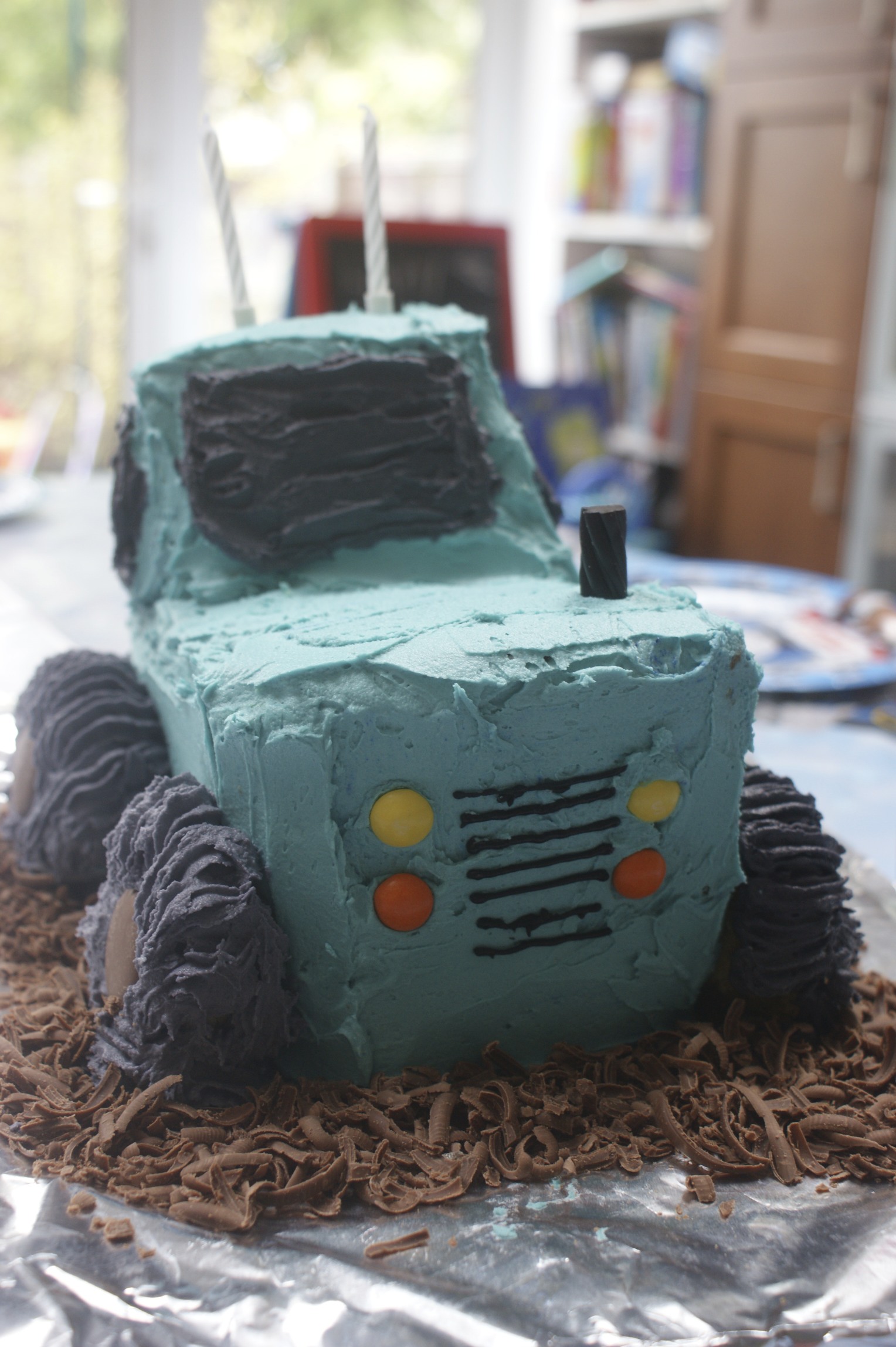 It’s a bit wonky and looks more like those dozy tractors out of Disney Pixar film Cars that keep getting tipped over, but I was nevertheless fairly proud of my creation.

It was basically made up of a huge rectangle of sponge cake which I cut up into various sized building blocks to get my basic shape. Cup cakes were used for the wheels and a whole lot of butter cream used to coat it all. The best bit was creating the soil for the tractor to sit on – grated chocolate. I enjoyed asking people, “Would you like some soil with your cake?”. 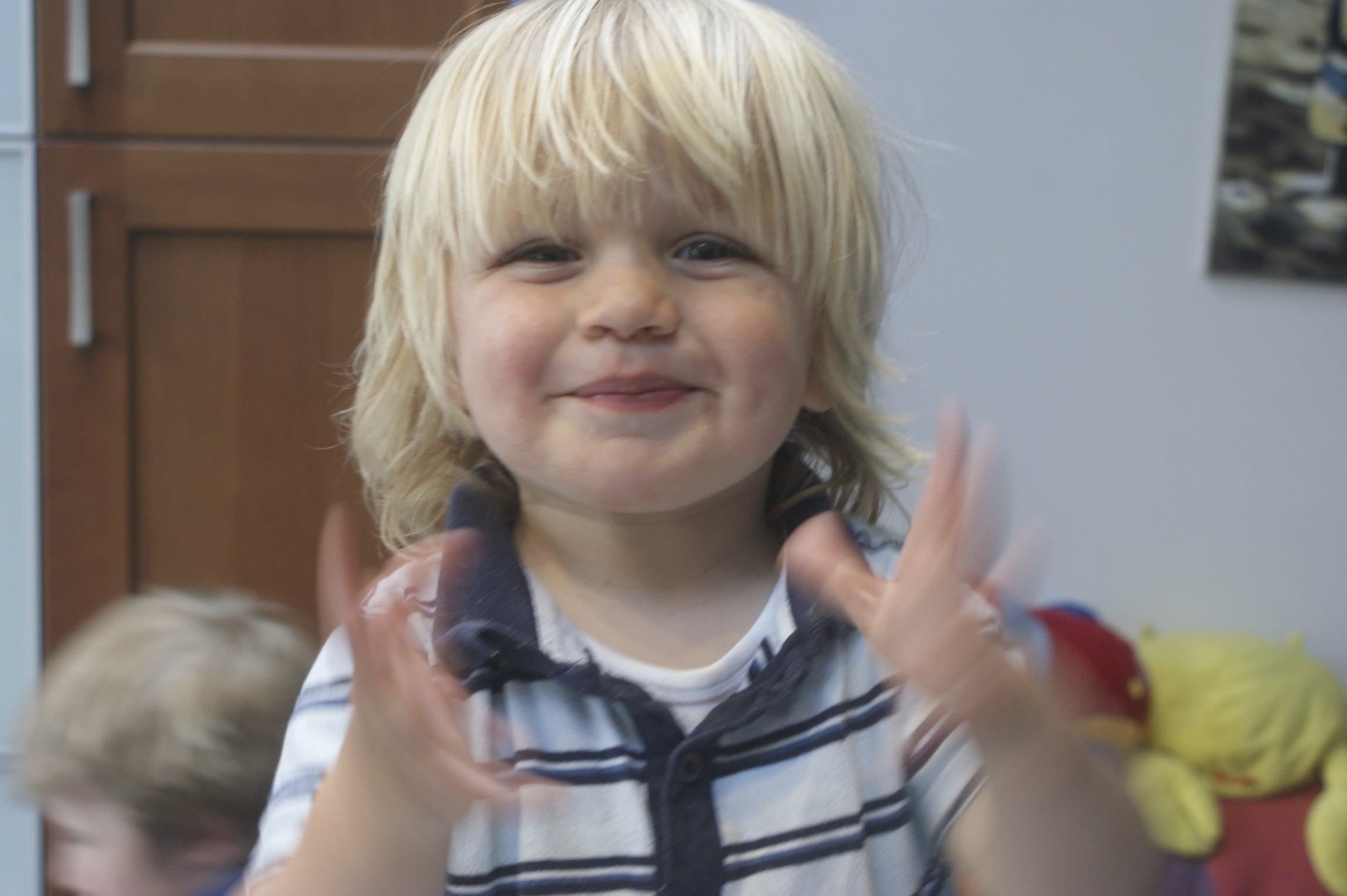 Print
« Shock announcement from the firefighter
A trio of party canapes »