So I’ve finally used up the chocolate mountain in my kitchen this week after making a rather special cake as a warm-up for Easter. 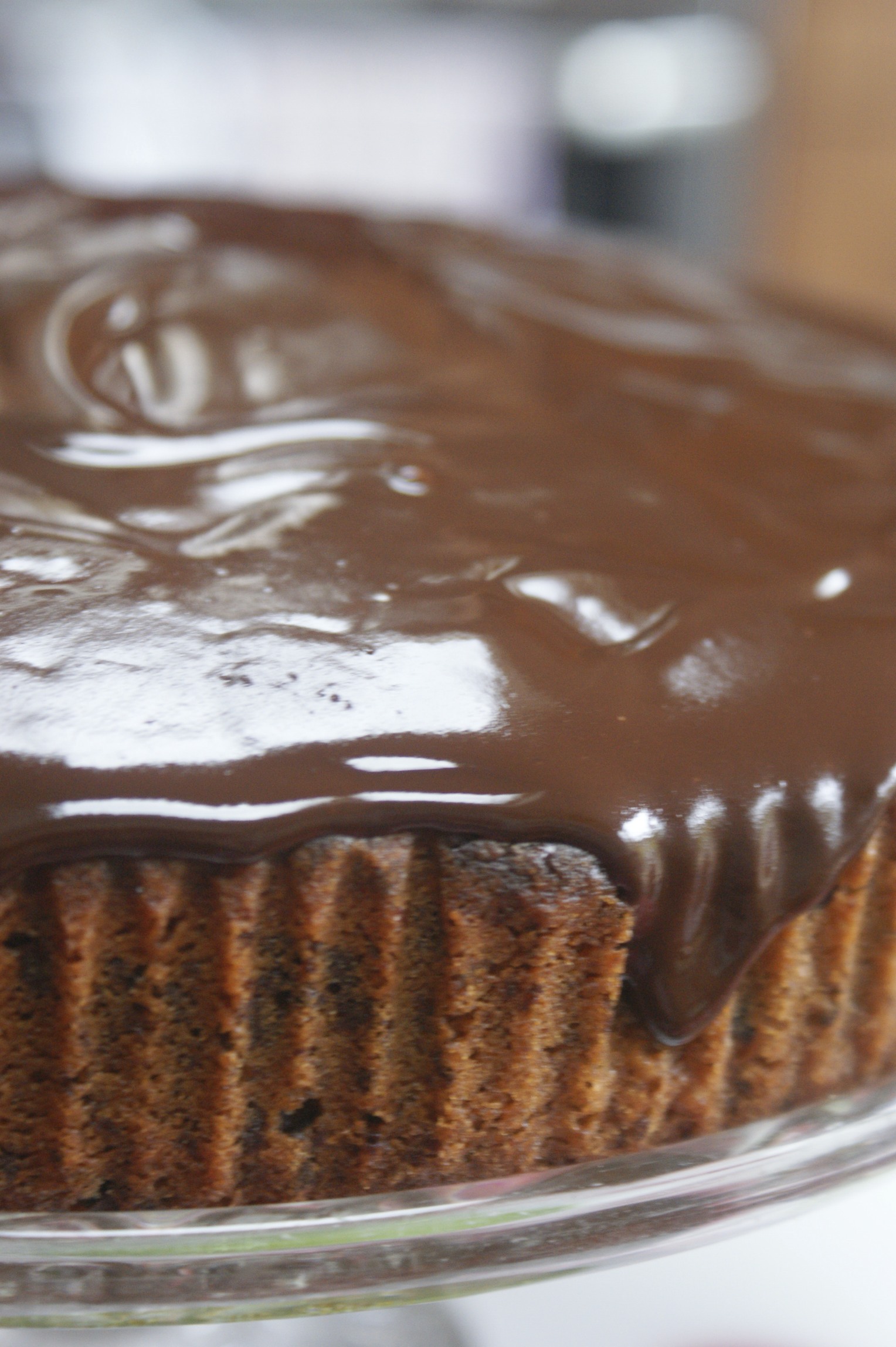 I love trying out new recipes for chocolate cakes, especially ones that are a bit different like the chocolate and beetroot cake I made last summer.

This week’s effort was another vegetable inspired number – this time using mashed potato. I have to admit it’s not the first thing to leap into my mind when wondering how to use up the leftover mash sitting in the fridge.

But it tickled my curiosity so I got stuck in. My mum sent me the recipe which came from a book called Potatoes by Alex Barker and Sally Mansfield

It’s not a particularly easy-to-follow recipe. I’m often not disciplined enough about reading all the way through the instructions before I start, so I get a bit thrown when you’re told you need 250g of butter, but then you use portions of it in different elements of the recipe. I’m a simple creature, I like things to be laid out from the start!

I’ve rewritten it in the hope you’ll find it a bit more straightforward. Be warned though it’s not a ‘chuck it all in a bowl and stir it’ type affair, more a labour of love. 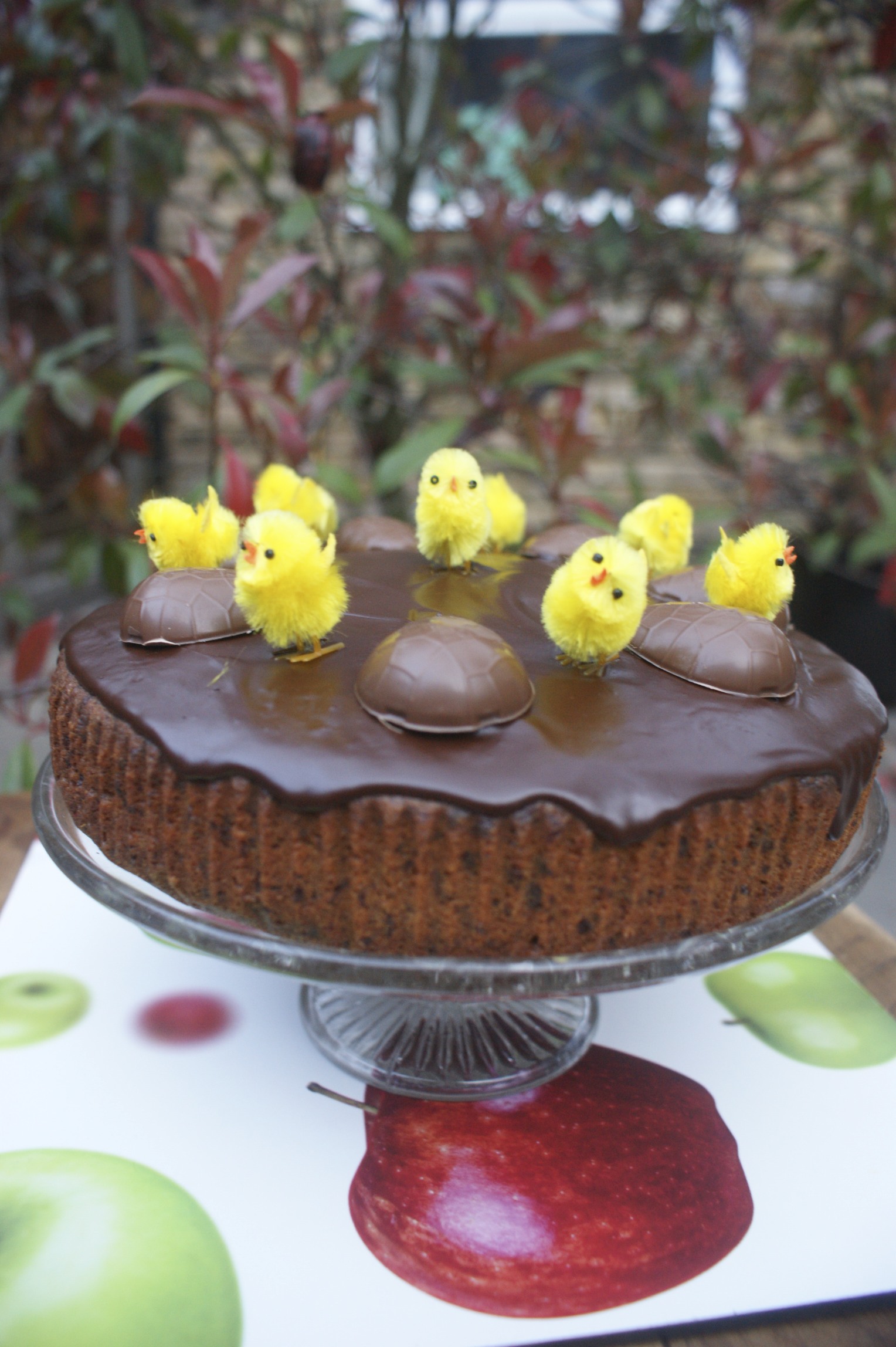 The resulting sponge is attractively flecked with dark chocolate and has a dense texture and intense taste that makes a small portion more than enough. It’d go well with a liberal blob of creme fraiche on the side.

I found the seasonal shelves of Poundland perfect for a few bargain cake decorations. Is anyone else oddly addicted to this shop?

Cute little Easter chicks and some turkish delight-filled eggs were straight in my basket – I also bought a football, some netting for the allotment, a mini wind-up train on a track and Sam’s cat costume for fairy tale dress-up day at school. All this for a tenner!!!

Cream the sugar and 225g of the butter until light and fluffy. Beat in egg yolks, one at a time until mixture smooth and creamy. Mix in 175g grated chocolate and the ground almonds.

Pass the mashed potatoes through a sieve or ricer and stir into the mixture.

Fold the sifted flour and cinnamon in with the milk.

Whisk the egg whites until they hold stiff but not dry peaks, fold into the mixture.

Spoon into the prepared tin, smooth over the top, then make slight hollow in middle to help keep surface of cake level during baking.

Bake for 75 mins or until a skewer inserted in middle of cake comes out clean. Allow cake to cool slightly in tin then turn out onto cooling rack.

Make icing by breaking up remaining chocolate into heatproof bowl and stand over pan of hot water or blast in the microwave. Add the remaining butter in small pieces, stir well until chocolate has melted and mixture is smooth and glossy. Smooth the icing over the top and allow to set.

Decorate with Easter delights and serve with creme fraiche.

This recipe is NOT an April Fool’s joke in case you were wondering!