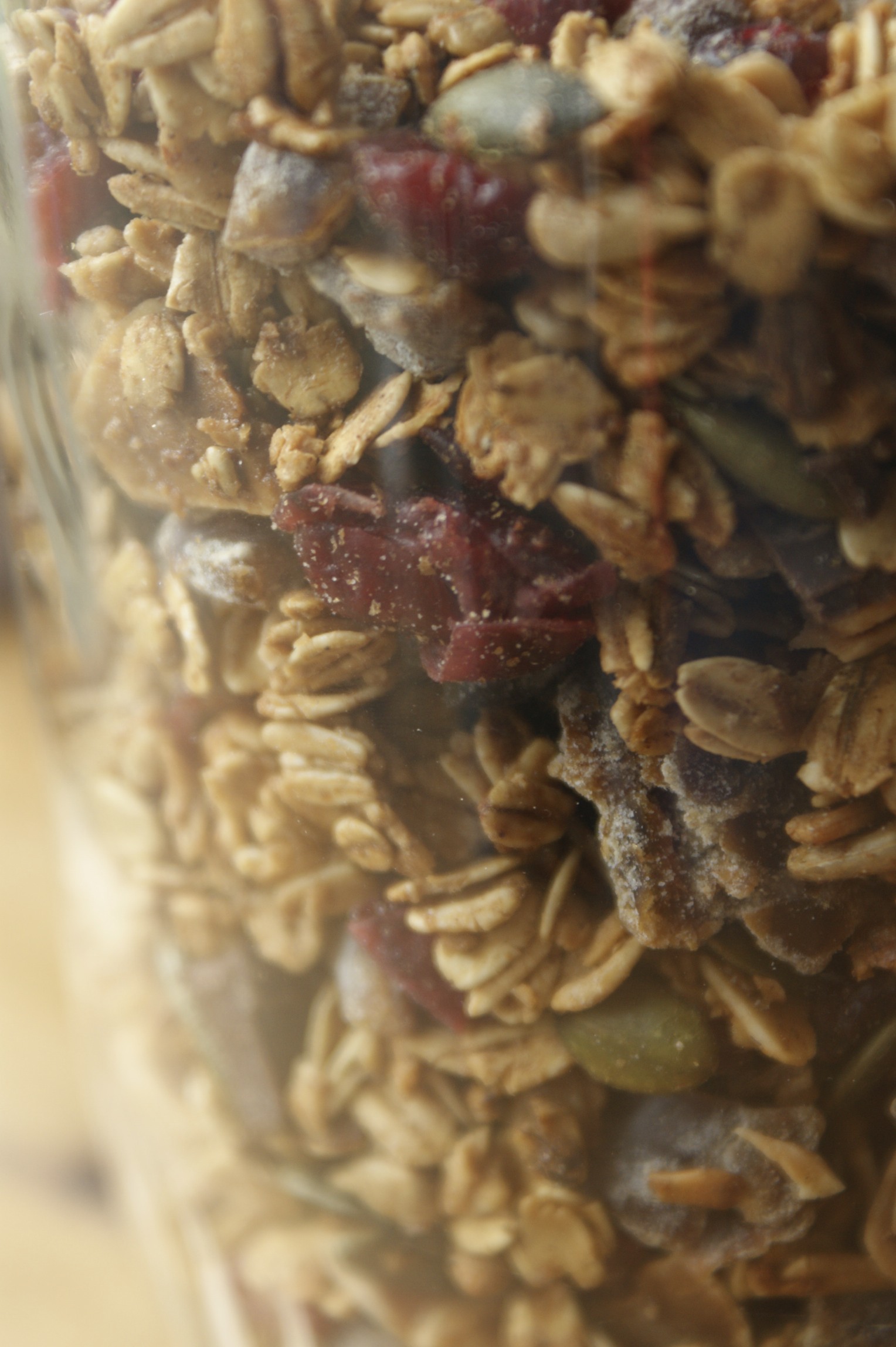 Having bought some oats in already to make flapjacks, I decided to use them up by rustling up some home-made granola. What a quick and satisfying little number this is by the way!

I’d never really thought to make my own cereal, and always thought it sounded a bit poncey, but my god was I missing a trick.

I’ve made enough to fill a big glass storage jar and it’s perfect for scattering over yoghurt, on its own with milk or to give some ice-cream a bit of crunch.

I made a basic mix using oats, pumpkin and sunflower seeds and flaked almonds, then once it was cooked I split it into two and mixed some for the kids and some for the grown ups. Sam hates dried fruit so I just put a smattering of dark chocolate into his. I went to town on ours and added dried cranberries, dates and dark chocolate.

Matthew is still pretty laid out after his accident, so i’ve been treating him to breakfasts in bed since he got home from hospital. He seemed pretty delighted when this arrived on his tray. 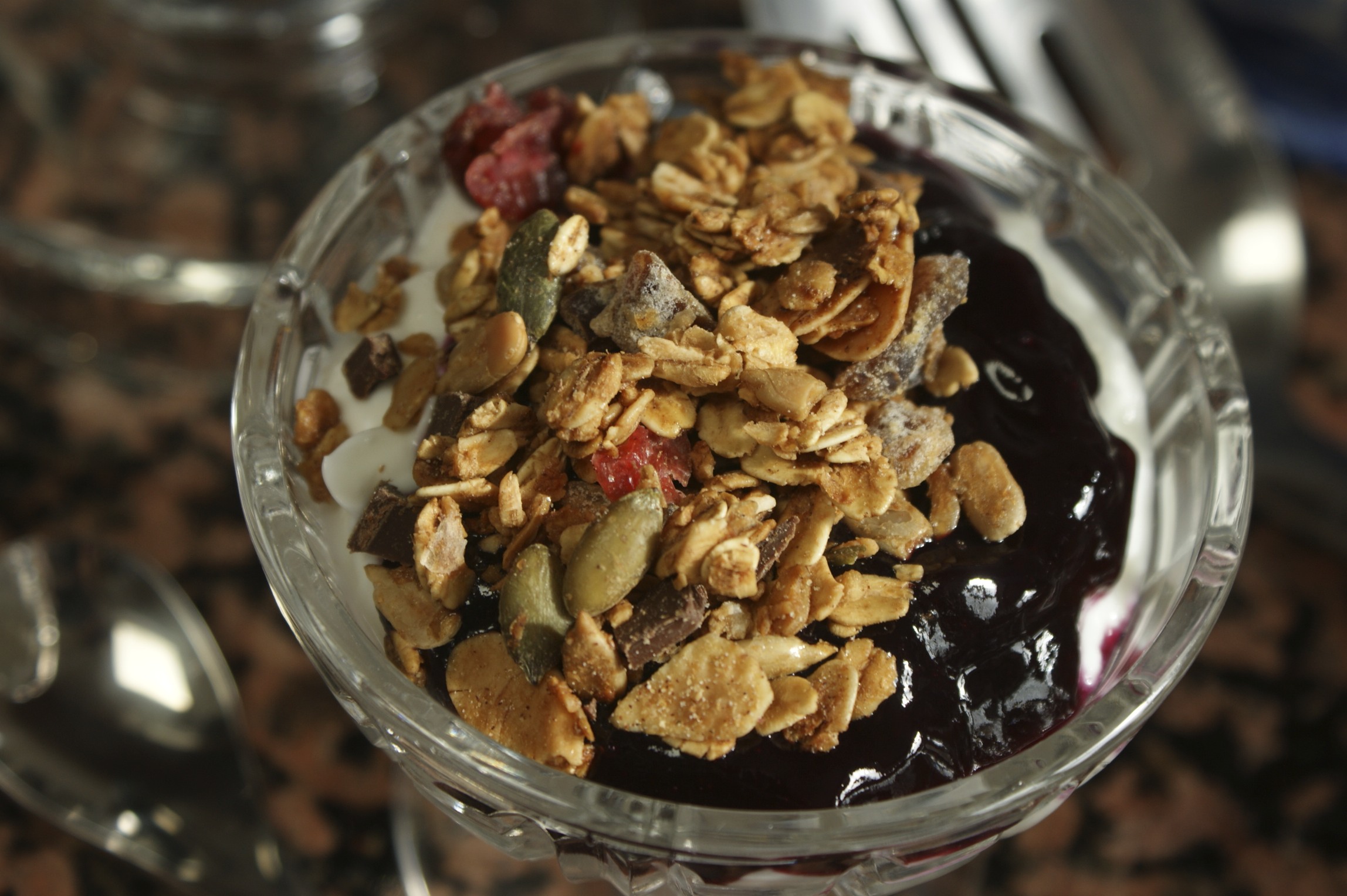 The generous folk at Total Greek Yoghurt had sent me a batch of their new 0% split pots, so we’ve been working our way through them at high speed because the boys are more than a bit partial to them. I used a blueberry one to compliment Matthew’s granola breakfast, the strawberry and honey flavours are also divine; I’m not mad keen for the tropical fruits one but each to their own.

2. Put the oats, seeds, nuts, salt and cinnamon into a large bowl and stir. Mix in the melted butter and maple syrup until all of the dry ingredients are coated in the golden liquid.

3. Spoon onto the baking sheets to create an even layer – don’t worry if you don’t completely fill the second tray. Bake in the oven for 40-45 mins until golden brown, then leave to cool in their trays on wire racks.

4. Once cool, break the mixture up with a wooden spoon and pour back into a large mixing bowl then stir through your dried fruit and chocolate. Store in airtight container/storage jars. It should keep for a few weeks in a cool dark place.