I’ve had the Miele DG 1450 Steam Oven on trial at home in my kitchen for the past month in a test to see how useful it’d be to a family cook. 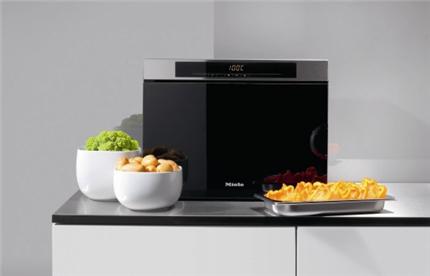 I’ve used a plug-in Tefal steamer before, plus a basket on top of a pan of boiling water, so I was looking forward to seeing the difference.

It’s a sleek looking appliance, about a third bigger than my microwave, and as it’s freestanding I had to clear a large space on my worktop for it to move into temporarily.

It’s super simple to use, you pull a large container out of the cooker and just fill it with water from the tap and then put it back in. You set your temperature (most things seem to cook at 100’C) and then how long you want it to steam for and away you go.

It sounds like a kettle boiling, and some steam does escape from the top of the door. Not enough to do any harm though.

I found myself cooking all of my veg in it because you simply chuck your washed greens on one of the trays and whack it in for about 4 minutes. The results were crisp veggies that don’t lose any of their colour or nutrients. 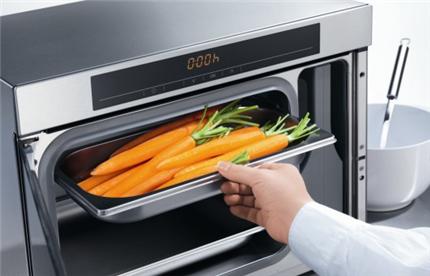 Cooking rice is also a doodle in the steam oven. I’m not brilliantly confident when it comes to this task, so to have a foolproof method on hand has been great. You just put equal parts water and rice in a dish and steam for 10 minutes and you’re rewarded with perfectly fluffy rice.

I had a lot of grand ideas about working my way through the recipe book that came with the steam oven, but of course life in my zoo of a house kinda gets in the way of such schemes.

However when I got an email saying it was time for the oven to move on, a la Littlest Hobo, I quickly mobilised myself into cooking something a bit more adventurous than rice and vegetables! But of course it had to be something that the boys might entertain eating… hmmmm.

I opted for a recipe for a fruity and mild chicken curry that I could just bung in the oven and leave. One pot wonders are my mainstay right now so this fitted perfectly.

The prep is done in a pan on the hob, but then once all the ingredients are combined it gets 45 minutes to languish in the steamy box. The dish emerged beautifully cooked, fragrant and the meat juicy but the vegetables not mushed. 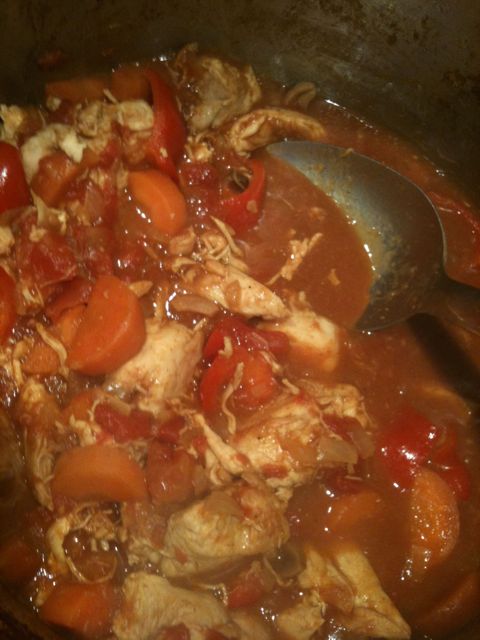 I served the dish with crisp and golden roast potatoes for some added texture and of course something to mop up that wonderful sauce. It was a little on the spicy side for the littlies, so if doing it again i’d scale back the curry paste, but it was lip smackingly tasty. 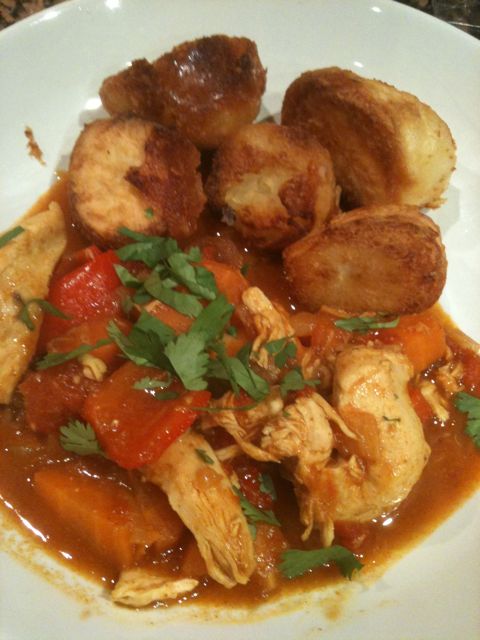 1. Heat the oil in a large frying pan, and fry off the chicken pieces until lightly browned. Remove from the pan and set aside.

2. Add the onion, sweet potato and pepper to the pan and fry gently for 3 – 4 minutes. Stir in the curry paste, ginger, paprika and flour then return the chicken to the pan. Add the wine, tomatoes, mango chutney and 150ml water. Bring to the boil and simmer for 2 – 3 minutes.

3. Transfer the mixture to a deep solid steam container, cover and place in the Miele steam oven, select Cook Universal 100ºC and a cooking time of 45 minutes. I reckon you could cook it in a conventional oven at 180’C for a similar length of time.

4. Remove the casserole from the steam oven. Check that the chicken is cooked and the vegetables are tender. Serve immediately, garnished with the freshly chopped coriander.

So the trial is over and tonight I must box up the steam oven and pass it on to the next lucky person.

It’s been a great addition to the kitchen, but would I buy one? Well not a freestanding one because it takes up too much space. I’d love to have a steam function within my built-in oven, or have a microwave/steam combination.

If I was a Hollywood starlet who needed to live on a permanent diet of steamed fish, chicken and vegetables, then maybe this would be top of my Christmas list. I like the benefits of steam cooking, but as a family cook on a budget Ill have to wait for one of my ovens to break before being allowed a replacement.

We still have a giant box of telly that refuses to break so there’ll be no flatscreen for us in the forseeable either!

« The power of cake – a cupcake decorating masterclass
A jar of Christmas cheer: Cranberry and Apple Chutney »