The day of reckoning for our lobsters arrived. I was undecided about whether I’d have the guts to kill one – so I left it right until the last minute to make up my mind. They were pretty lively from the offset which was a bit grim. 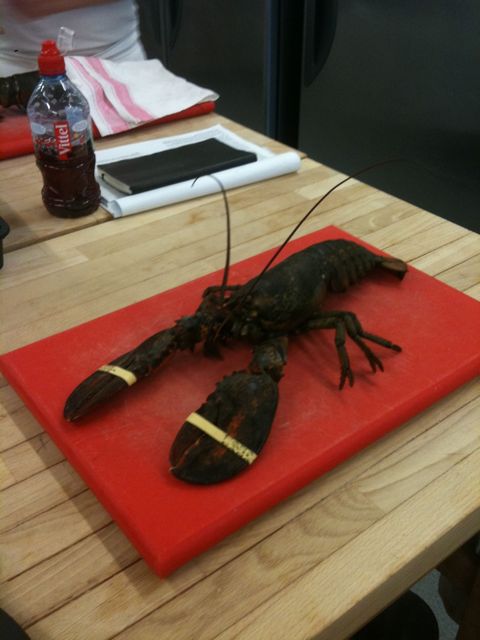 I took a deep breath and a sharp knife and got stuck in. Firstly I had to stroke him to calm him down as he was getting pretty frisky. There there Mr Lobster, don’t worry… really! 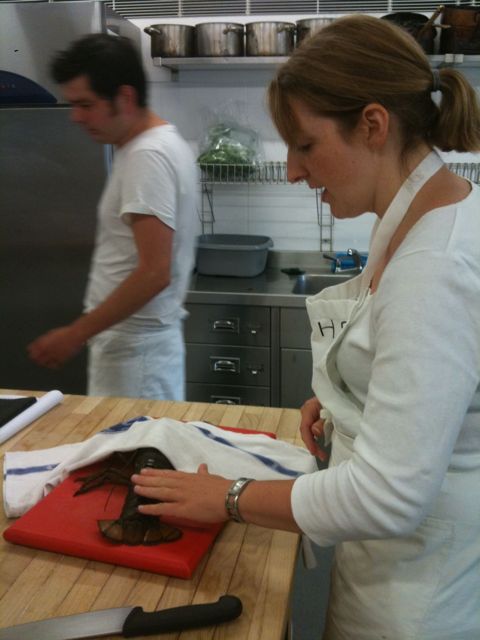 I got one of my fellow students to hold the brute down coz he was really writhing around. Drove the knife into his head to disable his nervous system – the quickest and most humane way to do it apparently. Felt awful truth be told. But if I’m willing to eat lobster I should be willing to kill it really. 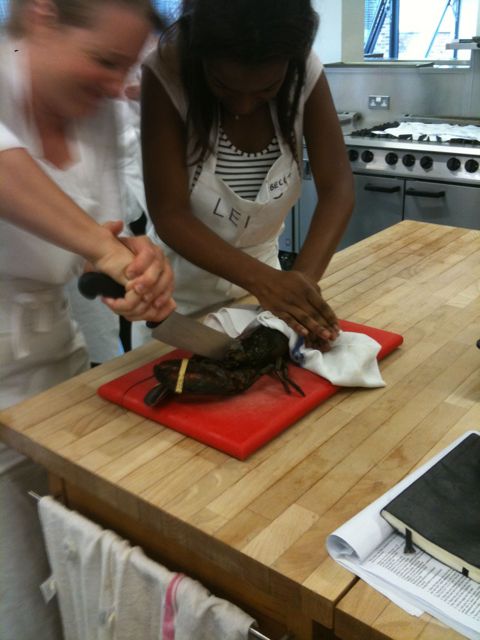 I then cut him in half as swiftly as I could. And then scooped out all the unwanteed bits leaving the lovely white meat. 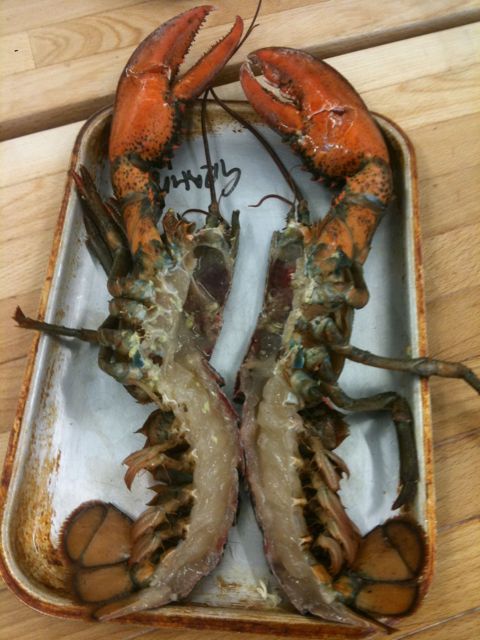 Under the grill he went. It was rather disturbing because they’re still moving and it looks like they’re trying to climb out. But we were assured it’s just the nerves winding down.

I’ll be serving him up with a nice herb salad for Matthew when he gets back from his epic train journey with the boys later. He’ll certainly have earnt it!

There were two main highlights from the demonstration this afternoon, the first was chicken breast with tarragon mousse and spring vegetables. 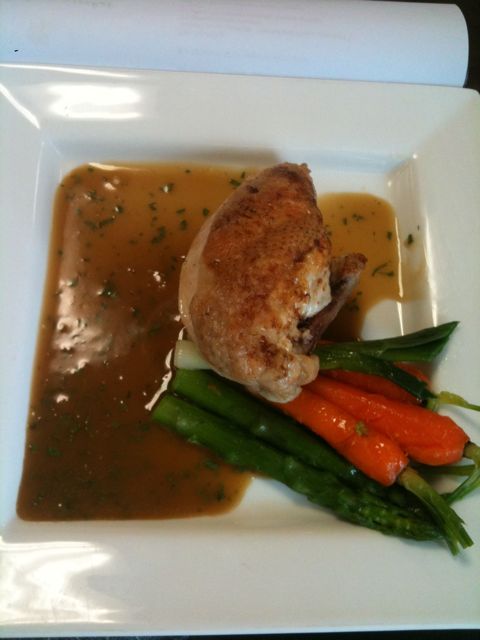 Making the mousse to go inside the chicken breast involves blitzing some raw chicken breast in a processor then forcing it through a fine sieve – keeping it very cold over a bowl of ice. You then blend it with cream, chopped tarragon and seasoning.

You then cut a pocket in the chicken under the false fillet, pipe the mousse in, put the false fillet back over and then wrap it twice in cling film. You then poach the breast for 12-15 mins. This keeps the stuffing inside and cooks it gently retaining the juiciness.

You then pan fry it so it becomes golden and crisp. It was served with an extremely tasty white wine sauce. It’s such a great way of doing chicken for a special dinner – I’m definitely going to give it a go.

The other impressive dish we watched being prepared was Nino Bergese’s ravioli. This is a beautiful pasta stuffed with a spinach and ricotta filling and an egg yolk! So when you cut the parcel with your knife, the egg yoke just oozes out. Soooo appealing! 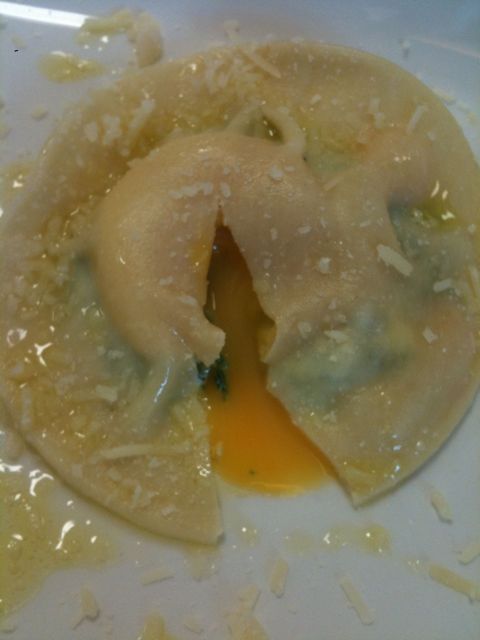 This is a technically very demanding dish, and the instructor had a few failed attempts at constructing the ravioli. Every time she tried to seal the pasta the yolk would pop. If the professionals struggle, lord knows what’d happen if I attempted it. Think I might leave this one! Great to see it and taste it though!

We also had a glimpse of the Clearing technique used for consomme and jelly – this is extremely labour intensive and again, caused the instructor some grief. However it’s good to see mistakes being made because then you learn what to do to rectify them!

Another action-packed day, can’t believe it’s the last one tomorrow. 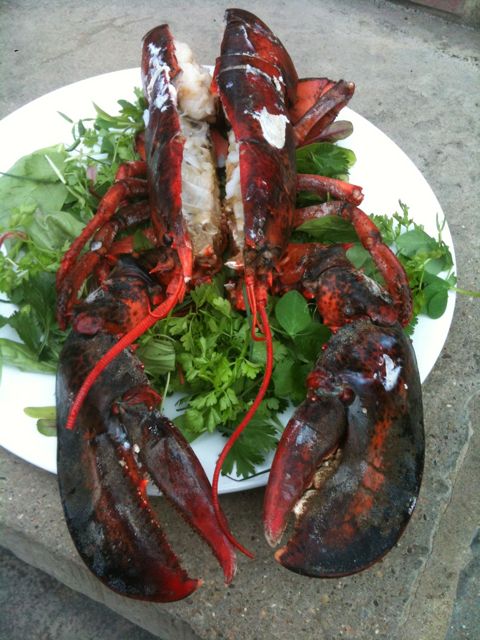 What a magnificent meal! Very proud!