I can never normally be bothered to make fishcakes, and I have to admit when I was making them on Monday I questioned whether I should have even started.

It’s all about time with me. Quite simply I don’t have enough of it. Sam’s only at Nursery for two and a half hours in the morning and in that time I walk the dog, do chores, but also try and get Arlo to have a sleep so I can steal a bit of time to brew up the Bialetti and watch an episode of Glee on my laptop.

It’s a tiny slice of muscially enhanced, caffeinated heaven that I feel very protective over. The fishcake assembly was not an efficient process and threatened to fill my entire Sam-free time slot.

I felt vexed in the extreme as the clock ticked and my hands were coated in flour, egg and breadcrumbs as I tried to form fishcakes that would look as delicious as I hoped they’d taste.

I’d seen some amazing looking fishcakes on Eat Like A Girl’s blog – so had probably got unrealistic expectations of how mine might turn out.

I should have done a bit more reading around people’s different methods before I started. But I just rushed on into a recipe I adapted and didn’t really think about what I was doing.

Anyways, here’s the recipe I used:

Remove the skin from the fish, put in a saucepan, cover with milk and add the peppercorns and bayleaf. Simmer gently until the fish is cooked through and flakes nicely. Drain and remove peppercorns, bayleaf and check for any bones. (you could retain the milk to make a nice sauce to go with the fishcakes if you wanted to)

Meanwhile peel and chop the potatoes and boil until tender. Drain well and then mash.

In a large bowl mix the fish, potatoes, one of the beaten eggs, lemon juice and zest with the fresh herbs. Season. The egg will help bind the mixture. I didn’t bother doing this and found forming the cakes a bit tricksy.

Have your flour, two beaten eggs and breadcrumbs in three separate dishes that will allow you to assemble your fishcakes without too much heartache. I stupidly used quite deep cereal bowls when I should have used something flatter.

At this point you should flour your hands – I didn’t bother and got in a right sticky mess!

Start to assemble your fishcakes by using a round pastry cutter. Press a ball of mixture in the cutter to help form your nice round shape, remove and then coat in flour, then egg, and finally breadcrumbs.

Place your fishcakes in a large dish lined with greaseproof paper and chill for as long as you’ve got – minimum 30 minutes.

To cook them use a large frying pan with a thin layer of oil. Cook over a medium heat for about 4 mins, flip over and then for another 3 mins. Do check them though coz mine went very dark quite quickly. 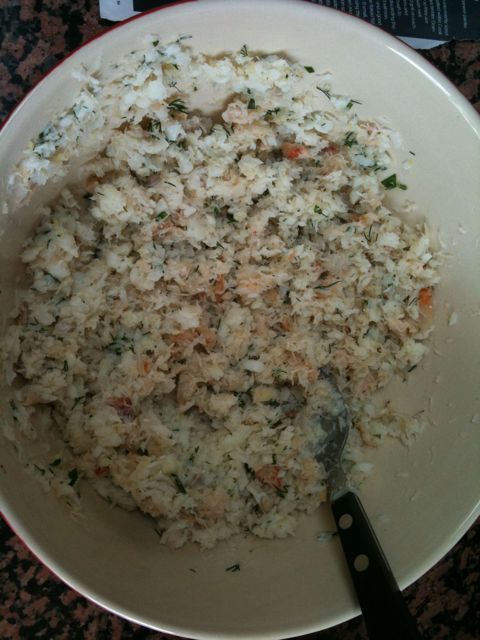 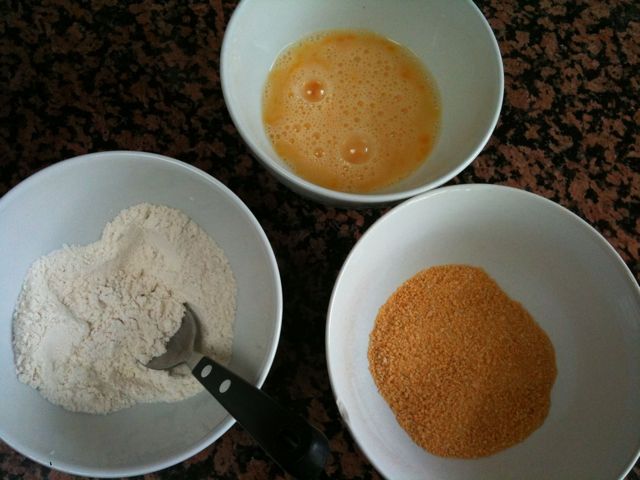 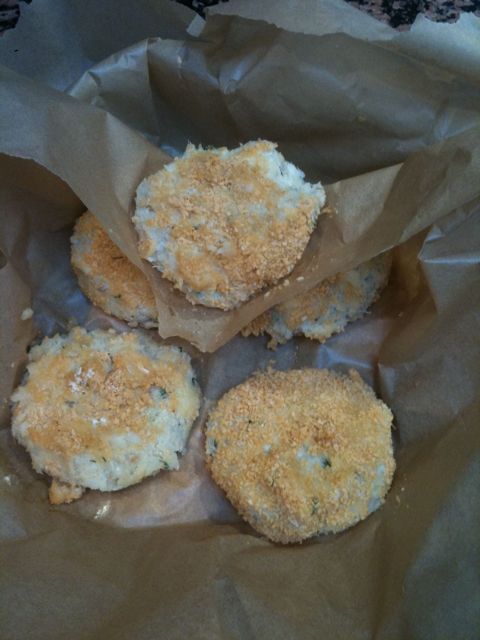 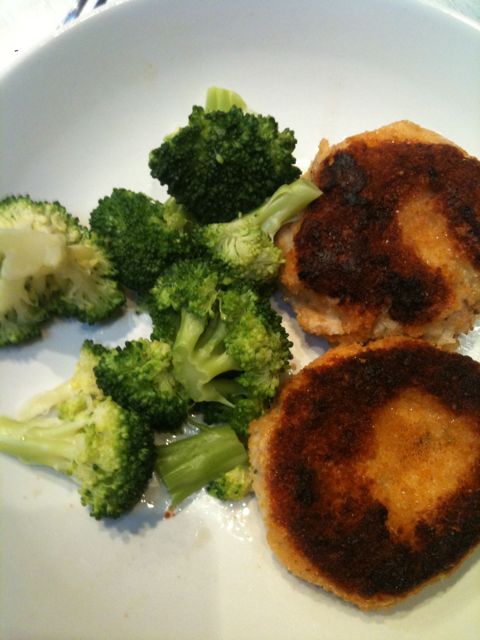 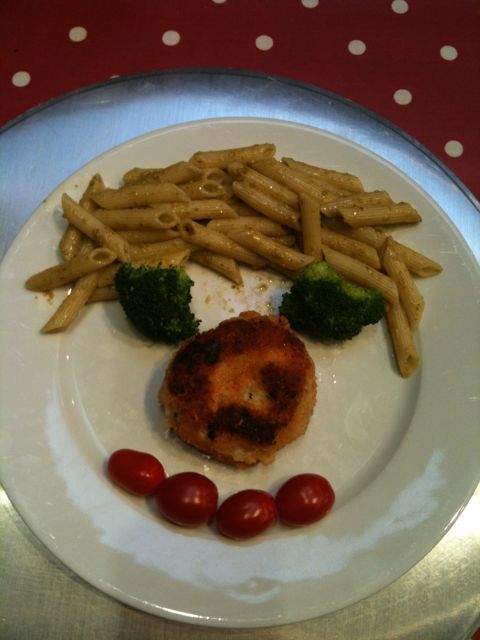 The results were pretty rustic looking! However, cut those ugly ducklings apart and inside awaited a fluffy white swan of a filling. Equisite, fresh and light with a crispy outer layer.

I served them up with broccoli and sweet chilli sauce – for me. And for Sam I had to make it look a bit more interesting… with the help of some pasta and cherry tomatoes. The things we do for our children…

Arlo wolfed it down. And as I mentioned yesterday, Sam refused to touch the fishcakes until I pulled the dessert trick on him. Once he’d had a mouthful of the fishcake he realised I wasn’t trying to torture him. “Oh yes Mummy, it IS nice, you WERE right, it’s delicious!”.

It’s a battle every day, but victory is so sweet!