I’m on a roll this week – tonight’s dinner literally did not touch the sides. Sam even wanted second helpings!!!! This recipe is definitely a keeper!

After a day without mummy’s little helper, i.e. the TV, I was beyond grateful to have a dinner without any flashpoints. Sam refused to go to bed last night. Even when we said there would be no TV the next day. It was 10pm before he fell asleep, and needless to say he was impossible to extract from his bed this morning.

The absence of Cbeebies and Citv meant that Sam was forced to (shock horror) play with his toys. He protested for about three minutes and then just got on with those funny imaginary games he plays with his action figures – love love love the commentary he gives it!

Anyway he was also keen to help cook dinner, so I let him make the sauce. He’s getting pretty handy with the stick blender these days… 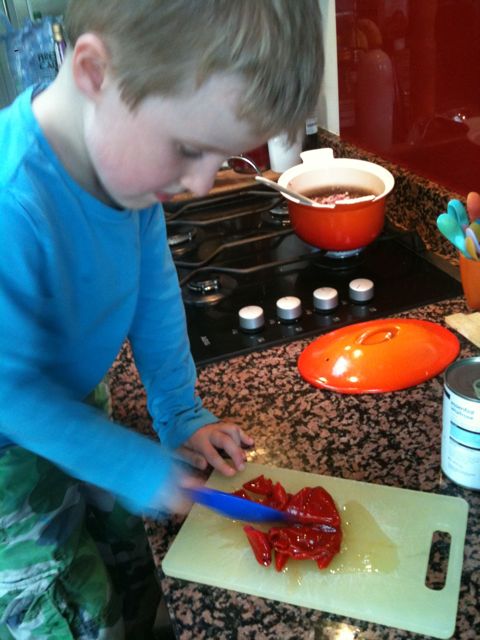 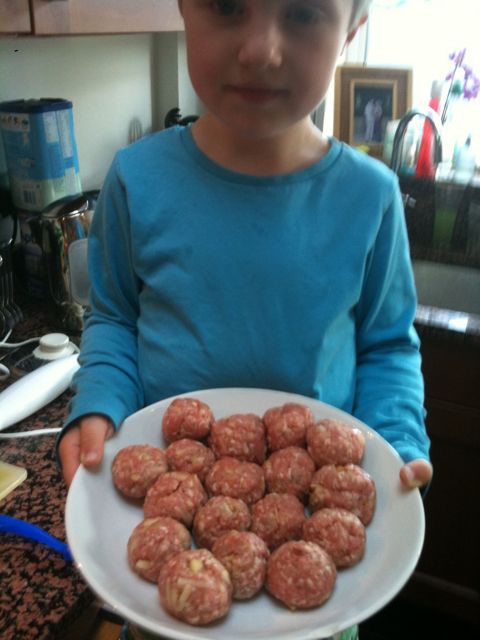 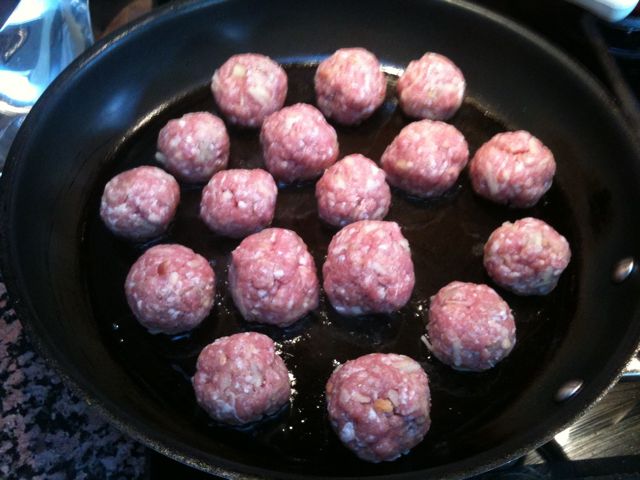 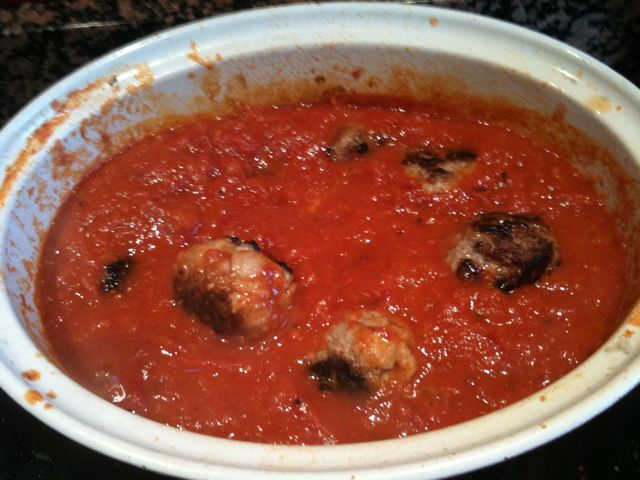 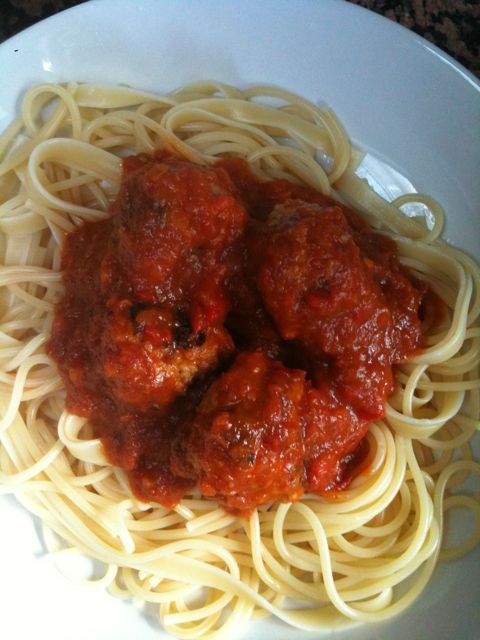 1: Put the pork mince in a bowl and stir in the apple, garlic, breadcrumbs and some salt and pepper. Shape the mixture into 16 balls, cover and chill for 10 mins.

2: Meanwhile, make the sauce. Heat the oil in a medium saucepan and add the onion. Cook for 2-3 mins, until softened, then tip in the tomatoes and half a can of water. Stir in the peppers along with some salt and pepper. Partially cover and simmer for 15 mins.

3: Heat the oil in a large non-stick frying pan and add the meatballs. Cook for 5-6 mins, turning occasionally until they are browned all over. Set aside and keep warm.

4: Using a hand-held blender, whizz the tomato sauce until smooth. Carefully add the meatballs to the sauce and simmer for 5 mins, until cooked through. Meanwhile, cook the spaghetti following pack instructions, drain, then divide between serving plates. Top with the meatballs and sauce.

Kids love this coz it’s quite sweet and also because you blend the sauce there are no dodgy lumps for them to whinge about.

For a hassle free meal you can prepare the meatballs in advance and keep them in the fridge. You could also make the sauce and blend it. Then when you’re ready to eat all you’d need to do is cook the meatballs, heat the sauce and then add the meatballs for the final stage of cooking while you’ve got the pasta on the boil. Job done!

We scattered ours with lashings of grated fresh parmesan and black pepper.

So another success. But no luck on the bedtime front again. Looks like another TV free day is on the cards – think we may have to spend the afternoon making cheesecake – nightmare!