Dinner was late this evening – as usual I got started on recipes I’d not tried before and underestimated how long it’d all take.

The troops got understandably quite restless, but Matthew did a grand job of keeping the boys out of the kitchen and in the garden spoaching about.

When I’d got my Tessa Kiros book out yesterday for the banana bread recipe, I noticed this little beauty:

Put a pan of salted water on to boil. Add the unpeeled potatoes and boil, covered, for about 20 mins, or until they are soft and completely cooked through.

Drain the potatoes and, when they are cool enough, peel them. Mash them well in a wide bowl. Add the mince, Parmesan, egg and salt and mix thoroughly with your hands.

Roll into balls about the size of small walnuts and then flatten them a bit into little ovals. Put the breadcrumbs on a plate and pat the croquettes in them to coat both sides.

Drizzle about 2 tbsps of oil over the bottom of a large baking tray, spreading it around with the back of a spoon. Pack the croquettes like tight soldiers on the tray and drizzle lightly with another couple of tablespoons of oil.

Put the tray in the oven and bake for about 30 mins, or until the undersides are nicely golden and a bit crisp. Turn them over gently and bake for another 10 mins, or longer if necessary.

Serve warm or at room temperature with a small scattering of salt, if you think they need it. 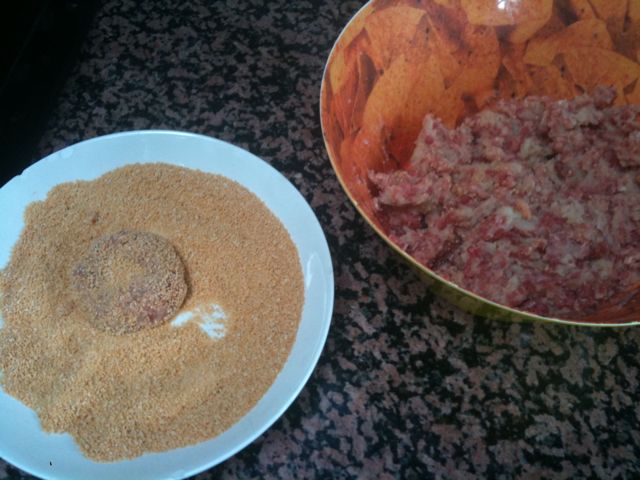 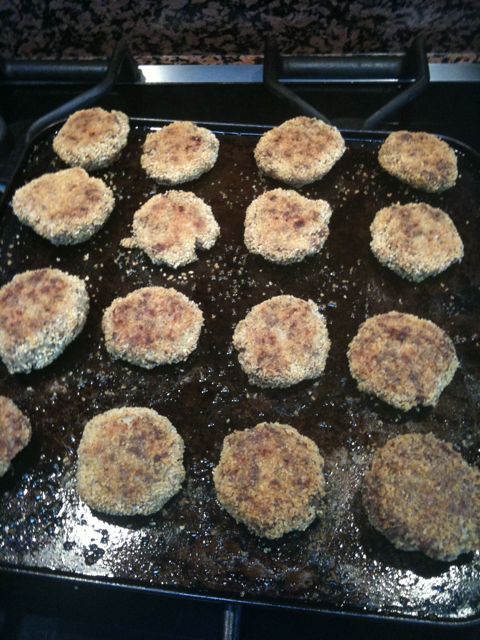 Not sure about boiling whole potatoes and then peeling afterwards – I think I’d peel and cut them up first next time!

I think they’d make great nibbles at a drinks party or kids birthday.

I decided to whizz up some houmous while I was waiting for the croquettes to do their thing in the oven.

As I’ve just bought Rosie Lovell’s book Spooning With Rosie, I decided to try out her houmous recipe.

Drain the chickpeas and rinse thoroughly.

Place all the ingredients in a jug and whiz up with a hand held blender.

Do taste, as getting the balance of houmous right is a satisfying calculation and can take a little playing around.

I found this tasty but garlicky – I can still taste it now!

You can add things like coriander, sunblushed tomatoes and olives for a different spin. 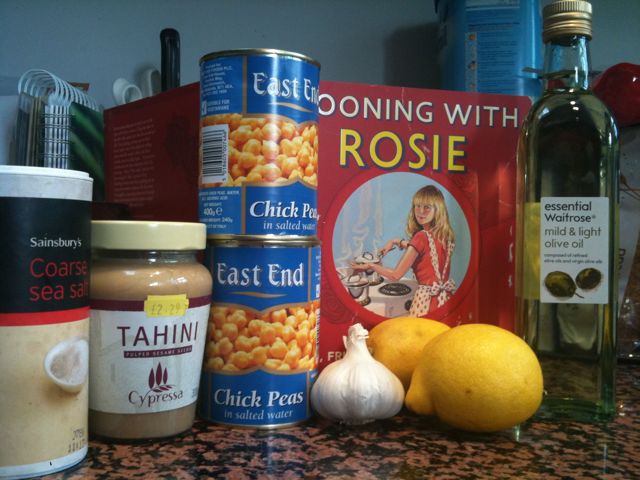 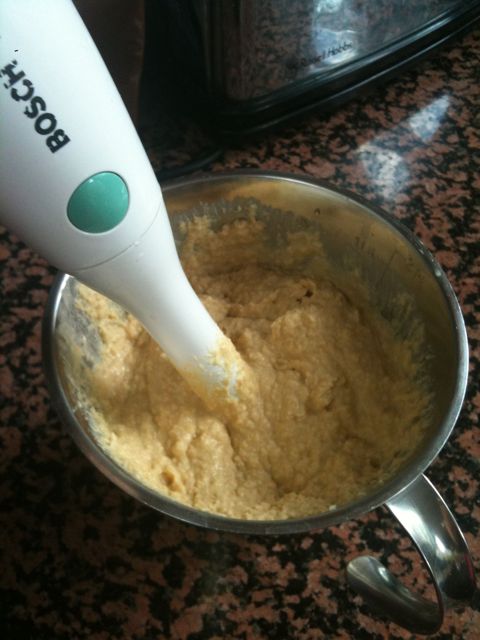 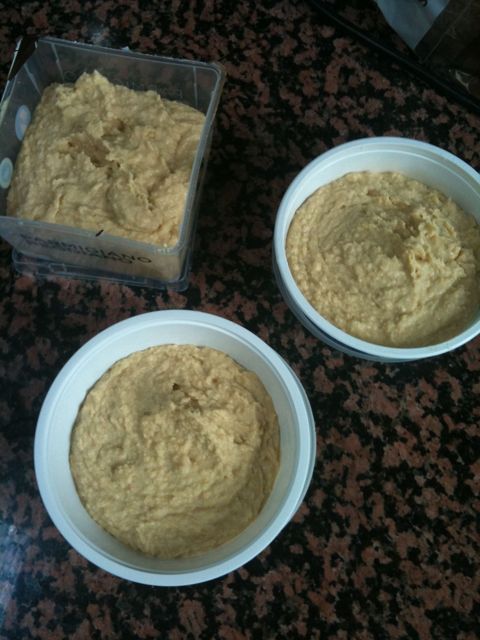 So a very tasty supper and pretty cheap at that!

Matthew and Arlo hoovered it up. Sam started enthusiastically, but a few mouthfuls in decided it wasn’t for him. He ate salad and pitta instead.

I thought both recipes were fun to make and would defo knock them up for a party. But as it’s not a tick from Sam it’s not making the list for everyday meal options. 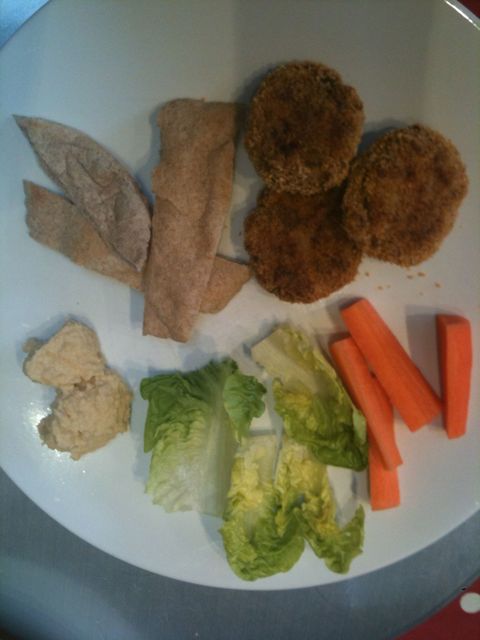